The Tur introduces the laws of the Yamim Nora’im by citing Pirkei D’Rebbi Eliezer (chapter 47), which states that when Moshe Rabbeinu ascended Har Sinai on Rosh Chodesh Elul to receive the second luchos, shofar blasts accompanied him so that the Jewish people wouldn’t err again and worship idols.

Today, we blow shofar after Shachris during Elul to inspire Klal Yisrael to do teshuvah – in line with the question of Amos, “If the shofar is sounded in the city, do the people not tremble?” (Amos 3:6). The shofar is also intended to confuse the Satan.


R’ Aharon Tausig asks why the Tur chose to quote R’ Eliezer in introducing the laws of the Yamim Nora’im and suggests an answer based on the Bais Yisroel of Mattesdorf:

The “R’ Eliezer” of Pirkei D’Rebbi Eliezer is R’ Eliezer Horkenos, who did not learn Torah until the age of 22 when he abandoned his work in his father’s fields and went to Yerushalayim to learn with R’ Yochanan ben Zakai. He became a preeminent scholar and his chiddushei Torah became famous.

When we start doing teshuvah. the Evil Inclination tries to demoralize us, telling us that there’s no hope. So the Tur chose the words of R’ Eliezer to inspire us; we can tell the Evil Inclination that just as R’ Eliezer made one far-reaching decision by which he attained lofty levels, so too we can change our lives and return to Hashem with love.

R’ Yehuda HaNasi starts the Mishnah with the words of R’ Eliezer to teach us a similar lesson. When we sit down to study Torah, the Evil Inclination tries to discourage us and break our spirit by telling us that we won’t accomplish much. Our response is: If R’ Eliezer was able to attain greatness even though he only began learning at age 22, certainly we will be able to reach high levels as well.

From Rosh Chodesh Elul through Yom Kippur, we try to do teshuvah to ensure a favorable judgment for the year to come. Our sages tell us that regardless of one’s spiritual level, the mitzvah of tzedakah is especially effective in helping secure such a judgment. The Beer Chaim says that one who gives charity has the power to even resurrect the dead.

Even if one sinned gravely, giving tzedakah can effect complete atonement. We learn in Mishlei (10:2) that charity can save a person from death. Sefer Me’il notes that tzedakah is often called “damim,” which also means blood. He explains that tzedakah gives one life just like a blood transfusion gives a person life.

During the last few months, the Jewish community has been hit especially hard with loss of life and severe financial setbacks. Many employees have been furloughed or fired, and small businesses have been forced to close forever. I have met many families who have been deeply affected by the pandemic, and their stories are tragic, but the other day I had an experience that somehow was exceedingly heart-wrenching.

A woman called and told me her husband had succumbed to the virus after a long struggle. She wanted to meet me with her two children for words of encouragement before the Yamim Nora’im. She related that she had been married for 20 years, and her husband had been her everything. Now that he was gone, she found it difficult to get up in the morning.

The only thing that kept her going was her children. She looked tenderly at her son and daughter and softly murmured, “He was the ideal loving father, and these two were his greatest simcha and nachas in this world.”

The children, sitting on each side of her, gently patted her on the back every once in a while, reassuring her that things would get better. She said it was ironic that just before her life changed so dramatically, she and her husband had managed to pay off a large outstanding debt. Now, with no source of income, she was finding it challenging to afford simple daily necessities.

This woman, and many others like her, needs our chizuk, including financial assistance, especially before the yamim tovim, so that they can celebrate with grace, along with all of Klal Yisrael. I will never be able to forget the image of this young woman and her precious children.

I call on all of my loyal readers and friends of The Jewish Press to help me before yom tov in my undertaking to collect money on behalf of the destitute people in our community. Feel the pain of your brethren and take a part in this great mitzvah. I personally distribute the monies from the special Yom Tov Fund I have established directly into the hands of those who are most in need.

In the zechus of your contribution, may you merit blessing and success, good health, nachas, happiness, and prosperity. If you wish to include with your donation the names of people in need of shalom bayis, a shidduch, refuah, parnassah, etc., please do so and I will say special prayers on their behalf. 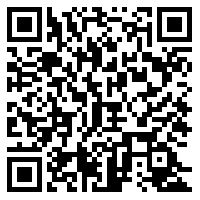