Biblical Hebrew has two sets of words for parents-in-law: “cham”/“chamot” and “choten”/“chotenet.”

In traditional patriarchal societies, a woman leaves her parents’ family and joins her husband’s upon marriage. Rabbi Samson Raphael Hirsch (1808-1888) thus explains that when a woman enters her new family, her husband’s relatives surround her like a “wall” (“chomah”), so she calls her parents-in-law cham and chamot. A man, though, does not join a new family; rather, his family merely creates a matrimonial connection with another family, so he calls his in-laws “choten” and “chotenet,” which (like “chatan” [groom]) are words related to connection.

Rabbi Shlomo Pappenheim of Breslau (1740-1814) traces “cham”/“chamot” to the Hebrew biliteral root chet-mem, which means hot. He explains that when a woman joins her husband’s family, she must stress the warm love she receives from her newfound relatives in order to honor her husband. Given that the Bible metaphorically refers to love as fire (see Song of Songs 8:7), it makes sense that a bride’s warm love for her new family would be expressed by a cognate of the Hebrew root for heat.

The groom does not join a new family, but rather branches off from his own family, creating a new subdivision of it. A groom, therefore, says Rabbi Pappenheim, is called a “chatan,” a word derived from the two-letter root chet-tav, which means descending or laying down. A husband’s parents-in-law are called “choten”/“chotenet” because by allowing him to marry their daughter, they afforded him the opportunity to open this new branch of his family.

The great kabbalist Rabbi Menachem Azariah of Fano (1548-1620) offers another way of explaining the difference between these two terms. When soulmates get married, their souls’ spiritual lineage are on par with one another such that a husband and wife can also be called brother and sister. “Choten” is thus a portmanteau of “achot noten – a sister, he gives” and refers specifically to a man’s father-in-law, who gives his son-in-law his “sister” – i.e., his wife. Thus, “choten”/“chotenet” are a man’s parents-in-law.

A man parents, however, do not give their son to a woman the way a woman’s parents give their daughter to a man, so they can’t be called “choten”/“chotenet.” They contributed to the union simply by giving birth to the man she married. Thus, they are called “cham”/“chamot” (“yechematni” means birth – see Ps. 51:7).

The Radak points out that in Mishnaic Hebrew, “cham”/“chamot” is used for both sets of parents-in-law (see Kesubos 1:5, Yevamos 1:1). The same is not true, though, of “choten”/“chotenet,” writes the Pri Megadim (1727-1792). Why is that? He answers based on a hyper-literal meaning of the terms in question.

On the other hand, “choten” is related to “chatan” (groom) since a man’s father-in-law is the person who made him into a chatan. A cognate of “choten” (“chotenet”) was adopted to also refer to a man’s mother-in-law. But, considering the origin of the word, it couldn’t be appropriated to refer to a woman’s parents-in-law.

In one of his brilliant suggestions (in his work Shem MiShimon), Rabbi Pollack argues that since “chami” in the sense of a man’s father-in-law is based on Aramaic, it is preceded by the Hebrew word “mori” so as to honor Hebrew before Aramaic. However, when it comes to the traditional term for father, since both words are Hebrew, one should say “avi” before “mori.”

If you enjoy this column, please consider helping fund the upcoming third edition of my book, “Lashon HaKodesh: History, Holiness, & Hebrew,” at http://bit.ly/3hebrew. 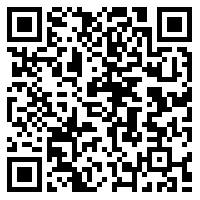