One of most famous passages in the entire Bible reads: “Moses commanded us a Torah – a heritage (morashah) for the congregation of Jacob” (Deuteronomy 33:4).

The rabbis exegetically interpreted “morashah” in this passage as “me’orasah” (betrothed woman), teaching us that the Torah’s connection with the Jewish people is akin to a wife’s bond with her husband (Berachos 57a and Pesachim 49b).

The Torah’s word for betrothal is “erusin,” and its cognates appear throughout the Bible. The Mishnah, however, more often uses a different word: “kiddushin.” In fact, the Mishnaic tractate on the laws of betrothal is entitled “Kiddushin.” But why use this word when the Bible uses “erusin”?

Before we delve into linguistic explanations of “erusin” and “kiddushin,” a few points about the halachic definition of marriage must be clarified. According to halacha, getting married is a two-step process. The first step, known as erusin/kiddushin, involves the bridegroom betrothing his intended wife. At this point, she is halachically considered his wife and the prohibition of adultery comes into full swing. However, the new couple may not live together until the second stage of marriage, called nissuin (which is effectuated by chuppah).

Thus, an erusin/kiddushin (a betrothal) is not the same as a modern “engagement,” which colloquially refers to a couple agreeing to marry each other. Rather, erusin/kiddushin is the first stage of marriage. In Talmudic times, what we call engagement was called shidduchin. (To confuse matters, in Modern Hebrew, “erusin” does, in fact, mean engagement.)

On the first page of Tractate Kiddushin, the Saboraic sages ask why the Mishnah (Kiddushin 2:1) refers to betrothal as “kiddushin” rather than “erusin.” They answer that “kiddushin” is related to “hekdesh” (consecrated property), and just as consecrating a property makes it off limits to anyone seeking to derive benefit from it, so too betrothing a woman forbids anybody from being with her.

The truth is that according to Biblical law, a couple is permitted to live together once the first stage of marriage (erusin/kiddushin) has been completed. The Rabbis legislated, though, that the groom and bride are forbidden to one another until they complete the second stage of marriage – nissuin (see Kallah 1:1 and Rashi to Kesubos 8a).

In light of this fact, Rabbi Alexander Sender Shor (1660-1737) and Rabbi Elazar Moshe Horowitz (1817-1890) explain that the rabbis used the term “kiddushin” to accentuate the point that through kiddushin a woman becomes like hekdesh – forbidden to everyone else in the world, including her husband. By contrast, the Torah uses the term “erusin,” which implies nothing about a woman being prohibited to her husband since according to Torah law, she, in fact, is not forbidden to her husband.

Tosafos’s argument is evidently based on the fact that the laws of kiddushin are comparable to those of hekdesh. If one consecrates half an animal for sacrificial purposes, the entire beast becomes holy. Therefore, if one betroths half a woman, the whole woman is betrothed. If one, however, betroths a woman using the terminology of “erusin” (a word that has no connection to hekdesh), the betrothal only takes half effect. 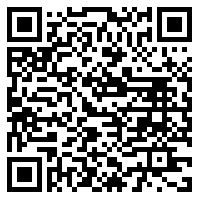