Before the Sinaitic revelation, G-d promises the Jewish people, “And I will carry you on wings (kanfei) of eagles and I will bring you to Me” (Exodus 19:4).

Another verse (Deuteronomy 32:11) that describes G-d’s affection for us reads, “Like an eagle…He will spread His wings (kenafav) and He will take them, He will carry them on His wings (evraso).” In addition to these two words – “kanaf” and “ever” – a third word for wing, “agaf,” appears several times in the Book of Ezekiel.


Although “kanaf” primarily means the wing of a flying animal, it also became synonymous with birds themselves (see, for example, Genesis 7:14). Rabbi Avraham Bedersi HaPenini (a 13th century Spanish sage) explains that because the wing is located at the edge of a bird’s body, “kanaf” came to mean anything located on the periphery or edge of some thing or place (see Deuteronomy 22:12, I Samuel 24:5, Isaiah 11:12, Ezekiel 7:2, and Job 37:3).

Rabbi Shlomo Aharon Wertheimer (1866-1935) notes that the rays of the sun are also called “kanaf” (Malachi 3:20). Why? Because just as wings appear like branches of a bird’s body, the sun’s rays look like offshoots of the great fireball.

Rabbi Wertheimer further notes that wings create shade and thus serve as a metaphor for offering protection. Hence the idiom of “taking somebody under one’s wings,” in the sense of offering him protection and support (see, for example, Deuteronomy 23:1 and Ruth 2:12 and 3:9).

To understand the core meaning of “kanaf,” Rabbi Samson Raphael Hirsch (to Genesis 1:21, and 7:14, and Leviticus 19:11) invokes the interchangeability of kaf and gimmel and peh and bet and compares “kanaf” to “ganav” (thief). Rabbi Hirsch notes that both words involve hiding or concealing, explaining that a bird’s wing covers part of its body and thus hides it just as a thief steals from people in a clandestine, hidden way.

Alternatively, a bird’s wings allow it to soar so high in the sky that it becomes hidden from plain sight just like a thief steals when nobody is looking.

In Yerios Shlomo, Rabbi Shlomo Pappenheim (1740-1814) claims that “kanaf” derives from the biliteral root kaf-peh, but doesn’t offer a thematic connection between the two. In Cheshek Shlomo, Rabbi Pappenheim offers a detailed exposition on the root kaf-peh (receptacle) and various words derived from it (like “kaf,” palm) but doesn’t mention “kanaf” among them.

He does mention “kapayim” (heavens), which he explains is the sky draped over the horizon like a receptacle-shaped kippah (dome). Perhaps, then, “kanaf” is the bodily apparatus by which a bird can reach towards the kapayim.

As for the word “ever”: Although we translated it as “wing,” many prefer to translate it as “pinion” – that is, the outer part of a bird’s wing, including its flight feathers. The earliest Hebrew grammarians, like Menachem Ibn Saruk (920-970), Rabbi Yonah Ibn Janach (990-1050), and the Radak (1160-1235), all trace “ever” to the triliteral root aleph-bet-reish. They also write that “avir” (strong) derives from that root.

Rabbi Hirsch (to Genesis 17:4) explains that “avir” refers to the power that can lift a person to a higher position (in a spiritual or moral sense); thus, it is like a bird’s “ever” which lifts a bird to a higher place (in a physical sense).

Rabbi Avraham Bedersi HaPenini writes that “ever” actually denotes any limb on a living creature, like one’s hands or legs. When it comes to birds, however, “ever” means wings because that appendage musters the greatest amount of strength to function.

The third Hebrew word for wing, “agaf,” seems to be a cognate of the Aramaic “gapin” (Daniel 7:4 and 7:6). Rabbi Wertheimer writes that since a wing appears to branch off from the main part of a bird’s body, “ agaf” also came to mean a small city or suburb (see Ezekiel 38:6), which “branches” off from the main city (In Modern Hebrew, “agaf” is a branch or department of the central government.)

Rabbi Pappenheim argues that the aleph in both “ever” and “agaf” is not part of the root. Both roots are bilateral: bet-reish and gimmel-peh, respectively. Bet-reish primarily means choosing or separating, and a bird’s ever stands out as the choicest of its limbs since it’s the strongest.

Gimmel-peh, meanwhile, means outward protrusion, which of course is an apt description of a wing. Other words that Rabbi Pappenheim believes come from this root are “guf” (body, which is a person’s outward projection, in contrast to the soul that remains within), “mageifah” (disease, which spreads outwards as it infects more and more people), and “gefen” (a cluster of grapes whose fruits grow in a wing-like formation as though they’re spreading out from the stem).

Although we have spelled “agaf’ with an “f,” whenever variations of this word appear in the Bible, the peh is always dotted (“agapav,” “agapecha,” “agapeha,” “gapin”). The Radak claims the dot in the peh stands for a missing letter – in this case a daled – and that “agaf” really derives from the Aramaic “gadfin” (wings).

The Aramaic “gadfa” actually has multiple meanings. For example, the Talmud (Kesubos 105b) relates that a gadfa (feather) once fell on the rabbinic judge Amimar, and one of the litigants arguing his case before Amimar took it off of him. This act of kindness prompted Amimar to recuse himself from the case because he felt gratitude to that particular litigant. Elsewhere, “gadfa” means the bone of the wing (Rashi to Yoma 84a). 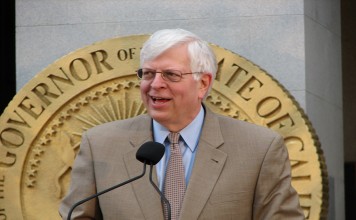 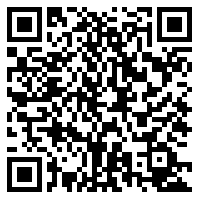