The mitzvah of challah mandates that one give a kohen a special tithe from one’s dough. The Bible always uses the word “arisah” for dough when referring to this special mitzvah (Numbers 15:20-21, Nehemiah 10:38, and Ezekiel 44:30).

Ibn Janach and Radak write that “arisah” is synonymous with “batzek,” but other commentators disagree. For example, Rabbeinu Meyuchas bar Eliyahu (who lived in Byzantine Greece, circa. 12th-13th century) writes that “arisah is another word for “areivah” (kneading trough). According to this approach, “batzek” means dough, while “arisah” literally means the place on which dough was kneaded.

Rabbi Yaakov Tzvi Mecklenburg (1785-1865) explains that “batzek” refers specifically to dough that has already been kneaded and smushed into a batch – whether it has already begun to rise or is on the cusp of rising. The bet-tzadi-kuf root, he says, denotes something swollen. For example, the Bible relates that throughout their travels in the wilderness, the Jews did not suffer from swollen (“batzek”) feet (Deuteronomy 8:4 and Nehemiah 15:21).

Interestingly, Rabbi Aharon Marcus (1843-1916) theorizes that all three-letter roots that contain the letters bet and kuf are related to the concept of “breaking through,” regardless of what the third letter is or where it’s placed. For example, “boker” (morning) denotes the initial sunlight that breaks through the night’s darkness; “bezek” (flash), “barak” (lightning or luster), and “bohak” (glare) denote light that is emitted from, or “breaks out” of, a certain object, “bakesh” (request) is a demand that penetrates somebody’s will; “badek” (check, investigate) denotes breaking into a matter to better clarify it, “bokea”/“batek” denotes cutting or breaking something open, and “baker” (cattle) denote cowbeasts whose horns appear to break through their head.

In that spirit, Rabbi Marcus assumes that leavening dough is called “batzek” because it has cracks that make it look “broken.”

Rabbi Nosson of Rome (1035-1106) writes in Sefer HaAruch that the root ayin-reish-sin/samech (from whence “arisah” is ostensibly derived) is an expression of mixing or joining. Based on this understanding, Rabbi Mecklenburg and Rabbi Samson Raphael Hirsch (1808-1888) explain that dough is called “arisah” because it’s a mixture of ingredients that are kneaded together (see Rashi to Berachos 37b).

Rabbi Mecklenberg writes that “arisah” is related to “eres” (bed): Just as dough consists of a mixture of flour and water, so too a bed’s mattress rest on a mixture of interplaced beams or planks. The same explanation is offered by Rabbi Mecklenberg’s Yemenite contemporary, Rabbi Yachya ben Shalom Kohen of Sanaa (1787-1867).

Rabbi Yitzchak Ratzabi (a prominent Yemenite rabbi in the Neve Achiezer neighborhood of Bnai Barak) suggests that a betrothed woman is called an “arusah” because she is now tied or joined to the man who is going to marry her. He notes that even though the Hebrew word “arusah” is spelled with an aleph – not an ayin – those two letters can sometimes be interchanged. (Indeed, the Arabic cognate of “arus” [groom] and “arusah” [bride] is spelled with the Arabic equivalent of the letter ayin.)

Rabbi Ratzabi also suggests that while “arisah” denotes dough whose ingredients have simply been mixed together, “batzek” might refer specifically to dough that has already been kneaded and is now beginning to rise or swell. If so, he writes, a person should take off challah from dough immediately after she finishes kneading it – while it can still be called “arisah” – before it becomes “batzek.”

The Mishnaic word “issah” does not appear anywhere in the Bible in the sense of dough. Nevertheless, commentators like Rabbi Shlomo Pappenheim (1740-1814), Rabbi Mecklenberg, and Rabbi Marcus understand “issah” to be a cognate of the ayin-sin/samech root from which words like squeeze (Ezekiel 23:3) and trample (Malachi 3:21) in the Bible are derived. The process of kneading requires “squeezing” and “trampling.”

The Modern Hebrew word “issui” means a massage, whereby the masseuse squeezes and “kneads” her client’s skin. Another derivative of this root is “assis” (Joel 4:18, Isaiah 49:26, and Song of Songs 8:2), which means juice – a substance also associated with squeezing. Rabbi Pappenheim and Rabbi Marcus further connect this root to the word “asiyah” (making, creating, doing).

Rabbi Baruch HaLevi Epstein (1860-1941) offers a controversial theory to account for why the Bible uses “arisah” for dough whereas the Mishnah uses “issah.” He suggests that the two words are actually one and the same. The addition of a superfluous reish in the Biblical word simply serves to enhance its beauty. He explains that we can no longer appreciate this beautification of language due to our long exile as we are no longer sensitive to many of the nuances of ancient Hebrew.

To support this theory, Rabbi Epstein cites Pseudo-Rashi (to I Chronicles 18:5) who writes that “Darmesek” and “Damesek” mean the same thing (“Damascus”), as do “sharvit” and “shevet” (stick, scepter) despite the extra reish.

Rabbi Epstein adds examples of his own, including such Aramaic words as “kursa” and “kiseh” (chair), “markolet” and “makolet” (grocery), and “zutra” and “zuta” (small). One of the Judean kings, Uzziah, was also called Azariah (see also Hagahos Rashash to Rosh Hashanah 26a). 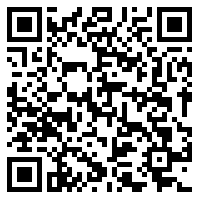