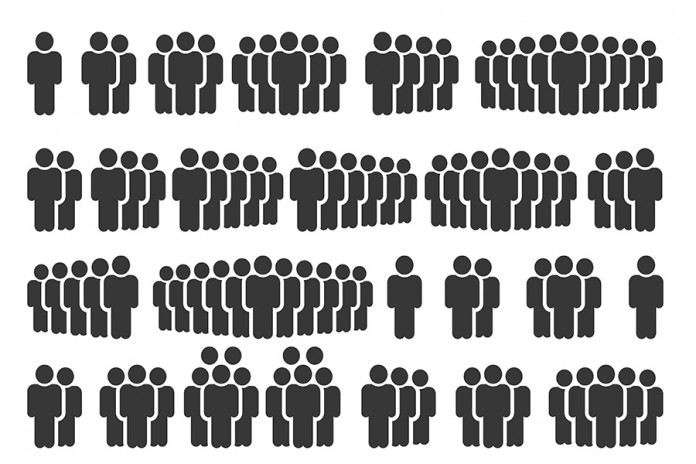 In the Haftarah to Parashat Bamidbar, the prophet Hosea foretells of a time when the Jewish People will change the terminology they use to refer to G-d as their figurative “husband.” As Hosea puts it: “It will be on that day – this is the word of G-d – that you will call Me ‘my husband’ [ishi] and you will not call Me ‘my husband’ [baali] any longer” (Hoshea 2:18). In other words, the Jewish People will no longer call G-d “my baal,” but will rather call Him “my ish.” Both baal and ish roughly mean “husband,” yet the thrust of Hosea’s prophecy is that in the future, there will be a paradigm shift in the way the Jewish People relate to G-d. How is that paradigm shift reflected in switching out the term baal for ish?

The word baal not only means husband, but was the name of the chief deity of the Canaanite pantheon. Throughout the Bible, the Jews dallied with Baal-worship, and many of the prophets endeavored to break the Jews of that idolatrous habit. Thus, according to Radak, Abarbanel, and Maharsha, Hosea predicts that after the exile the Jews will repent and return to G-d so completely that they will no longer be able to use the term baali in reference to Him because they will be so motivated to distance themselves from the homonymous idol Baal. Instead, they will refer to G-d as their husband with a synonym for baali: ishi.


Other commentators, however, do not view baali and ishi as perfect synonyms. Instead, they view the shift in terminology as reflective of a shift in the Jewish People’s relationship with G-d. In the rest of this essay, we will explore the various ways in which we can understand how the terms baali and ishi differ from one another.

According to Rabbi Yochanan in the Babylonian Talmud (Ketubot 71b), Hosea means that the Jewish Nation will relate to G-d “like a bride in her father-in-law’s home, not like a bride in her father’s home.” This cryptic formulation can be understood by juxtaposing two passages in Rashi. In his commentary to the Talmud there, Rashi notes that the term ishi implies “conjugality and marriage,” but he does not explain the connotation of baali. In his commentary to Hosea, Rashi notes that the term baali implies “lording and awe,” but he does not explain the connotation of ishi. Maharsha suggests putting these two pieces of the puzzle together, and it is evident from Rashi’s First Edition (quoted in the Shittah Mekubetzet to Ketubot 71b) that this is indeed Rashi’s intention.

What emerges from this juxtaposition is that the term baali is an expression of mere “ownership” – like one who lords over his possessions in the way that the owner of an ox is called the baal ha’shor (Exodus 21:28). That does not truly reflect the intimate partnership between man and wife. As a result, when the Jewish People related to G-d as baali, this can be likened to a betrothed bride who still lives in her father’s house, but has technically already been “acquired” by her husband-to-be. In that case, the “owner” technically lords over his subject, but there is no reciprocal relationship.

Hosea’s prophecy thus foretells a time when the Jewish People no longer relate to G-d as baali, but as ishi, a term which connotes intimate familiarity and both partners enjoying a mutual relationship with one another. This resembles a bride who has already moved into the home of her husband’s family and is already enjoying married life with him. In that case, there is a two-way relationship, with neither partner lording over the other.

Rabbi Yosef Dov Soloveitchik (1820-1892) also posits that ishi and baali do not mean the exact same thing, but he interprets the verse in question slightly differently. He proposes that the word ishi means “my husband” and denotes a formal union of man and wife that expects fidelity on the part of the parties involved. The word baali, on the other hand, simply refers to a pair of partners who engage in an informal relationship without the covenantal expectation of monogamy. As the idolatrous Jews of Hosea’s times looked at it, the lack of a formal matrimonial pact of devotion leaves them free to worship other gods alongside G-d. Accordingly, Rabbi Soloveitchik explains that Hosea means that in the future, the Jews will no longer consider G-d their baal, which would allow them to engage in idolatrous trysts with other deities; but rather their ish, i.e., their eternal partner to Whom they are forever attached to the exclusion of anyone else.

The way Rabbi Yitzchak Isaac Chaver (1789-1853) explains it, even the term baali implies the expectation of monogamy and loyalty: while the former simply implies that the groom “acquires” the bride in the sense that she can now no longer be wed to somebody else, the term ishi implies an even more complete relationship between the bride and groom, whereby they have joined to become of one flesh. He cites Adam’s linguistic observation in naming woman ishah, wherein Adam states, “This [i.e., Eve] shall be called ishah [‘woman’], for this was taken from ish [‘man’]” (Genesis 2:23). In this short declaration, Adam recognizes that the Hebrew words ish (“man”) and ishah (“woman”) share a common root; they are of one flesh.

Based on the interchangeability of the letters bet and peh, Rabbi Samson Raphael Hirsch (Genesis 20:3, Psalms 28:4) notes that the word baal is related to the word pa’al (action). An “action” is a person’s way of controlling a situation and doing what he can towards attaining a certain objective. In a similar way, baal connotes the act of “lording” or “domineering” over a subdued and subjugated vassal. Just like pa’al, baal refers to he who initiates an activity, as opposed to the passive, subdued partner who does not initiate but only receives. This connection highlights the aggressive, and sometimes egotistical, side of human nature that often seeks to dominate and acquire possessions and human beings alike by “swallowing them up” and lording over them.

In an explanation that echoes many of the ideas that we have already seen above, Rabbi Hirsch adds that the term baal as “husband” implies a power dynamic whereby the male spouse lords over his wife as though she were his subordinate. Based on this, Rabbi Hirsch interprets Hosea’s revelation as referring to a time when the Jewish People viewed themselves as totally humbled, and perhaps even downtrodden, in the way they approached G-d. This attitude is reflected by them calling Him baali. But Hosea’s prophecy states that afterwards, the Jews will regain their self-confidence and instead view themselves as equal partners with G-d; they will proudly walk in His path without feeling dominated or subjugated. That outlook can be best characterized by the term ishi.

Rabbi Meir Emden (1717-1798), a son of Rabbi Yaakov Emden (1698-1776), offers an alternate take on the difference between ishi and baali. He does not view Hosea’s vision as relating to something in the future, but as foretelling of a paradigm shift that has already occurred. The Talmud (Shabbat 88a) relates that when the Jews stood at Mount Sinai to receive the Torah, G-d took the mountain like a barrel and held it over the nation, threatening that if they did not accept the Torah they would be buried there on the spot. The Talmud reports that while the Jews ultimately accepted the Torah, their acceptance cannot be said to be free of duress. However, generations later with the impending genocide decreed by Haman looming on the horizon, the Jewish People effectuate a mass repentance movement, and re-accepted the Torah out of their own volition. As the Book of Esther reports this episode: “The Jews fulfilled and accepted upon themselves and their offspring and all those who accompany them…” (Esther 9:27)

Based on this, Rabbi Meir Emden writes that the Jews originally related to G-d as baali, because they felt compelled to accept the Torah and viewed G-d as somewhat of a “coercive owner” who lorded over them and forced them into accepting the Torah. However, as Hosea foretold, the Jews in the time of Ahasuerus later changed their tune and accepted the Torah of their own free will. From then on, they no longer viewed G-d as their coercive baal, but as their loving ish. 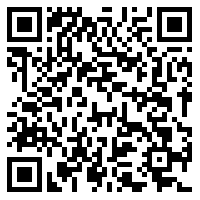