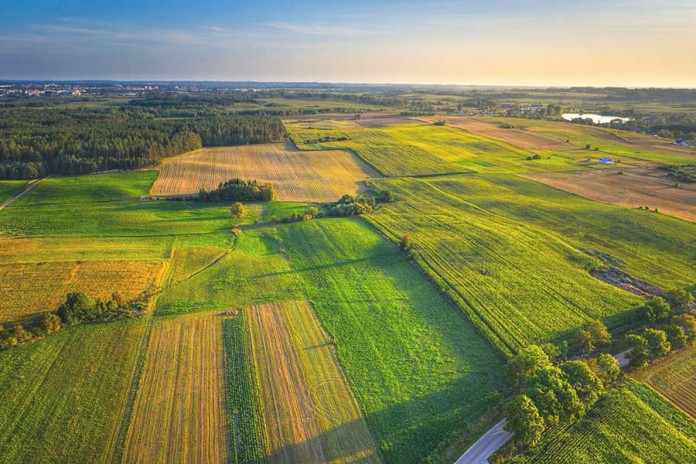 The Hebrew word rechush (“property”) and its variants appear seven times in Parshat Lech Lecha, making it the parsha with the highest concentration of such instances. It appears when relating that Abraham took his rechush with him on his journey to the Holy Land (Genesis 12:5); when the abundance of rechush caused Abraham’s herdsmen to have a falling out with Lot’s herdsmen (13:6); when the rechush of the Sodomites was captured (14:11), along with Lot and his rechush (14:12), and later returned (14:16); when Abraham allows the King of Sodom to take the rechush he won in the war (14:21); and when Hashem promises Abraham that after his descendants will be enslaved, they will exit the land of their enslavement with much rechush (15:15).

The word rechush is not the only word for property in the Bible, however. In this essay, we will explore two additional Hebrew words for property and examine their etymologies.

The word rechush appears 33 times in the Bible, with all instances confined to the Books of Genesis, Numbers, Daniel, Ezra, and Chronicles. Additionally, the verb cognate of rechush that means “to accrue property” (rachash) only appears in the Book of Genesis – nowhere else in the Bible.

Rabbi Samson Raphael Hirsch (to Genesis 12:5) argues that rechush is related to the word reches – despite the fact that the former ends with the letter shin and the latter with the letter sin – which refers to “tying” or “attaching” (see Rashi to Exodus 28:28). According to this, the term rechush alludes to the pursuit of wealth and riches, whereby one seeks to accrue as much as possible and add them to his repertoire. By doing so, one seeks to “tie” all these assets together to collectively add them to one’s net worth.

The Hebrew scholar Naftali Torczyner, aka Tur-Sinai (1886-1973) offers a slightly different approach: He understands rechush as ultimately derived from the word rechesh (a type of horse). Because livestock was the crux of one’s possessions in the ancient world, rechush later expanded into a general term for all of one’s possessions. Ohalei Yehudah understands that rechesh itself relates back to reches, because a harness or stirrup was tied to the horse for riding.

The word mikneh (or miknei in the construct form) is the most common term for “property” in the Bible, appearing over 75 times. The lexicographers trace this term to the root kuf-nun-hey, from which words like kinyan (“acquisition”) are derived.

Based on this, Nachmanides (to Genesis 14:18, 34:23) and Radak (in Sefer HaShorashim) clarify that mikneh is not a general term for all of one’s property; rather, it refers to specifically to one’s livestock as that is a person’s chief acquisitions. Taking Nachmanides argument a step further, Rabbi Shlomo Pappenheim (1740-1814) says mikneh relates to the huge role of livestock in commerce, explaining that domesticated animals can be used for a wide variety of purposes (wool, milk, hides, food, labor, and so on) while produce can only be eaten. (Alternatively, Rabbi Pappenheim sees mikneh in the sense of livestock as directly related to the core meaning of kuf-nun (“nest”), because such beasts are often kept in minimalist living accommodations.

Radak (to Gen. 12:5) writes that the term rechush includes gold, silver, and other moveable possessions, adding (to Gen. 14:11) that rechush also includes mikneh. According to this, rechush is a hypernym that includes all different types of assets, while mikneh is a hypnoym that denotes a specific type of rechush, i.e., livestock. Indeed, Ibn Ezra (to Gen. 12:5) seems to explain that rechush means the same thing as mikneh, or at least can sometimes mean the same thing as mikneh.

Rabbi Samson Raphael Hirsch (to Genesis 12:5, 13:2, 31:18) contrasts the meanings of rechush and mikneh: rechush refers specifically to “inanimate, moveable belongings,” while mikneh refers specifically to “livestock.” Domesticated animals recognize their owners who “acquired” them (Isaiah 1:3) and will therefore follow them from place to place of their own volition, says Rabbi Hirsch, but when it comes to inanimate rechush the owner himself has to physically take them and move them from place to place.

More significantly, it becomes the standard word for denoting one’s “total assets” in Rabbinic Hebrew. In fact, while the words rechush or mikneh do not appear at all in the Mishnah, the term nechasim appears dozens of times. As mentioned above, several authorities have already suggested that the word rechush is related to the word reches. Rabbi Aharon Marcus (1843-1916) contends that neches (the singular form of nechasim) is likewise derived from reches (ostensibly via the interchangeability of the letters reish and nun). He notes that nechasim has similar-sounding cognates in Phoenician (Canaanite) and Akkadian, languages whose speakers were in close contact with Hebrew from an early time. Indeed, the word nechasim first appears in the Book of Joshua – written once the Jews had already reached the Holy Land – and could theoretically have been influenced by its Canaanite inhabitants. Based on this, Rabbi Marcus notes that the connection between nechasim and rechush is especially poignant for Joshua in particular: because he was a member of the tribe of Ephraim, who pronounced the shin like a sin (see Judges 12:6), he may have pronounced the word rechush as rechus.

The Midrash (Bamidbar Rabbah §22:8) assumes that the word nechasim is related to the Hebrew word kisui (“covered/hidden”), explaining that nechasim are called such “because they are hidden from this [person] and revealed to this [person].” Rabbi Shmuel de Uçeda (1545-1604) in Midrash Shmuel (to Avot 2:8) sharpens this point by noting that oftentimes man spends much of his life trying to accrue riches, but then dies – thus allowing others to end up reaping the benefits of his hard work. According to this explanation, nechasim relates to kisui because although on the surface material possessions seem like attractive prizes, there is always a “hidden” aspect to materialism, whereby the one who toils and puts in the effort does not always get to enjoy the fruits of his labor. De Uçeda concludes his discussion by cynically commenting, “many people gather up money for the benefit of their wives’ [future] husbands.”

Rabbi Shimon Yehuda Leib Goldblit (an early 20th century exegete) offers two more ways of connecting the word nechasim to kisui. First of all, person’s financial value is often “hidden” from those who encounter him, because one’s net worth might not be readily apparent. Alternatively, if a person has all sorts of flaws and imperfections, but is materially wealthy, his wealth “covers up” his shortcomings so that people will relate to him as though he did not have those flaws.