“A gitte voch, a gezinte voch, a mazeldike voch, un der zaide zolt balt befreit veren.” Growing up in New York City in the early 1940’s, I heard this refrain recited by my father every Saturday night after Havdalah. (Translation from Yiddish: “May we have a good week, a healthy week, a lucky week, and may grandfather soon be freed.”)

Yiddish was not the language we spoke at home. As soon as they settled in the United States, my parents – both fluent linguists – learned English. They trained me, then their only child, to speak English at home. But the Yiddish phrase – “der zaide zol balt befreit veren” – still rings in my ears.


I was five years old when my father and I landed in San Francisco on March 20, 1941, on a ship that came from Yokohama, Japan. My mother, a”h, had remained in Kobe with her mother and her brother, who had journeyed with us on Sugihara visas because they did not have the right to accompany my father.

He had been granted a special non-immigrant visa because he was on lists of distinguished rabbis that Agudath Israel and Chabad had sent to the State Department. When her visa was about to expire, my mother came to America, and my grandmother and uncle, Dutch citizens, traveled from Japan to the Dutch East Indies.

I have little personal recollection of our life in the United States in the early 1940s. But I do remember vividly the subject that monopolized my father’s days and nights after we arrived in America. It was hatzala (rescue).

My father was the eldest son of the renowned rabbi of Reisha, whom the Jews of Poland twice elected to the Polish parliament. Rav Aharon Lewin was a great talmid chacham who published halachic responsa (Avnei Chefetz), a magnificent commentary on much of Maseches Brachos (Birkas Aharon), and a commentary on the Torah (HaDrash V’HaIyun) that he wrote while riding by train each week in the first-class carriage at government expense, from Reisha to Warsaw for sessions of the Sejm.

He was self-taught in Polish and German. As I was growing up in America, Jews who had heard him speak told me they marveled at his oratorical skill in Yiddish, Polish, and German.

While still in his twenties in Poland, my father published scholarly and timely articles in Polish, Yiddish, and Hebrew. He studied for a degree at the University of Lvov and was awarded a doctorate in law in 1937. Shortly after my parents settled in Lodz, my father was elected to the Lodz City Council and battled the anti-Semites that sat on it.

(I recall Yitzchok Meir Levine, signer of Israel’s Declaration of Independence and leader of Agudath Israel in Israel, telling my father that if my father had lived in Israel when the State was declared, he would have been the nominee of the Agudah for the “dati” seat on Israel’s first Supreme Court. Because the religious bloc had no candidate with a law degree, that seat was filled by Professor Simcha Assaf.)

My father’s semicha and law degree won him the formal title “Rabbi Dr. Lewin” in America. He kept the original spelling of the family name although it was pronounced differently in America than it had been in Poland.

It was natural for my father to turn to the Yiddish press in New York and write for the Yiddish newspapers. That was how he supported our family in the early days after our arrival in America.

Three Yiddish newspapers appeared daily on local newsstands in New York in the 1940s. Orthodox Jews bought and read the Morgen Journal. The less devout read the Tog. Socialists and free-thinkers read the Forverts – the grand-daddy of today’s Forward. My father became a regular correspondent for the Morgen Journal and its weekly magazine supplement, Der Amerikaner.

My father’s favorite toy was his portable Hebrew typewriter. I would fall asleep each night on the living-room sofa of our one-bedroom apartment to the clickety-clack of that machine. My father was a hunt-and-peck typist, using two index fingers at incredible speed.

I became accustomed to the racket of the typewriter. My sleep was frequently interrupted by midnight phone calls from individuals with exotic multi-syllable names. Kal-ma-no-vitch. Schen-ko-lev-ski. I discerned that their calls concerned crises relating to the rescue of Europe’s Jews.

Soon after arriving in America, my father contacted Rabbi Eliezer Silver of Cincinnati and joined with him and others in hatzala efforts. Moreinu Yaakov Rosenheim, president of the international Agudah movement, had reached America as a refugee in 1940, and my father became his closest associate.

Awakening and galvanizing the American Jewish community became his obsessive goal. The headline of an article by him published in the Morgen Journal in February 1942 – one year after our arrival in America – screamed his message: “Will We Allow the Elimination of the Jews in Polish Ghettoes?”

He described the starvation and the deaths “fun hunger und kelt” in the ghettoes. “How long can the lives of our brothers and sisters continue under these conditions?” He warned prophetically, “Nothing will be left of them but graves, and maybe not even those.” He initiated a refrain that he sounded again and again in the following months: “How will American Jewry respond to a situation that is unparalleled in the thousands of years of Jewish martyrdom?”

My father pleaded for action: “We must do what we can to rescue millions of innocent victims from starvation in the ghetto purgatories. The way is open. It is not easy. It takes labor and dedication. Can that deter us? Do not delay! Do not be silent!”

In 1943, a Joint Emergency Committee on European Jewish Affairs was created to take steps to stop the killing. The Committee existed only between March and November 1943. Generous historians describe the effort as a “forlorn attempt at cooperative activity.”

Because he was a vociferous critic, my father was invited to attend the Committee’s meetings. He asked in the Morgen Journal of August 26, 1943, “Why is American Jewry asleep? Why has nothing been done for the unfortunate Jews of Europe?” He reported that as a Committee invitee he had proposed action. His proposal was adopted after much uproar. Yet nothing was done.

He declared in another Yiddish article that the “Joint Emergency Committee” was incompetent and was “mamash a chozek” – truly a laughing-stock. It meets, he said (with an exclamation mark for emphasis), only once in several weeks. It accomplishes nothing. In fact, he reported, one hour after the meeting has ended, no one recalls what was discussed.

The Joint Emergency Committee was formally dissolved on November 5, 1943, and was replaced by the American Jewish Conference. The Conference was torn by internal conflict among its 32 organizations. Agudath Israel refused to join.

The American Jewish Conference attacked Peter Bergson for organizing the celebrated “Rabbis’ March on Washington” three days before Yom Kippur in 1943. President Roosevelt infamously refused to meet with the rabbis, accepting the advice that these bearded men were not representative of American Jewry. My father not only joined this demonstration but actively recruited others.

A celebrated article my father wrote in December 1943 was titled “Di Sha’ah Shlogt Zwelf” (“The Hour Strikes Midnight”). He condemned the organizational rivalries. “Our brothers are drowning in their own blood. They look to us – the free and fortunate Jews in democratic lands – and here burn the flames of political strife that destroy any hope of saving the sheyris ha’pleita.” The responsibility lies, he said, with the Jewish “leaders.” Many more Yiddish articles in the same angry voice followed during the war years.

My father gathered selected Yiddish articles he had written during the war in a volume he titled “Churban Europa.” He also edited seven volumes of Hebrew biographies of rabbis who were murdered in the Shoah under the title Eleh Ezkerah.

In July 1945 – very soon after V-E Day – he was one of the first rabbis to go to Europe to visit survivors. He went again in June 1946 with Rav Eliezer Silver, as official U.S. representatives, both proudly wearing the uniform of the United Nations Relief and Rehabilitation Administration.

After the war, my father fought for Jewish rights at the United Nations and in the halls of Congress. One major effort was the repatriation of Jewish orphans who had been hidden from the Nazis in monasteries, nunneries, and Christian homes. He won acclaim as a professor of Jewish History and responsa literature at Yeshiva University’s Bernard Revel Graduate School and as the author of many learned papers on these subjects.

He was also the Hebrew principal of Yeshiva University’s High Schools for Girls (“Central”). His addresses at the United Nations Economic and Social Council and his testimony before Congressional committees appear in a dozen published books.

But the war’s end brought the tragic news that our family’s prayer that “der zaide zol balt befreit veren” was not realized. The Reisha Rav had been murdered together with his brother, Rav Yechezkel Lewin, in a Ukrainian pogrom in Lemberg in June 1941 as the Russian troops were leaving the city and the Germans were entering. My grandmother, Rebbetzin Doba Friedman Lewin, then hid in a “bunker,” but was discovered and gassed in Belzec, as was my father’s older sister. Hashem yinkom damam. 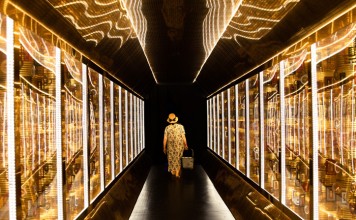