According to NY Mayor Bill de Blasio, Borough Park, Brooklyn, has seen an “uptick” in COVID-19 after a large wedding there. Speaking to reporters on Tuesday, the mayor said 16 new cases had been detected in the mostly Jewish neighborhood, which he suggested were an “early warning sign,” noting that “some” of the new cases are “linked to a recent wedding — a large wedding, in fact, in the community.”

We’ve made incredible progress in the fight against COVID-19, but we can’t let our guard down. We’ve seen an uptick in Borough Park. We’ll be doing community outreach. Keep doing what works: avoid large gatherings, practice social distancing and wear a face covering.


De Blasio said that “disease detectives” will investigate whether the wedding, which included more than the legally permitted 50 guests, was at the root of the rise in new cases. “We now have capacity, when we see a problem, to address it with a lot of energy,” he said, and urged New Yorkers to “avoid large gatherings.”

City official said that Borough Park will be under a “blitz” of the Test and Trace Corps scrutiny, with a campaign of inquisitive robocalls and increased testing.

De Blasio noted that while the Borough Park numbers are rising, the city as a whole has reached a landmark low: a 0.24 percent testing rate, its lowest since the spread of the disease in March. “The more we do to beat back this virus the more we can do to bring back this city,” he commented.

The mayor warned that the health department is frequenting catering halls in all five boroughs, “to let them know those standards must be kept.” But while the state fines businesses that violate the health guidelines of social distancing and face masks up to $10,000, the city’s maximum fine is only $500. 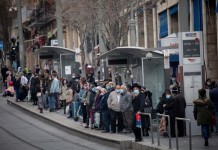 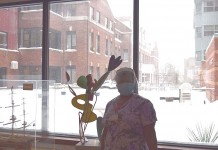 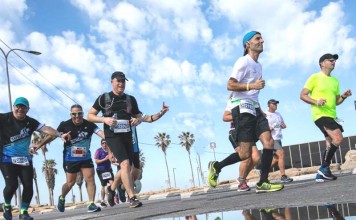