The Torah commands us to remember the Sabbath, the Exodus, Amalek’s attack, the giving of the Torah, our angering of G-d in the desert, and G-d’s punishment of Miriam. All but one of these commands in the Torah to remember include the word “zachor.”

Another word for remember is “pakad.” What’s the difference between these two words?


The most basic definition of this word is offered by Rabbi Moshe Ibn Ezra (1055-1138), who writes that it means to remember something a person once knew but forgot. Meanwhile, “pakad” is used in so many different ways that it’s quite difficult to pin down its core meaning. In addition to meaning remember, it means to count, to be absent, to command, to appoint, to punish, to bring about death, to visit, and to deposit.

The Malbim suggests two differences between “zachor” and “pakad.” First, he writes that “zachor” denotes mentally recalling a certain fact or idea, while “pakad” denotes remembering something in order to take action. Rabbi Shlomo Aharon Wertheimer (1866-1935) encapsulates this difference by writing that “zechirah” happens in thought, while “pekidah” happens in action.

This understanding of “pakad” accounts for its many meanings. “Pakad” primarily means remembering something or someone in order to deal with it, and the most basic way of dealing with something is to determine whether it’s actually present or not – hence, it means to count.

(Rabbi Dr. Asher Weiser writes that “kapdanut” [meticulousness/strictness] relates to “padak” in the sense that one who is makpid pays attention to something to the nth degree and is particular about all the details.)

The Malbim also suggests that “zachor” denotes a constant remembering of something over a long span of time, while “pakad” denotes one fleeting act of remembering. A person remembers it just long enough to take certain actions related. After that, he forgets about it.

The Italian scholar Rabbi Shlomo of Urbino (16th century) points out that “zecher” sometimes refers to the scent of something (Leviticus 6:8, Hoshea 14:8, Psalms 20:4) in the same sense that a memory is a whiff of something but not the thing itself.

Rabbi Saadia ben David Al-Dhamari (a 15th century Yemenite scholar) suggests that “pakad” means remembering something after a long time while “zachor” means remembering something after a short period of time. Thus, “pakad” is used when G-d said He remembers the Jews after centuries of exile and will redeem them from Egypt and earlier in the Torah in relation to G-d remembering Sarah and allowing her to become pregnant after she had been barren for several decades (Genesis 21:1).

In contrast, when the Bible reports that G-d remembered Noah in the ark after a year, it uses the word “zachar” (Genesis 8:1). It uses the same word in relation to G-d remembering Rachel and blessing her with a pregnancy after she had been barren for a few years (ibid. 30:22).

Rabbi Naftali Hertz Treves of Frankfurt (1493-1540) postulates in Sefer HaGur that “zachor” is remembering as an act of mercy while “pakad” is not; indeed, the latter word sometimes means remembering in order to punish.

Now we can address the elephant in the room: The word zachor seems to be related to zachar (male), but what is the thematic connection between the two?

Rabbi Shimon ben Tzemach Duran (1361-1444), also known as the Rashbatz or Tashbatz, writes in his commentary to Avos (5:12) that men have better memories than women. In addition to noting that zachar (male) and zachor (remember) are related, he notes that “nashim” is related to the Hebrew word for forgetfulness (see “nashani” in Genesis 41:51 and “teshi” in Deuteronomy 32:18).

Rabbi Yaakov Tzvi Mecklenburg (1785-1865) explains that a person’s male descendants are typically his legacy by which he is remembered in this world since they carry on his name while daughters generally marry into other families and become part of their husband’s extended household. 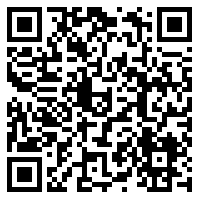