Rabbi Shlomo Pappenheim of Breslau (1740-1814) traces this word to the two-letter shin-reish, which means focal point. Thus “shar”/“sharer” (umbilical cord), the focal point that connects a fetus to its mother; “shor” (ox) whose main strength lies in its torso, thus placing a focus on its navel area; “shoresh” (root), the focal point of a plant’s growth; “yashar” (straight), a straight line being the fastest and shortest way to reach a specific focal point; and “shir” (song), a poetic composition that centers around one specific point.

Rabbi Pappenheim writes that “shur” in the sense of seeing (see Numbers 23:8 and Job 35:5) is also derived from the root shin-reish because, unlike the other senses, the sense of sight can focus on a specific point and is not forced to take in everything at once.

Related words are “teshurah” (tribute), a special gift given to somebody who greets (i.e., sees) a dignitary, “nesher” (eagle), a bird that can see far distances, and “sheirut” (service), the duty of one who oversees his master’s needs. (Alternatively, sheirut is called thus because a servant straightens out household affairs or remains straightforward and steadfast to his boss’s wishes.)

Rabbi Pappenheim suggests two ways of connecting “shur” in the sense of wall to the primary meaning of shin-reish:

1) It is related to yashar and refers specifically to a straight wall (as opposed to a chomah, which encircles a city).

2) It is related to “shur” (seeing) and refers to a tall wall that is used as a lookout post.

Another word for wall is “cheil.” Rabbi Pappenheim writes that this word derives from the biliteral root chet-lammed, which denotes circular movement and the empty space within a circumscribed circle. Accordingly, he believes “cheil” means a short wall that surrounds a taller wall. The cheil thus creates an empty space between the two walls that serves as a sort of no-man’s-land.

Rabbi Pappenheim supports this explanation by citing the Mishnah (Middos 2:3), which refers to the space between the walls of the Temple Mount and the actual Temple building (i.e., the Women’s Courtyard) as the cheil.

The Talmud (Pesachim 86a) characterizes a “chomah” and a “cheil” as a “shura” and a “bar–shura” (a wall and the son of a wall), respectively. According to Rashi, a chomah is an exterior wall while a cheil is a shorter wall within the chomah (thus resembling a small son overshadowed by his bigger father).

The Radak seems unsure whether a cheil is a wall outside a chomah or inside a chomah. He suggests that “cheil” perhaps doesn’t mean wall altogether and denotes instead a moat on the outskirts of a chomah.

Another word for wall, “chayitz,” is a hapax legomenon because it appears only once in the entire Bible (Ezekiel 13:10). Ibn Janach writes that the yud is in place of an additional tzadi, so its root is really chet-tzadi-tzadi, which means to partition. Rabbi Pappenheim understands “chayitz” to be an offshoot of the root chet-tzadi, which means dividing or splitting something into two parts.

Other words derived from this root include “chatzi” (half), “chazot” (midday or midnight), “chutz” (outside/exterior), and “cheitz” (arrow). Rabbi Pappenheim theorizes that “chayitz” specifically refers to a wall that divides one area/domain into two and is thus synonymous with the Mishnaic “mechitzah” (see Bava Basra 1:1). However, Rabbi Moshe Zacuto (1625-1697) in Kol HaRamaz (to Sheviis 3:8) writes that “chayitz” specifically denotes a flimsy partition, while mechitzah can apply to any sort of partition or divider.

Finally, we arrive at the word “kotel.” This word only appears three times in the Bible: once in Hebrew in Song of Songs (2:9) and twice as the Aramaic cognate “ktal” (Daniel 5:5 and Ezra 5:8). It more commonly appears in the Targumim as an Aramaic translation of “kir” (see, for example, the Targum to Leviticus 1:15 and Joshua 2:15). 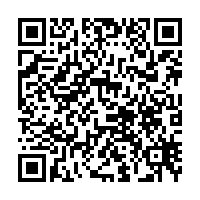