Unfortunately, the big news in Israel this week is the terrible tragedy in Meron. Forty-five people celebrating Lag BaOmer, including children, died in a very congested walkway exit. There were metal steps, it was slippery, and there were many people trying to pass through. No serious person thinks these deaths were intentional, but here are some indisputable facts:

1) The site of Rebbi Shimon Bar Yochai’s tomb on Mount Meron in the northern Galilee is not constructed to properly facilitate the number of people who visit it. This is especially true on Lag BaOmer, when crowds can reach over 100,000 people, but it’s also true at other times throughout the year.


Since the tomb isn’t located in a dense urban setting, there is no reason why things can’t be significantly improved ASAP.

2) The police made a fatal error in stopping the flow of people out of the exit corridor. We have mentioned the overall incompetence of the Israeli police numerous times in the past, but this is a pretty egregious example. Of course, once they realized the dire situation, they attempted to rescue people.

3) Many regular people (and also medics/volunteers/doctors, of course) saved many lives. That doesn’t happen every day. It’s the only real positive aspect that I can think of in this horrible tragedy.

Speaking of Israeli police incompetence, riots and attacks on Jews continue to take place on a nightly basis throughout Jerusalem. It’s true that virtually all the Arab attackers are eventually caught and arrested thanks to surveillance cameras, but the police have been unable/unwilling to take measures to prevent the attacks from happening in the first place.

Another week and a half to go of this wondrous month…

And by historically, I mean from roughly 2,000 years ago until 1948 when the Jews were forcibly removed from the area. There is an eviction order for four houses in the neighborhood to be returned to their Jewish owners this very week. Another 3-4 by the end of the summer as well.

* Prime Minister Netanyahu’s mandate to form a government has now expired. Now President Rivlin will have to decide what to do next. He can give the mandate to someone else or simply turn it over to the Knesset so that any member who can successfully form a coalition of 61 members can go ahead. If no one is successful, there will be new elections.

* Naftali Bennett and his Yamina Party are still publicly entertaining the possibility of forming a left-wing government with Yair Lapid and the rest of the left. Prime Minister Netanyahu has been challenging Bennett to declare that he wouldn’t do such a thing, but Bennett refuses to do so. He has said, though, that he won’t allow a government led by Lapid. Meaning, he would have to be in charge. I love it!

The best part is that despite winning more than 10 seats more than Bennett, Lapid is openly considering the idea!

* Meanwhile, since the Knesset as a whole is overwhelmingly right-wing (just some of them really hate Netanyahu), a flurry of “right-wing” laws were fast-tracked and will likely come up for a vote soon in the Knesset.

These include legalizing approximately 70 small Jewish communities in Judea and Samaria, cancelling the infamous Disengagement law, permitting the death penalty, and allowing the Knesset to bypass the Supreme Court.

If any of them do come up for a vote, they will likely pass, but they need to pass three rounds of voting and then make it through some committees – none of which is likely any time soon, especially if a left-wing government is formed. And that’s exactly why Likud pushed them now – to make the left look bad. This even though the Likud have been in power for over 10 years and hasn’t pushed any of these laws during that time.

We are now below 90 serious cases in all of Israel and the total number of infections is about 1,200. At this point, all restrictions for vaccinated people are being removed. The authorities don’t seem to check too hard here, so the dropped restrictions will likely affect everyone equally.

It’s also pretty rare to see a mask at this point. In another few weeks, the first foreign tour groups will begin to arrive. If numbers remain low, individual tourists and families will probably be allowed into the country in the next few months. 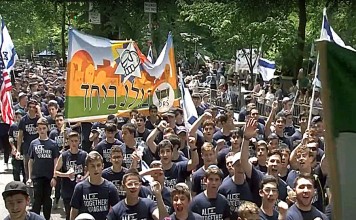