Rivkah Bloch grew up in Telz (Telsiai), a historic township and renowned Torah center in north-west Lithuania. In 1939 the Jews of Telz numbered about 2,800, some 28 percent of the population. Rivkah’s paternal grandfather Reb Yosef Leib Bloch, (1849-1930) zt”l, also known as Maharil Bloch, was a distinguished personality and a prominent scholar and educator. Besides his position as town rabbi, he headed the great Yeshivah of Telz that his father-in-law Rav Eliezer Gordon, zt”l had founded. Its student body numbered around 400 students in 1900.

Rav Bloch resisted the challenge of the secular Haskalah or Enlightenment movement in a positive way, as he understood the need to educate religious youth differently from what had been done in the past. He was the inspiration behind many educational institutions in Telz, including boys’ schools, a girls’ elementary and high school, and separate teachers’ seminaries for men and women. Another innovation of his was the Kollel Rabbanim established in 1921 to train rabbis. His volumes on Jewish law (Shiurei Halacha) and Jewish thought (Shiurei Da’at) were published posthumously.


Rivkah’s father and uncle were outstanding leaders of the Telz community. Her father Rav Zalman-Shmuel Bloch, Hy”d chose to become a rabbinical court judge and mashgiach of the yeshiva after his father’s death. He thus cleared the way for his younger brother, Rav Avraham-Yitzhak Bloch, (1890-1941) Hy”d, to take over as head of the yeshiva in 1930. Although both were murdered by the Nazis, their brother Rav Eliyahu Meir Bloch had arrived in America with his brother-in-law, Rav Mordechai Katz, and some students just prior to World War II. They hoped to raise money for the yeshiva and obtain visas to relocate its students. Though their families perished tragically in Europe (except for a daughter of Rav Bloch), starting from small beginnings, they were able to establish the Telshe Yeshivah in Cleveland, Ohio.

One of eight children, Rivkah Bloch attended the high school that her grandfather had founded. At Yavne, which belonged to the high-level educational network of Agudath Israel, limudei kodesh or sacred subjects were taught in Hebrew alongside a broad curriculum. Since the girls were actively encouraged to talk Hebrew during school breaks, Rivkah acquired a sound knowledge of Hebrew and also learned Lithuanian, German and Russian.

When Lithuania lost its independence in 1940, the Russians disbanded the yeshiva and the religious high schools. The disastrous German invasion followed on June 22, 1941, reaching Telz on June 26, where they wreaked slaughter and destruction. Armed Lithuanians under Nazi command brutally rounded up the Jews, stole their valuables and ejected them from their homes. On July 15, Rivkah’s father, brothers and male relatives were shot to death or buried alive with the other Jewish men in mass graves at Rainiai, four kilometers away. In bidding farewell to three of his daughters, Chasya Hy”d, Naomi and Rivkah, Rav Zalman-Shmuel Bloch urged them to remain true to their heritage as religious women.

Most of the Jewish women and children were liquidated at the Geruliai concentration camp on August 30. Children were buried alive, while babies’ heads were smashed with stones.  (Many of the atrocities are documented at http://kehilalinks.jewishgen.org/telz  According to this source a few Lithuanian farmers extended help to the suffering Jewish women on forced labor details, while others abused them severely and murdered them in some cases.)

In the final months of 1941 the Lithuanians and the Gestapo continued their cruel abusive behavior. Fifteen-year-old Rivkah was transported to the Jewish ghetto in nearby Shavli (Siauliai) late in 1941. Aware that death was imminent if she stayed there, Rivkah escaped together with her cousin Miriam Kleiner. The girls sought refuge in a wooded area where they wandered among farming villages and forests.

Although Miriam was blond and could pass for a gentile, dark-haired Rivkah had a Jewish appearance, so the two parted company where necessary in order to survive. Starting in the final months of 1943, Miriam was sheltered for a year by a good-hearted Lithuanian woman named Emilija Vitkeviciene who had already hid two other Jewish women earlier in the war. Vitkeviciene and her 14-year-old son Kazys Vitkevicius lived on the outskirts of the town of Alsedziai. At some point in 1944, Vitkeviciene agreed to take in Rivkah too, and a third girl named Anela Shneider joined them for a while. When keeping the girls in their home became too dangerous, Kazys dug a pit in the forest which he camouflaged with branches, and that became their new shelter. The brave youth rode out every day on his bicycle to throw them some food. Even when his mother was arrested for seven weeks and interrogated for harboring Jews, Kazys took the risk of helping the girls in their improvised hideout. Fear was their constant companion, especially when they needed to emerge above the surface to. In 1997, mother Emilija and son Kazys were honored for their good deeds by Yad Vashem and named Righteous Among the Nations. 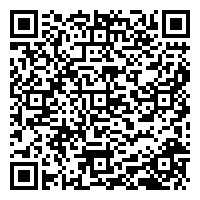