On MostlyMusic.com, 20 out of 20 customers gave Tzvi Silberstein’s 2017 release, Ya’aleh, five stars. And rightfully so. The album was fantastic. But it set a high bar. Silberstein has met it, though, with his just-released Shema B’ni, a musical amalgamation of styles and emotions.

From the first whistle tones of “Yiboneh” – Shema B’ni’s opening track – Tzvi Silberstein tells us we are in for a fun ride in his world of music. He sounds like he’s having a party in the studio bopping away to catchy tunes and pulsing beats.


We might not realize it, but when singers release albums or perform on stage, they display a certain vulnerability and openness that we take for granted. We might sense confidence, showmanship, and poise, but, oftentimes, the artist is nervous and insecure. That’s okay, though; it makes them human and relatable.

The 11 tracks on Shema B’ni have Silberstein baring his soul to the Jewish music listener. He ably shares a wide range of emotions through different musical genres – country (“A Little Bit”), rock (“V’Sashlem”), gospel (“Be Free”), Latin (“Breath”), and more, sung in both Hebrew and English.

Silberstein’s target audience is not easily defined, mainly because his style is fluid. He is interested in different genres of music, which becomes evident after one go-through of Shema B’ni. Reserved and quiet by his own admission, Silberstein, who grew up in Brooklyn, comes to life “like a light switch was flipped” when he hears strong, happy music. It allows him to escape the quietude and frees him to be expressive.

The album’s title was chosen, in the words of Silberstein, “to strengthen the bond between this generation and the next.” He wrote the title track for his son’s bar mitzvah and is hopeful that music can help build a strong, open, and loving relationship between him and his son and between all parents and their children. “Use music,” he says, “to be less molding, and more mushy. Try to create closer relationships.”

One powerful song on the album, “Poseach,” is a duet with Benny Friedman. Friedman’s voice and range could have potentially overshadowed Silberstein’s, but Silberstein holds his own. Indeed, songs like Poseach and the stirring “Your Song” (a song Silberstein wrote to himself but is sharing with the world with the message that if you keep your head up high, the light eventually comes out) display a trained voice with impressive range and versatility.

Silberstein is moved and influenced by songs, not singers, and is hopeful that the songs on his fourth album will in turn move his listeners and fans. This album, though, is different than his previous three (Simcha, Kol HaKochavim, and Ya’aleh), Silberstein says, because he is “openly displaying his most personal emotions and not holding back.”

Co-producers Doni Gross and Yitzy Waldner (who composed 8 of the 11 songs) helped showcase Tzvi Silberstein’s strengths – voice, personality and genuineness – in the best way possible in this album. Gross has been along for the entire Silberstein ride, as he produced Silberstein’s very first album back in 2015. Clearly, the producers understood the artist’s vision for the recording and ensured his message was packaged exactly as he wanted it.

Silberstein is already hard at work on a new duet album featuring songs composed with the individual styles of guest artists. For now, we can enjoy Shema B’ni, and we anticipate that – once again – Jewish music listeners will present Tzvi Silberstein with five stars! 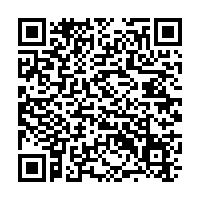