Breathe deeply. You’ll need maximum physical and spiritual power to absorb the uplifting lessons in this book. Page 249 explains why some Jews are praised as “fish on dry land,” a phrase that describes Moshe Rabeinu. Am Yisrael began to appreciate his depth of character at kriat Yam Suf, realizing that “he lived in the revealed world as though he were in the concealed world.” Take another breath. You’re in for a spiritual treat as you learn how to do that.


Rabbi Adin Steinsaltz points out in his preface to Change and Renewal: The Essence of the Jewish Holidays, Festivals & Days of Remembrance that ‘shana‘ means both year and change. Page 44 depicts that dynamic by explaining the Malkhuyot tefilot of Yom HaDin. “There is meaning to the Jewish People’s unique existence as long as it is aware of the function of its existence, as long as it regards itself as a witness,” Steinsaltz comments. “The existence of a chosen people is meaningful only when it is a people of choice.”

The choice is made with a deep understanding of Judaism’s purpose. Page 224 describes generations’ worth of misguided Jews. The first batch and their ideological descendants chose and choose bondage in idolatrous Egypts because of what they idealize: “… exile and life among the nation… to continue being… a servant to the nations and to their values… the blows and suffering inflicted upon us by the nations cease to be something to be complained about… For some Jews, these, too, have become part of the Jewish People’s ‘mission’ – to be exiles… carrying the burden of other people’s lives and work.”

That resignation to suffer from goyim while going through superficial motions of religiosity seems to facilitate assimilation. The abandonment of Jewish values, though, is actually self-inflicted punishment for losing sight of HaShem‘s goals for Am Yisrael. Jews who reject the aliya imperative seem to be included in this indictment; they’re extraordinarily alienated from the Divine mission to live solely to fulfill HaShem‘s will. Preceding paragraphs indict the overall hametz/hunger for assimilation as the cause for other nations to resent the loss of a workforce, hence the rationale for some Jew-hatred [yg: there are others].

The chapter concerning Shavuot may resonate with Torah-aligned Jews. It cites “two decisive elements in the Ten Commandments that turn… their revelation into the great, irreversible turning point.” The first is the giving of the commandments, the second “… is the removal of life’s ideals and supreme values from the realm of the neutral to the realm of serving the Creator.”

Change and Renewal closes with comforting thoughts about teshuva, Jewish life as a do-over. It is justified hope for spiritually-charged futures. Steinsaltz writes that tzidkut rests not on achievement “but on something far greater… the very nature and very existence” of heroes and heroines among the Jewish people, “….attainments are merely extras.” 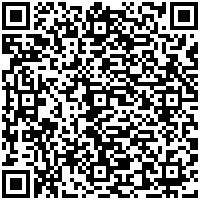