This past Shabbat, Parashat Chayei Sarah, has in recent years assumed the added appellation Shabbat Hebron, taken from the opening chapter in Genesis 23, detailing the purchase of what we call today Me’orat Machpelah in the town of Hebron by Avraham as a burial site for his recently deceased wife, Sarah.

Given the ongoing events related to the nearly universal questioning of the rights to ownership of the Land of Israel by the Jewish people, a closer examination of our rightful inheritance of this land based upon biblical narrative is in order.

Recently, a new commentary on the book of Genesis was published entitled, The Inside Story: A Chassidic Perspective on Biblical Events, Laws, and Personalities (Meaningful Life Center) by Rabbi Yanki Tauber of Woodmere, N.Y.

Within this excellent work can be found some of the most literate and profound observations and interpretations of the biblical text incorporating a plethora of commentaries of varied ideological and theological origins. This methodology, as written and presented to us by Rabbi Tauber gives us an excellent taste for the deeper meanings that are at the core of the teachings of our holy faith.

This review will deal with Rabbi Tauber’s interpretation of the Hebron saga, entitled, “The Hebron Purchase.” As is my method, I will present to you the author’s take for your intellectual enjoyment. This presentment in my opinion is an excellent teaching justifying the Jewish claim to the Land of Israel from time immemorial.

The author begins his narrative by citing the following biblical verse:

“Abraham weighed out to Ephron the money of which he spoke in the ears of the children of Heth: four hundred shekels of silver in merchant’s currency”

Rabbi Tauber follows this verse citation with the following learned teaching that should serve as the basis for the Jewish claim to the Land of Israel:

In Genesis 23 we read of the first tract in the Land of Israel to enter into Jewish possession. G-d had already promised Abraham, ‘The entire land that you see, I will give to you and your descendants forever…Arise and traverse the land, in its length and in its breadth, for to you I shall give it…’ [Gen. 13]. But many centuries would pass before Abraham’s descendants took actual possession of the Land under the leadership of Joshua. One place, however, where a part of the Land of Israel came into the possession of the Jewish people in the actual and legal sense was the “Machpelah Field and its cave” in the heart of Hebron, which Abraham purchased from Ephron the Hittite.

Further on the author presents to us the reality that these events have come down to us and teach both us, and the world the truth as to what Eretz Yisrael means to us since time immemorial:

Indeed, our sages point out that there are three places in the Land of Israel over which the Jewish right of ownership is most powerfully established. Even those who deny the divine promise quoted above [and reiterated by G-d many times throughout the Bible], cannot contest the Jewish right over the Temple Mount in Jerusalem, purchased by King David from Aravnah the Jebusite; the section of Shechem [Nablus] purchased by Jacob from the family of Canaanite ruler Hamor; and the Machpelah Field of Hebron, purchased by Abraham as a burial place for his wife Sarah.

Rabbi Tauber concludes this teaching with the following observation:

The same is true of the Land of Israel. Israel is the eternal inheritance of the Jewish people, equally the property of every individual Jew. And so it has been from the very first moment of Jewish ownership of the Holy Land: the first plot of land obtained by the first Jew included a share for every Jewish soul.

This sacred teaching inheres within it absolutely no equivocation of thought or intent. This claim to the Land of Israel is based upon the holy writ, a scripture regarded as sacred by two of the three major monotheistic faiths of our time.

This lesson is further reinforced by the author in a previous teaching, “Give and Given,” cited in this same volume wherein we learn the following:

Therein lies a lesson for all generations of Jews. Although we may find ourselves in galut [exile], under the hegemony of nations more powerful than ourselves, this does not in the least affect our ownership of the Holy Land. The Land of Israel is ours by divine bequest; we need only claim our heritage. We need only traverse the land and settle its length and breadth to make it unequivocally and eternally ours.

Rabbi Yanki Tauber is currently chief writer and editor of The Book, a new translation and anthologized commentary for The Five Books of Moses, and is the author of the three volume series Inside Time: A Chassidic Perspective on the Jewish Calendar, that warrants your attention, too.
More on the Purchase
Recently a new volume was published by Maggid Books entitled With Might and Strength: An Autobiography by Rabbi Shlomo Goren, zt”l. Within this extremely interesting work are some very insightful observations of his experiences during the Six Day War in 1967. Among these experiences were those that he had in the conquest of Hebron in a chapter entitled, “Rachel’s Tomb and the Cave of the Patriarchs.” His first-hand accounts are among the very few to have been written by someone who fully understood the spiritual significance of this conquest. With the upcoming 50th anniversary of the Six Day War this coming spring, I strongly urge to give this memoir by Rav Goren your attention.

Another work worth your attention is Between the Lines of the Bible: Recapturing the Full Meaning of the Biblical Text (UO Press / Urim Publications, 2015) by Rabbi Yitzchak Etshalom. Of timely importance is Rabbi Etshalom’s rather cerebral treatment of the Biblical text dealing with Hebron, specifically, chapter 12, “From Hebron to Sodom.” and chapter 14, “ Purchase of Machpelah: Historical Background and Archaeological Evidence as Tools of Interpretation.”

Originally printed in the Jewish Star. 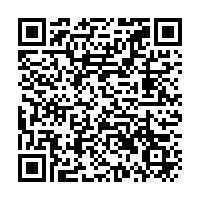