Venice, The Jews And Europe: 1516-2006 is a fascinating summation of the five century history of the world’s first Jewish Ghetto, including its development, architecture, and life of its inhabitants. A reconstruction of the Ghetto in its various historical phases makes it possible to see exactly how the quarter grew, and author and scholar Donatella Calabi closely analyzes Jewish customs and rites, the outstanding importance of Venetian Jewish printing, the first in Europe, and the vibrant cultural, artistic, linguistic, and economic life in the Ghetto.

The Jewish relationship with the city is part of Venice’s identity – a microcosm that grew within itself, its architecture, social makeup, crafts and trades, material life, the relations between the Jewish minority and the rest of the city, and the background of relations with other Jewish settlements in Europe and the Mediterranean.

Venice, The Jews And Europe, publishing to accompany a major exhibition at the Palazzo Ducale which ran through November, is 535 sumptuously illustrated pages of chronological history that will captivate anyone with an interest in European Jewish culture though the ages, and the bewitching city of Venice.

Donatella Calabi is professor of history of the city at IUAV University in Venice. She has written about the history of the city in the modern and contemporary age, and about the origin of urban studies in Europe, focusing particularly on marketplaces and the spaces occupied by minorities. 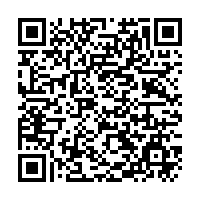