Tevye stood alone on the rain and windswept deck and stared at the merciless sea long after everyone else had retreated to whatever shelter they could find. His head hung down in surrender, and he clutched at the railing as the ship rose and fell. Stricken with pain, he raised a fist to the sky and cried out to the heavens, “I’ll show you what Tevye is made of!” But the howl of the wind muted his shout of defiance, breaking his last vestige of pride.

He knew he was being tested, yet he didn’t know why. He had sins like any man, but this final punishment was more than a creature of flesh and blood could endure. True, the Rabbis taught that the Lord does not test a man’s powers, but without his wife, Golda, Tevye felt crushed. Let God choose some other poor fool to suffer for all of the world. Tevye had already borne enough of the burden.


Not that he was complaining. The Almighty had created him, and He was free to do with him as He wished. But if it were all a part of some Divine, cosmic purpose, then Tevye wanted to be informed. What was the plan? Why did the simple Jew suffer, while the wicked lived like kings? Nachman said that God punished the righteous for their sins in this world so that He could give them everlasting life in the World to Come. And the wicked were rewarded in this world for whatever good deeds they performed, so that God could cut them off from Heaven forever. In theory, it sounded fine. Like everything else in the Bible, Tevye readily believed it. But what good did it do him as he stood soaking wet in the rain? And what good had it done Golda? Once again, when he was on the verge of despair, Tevye heard the sound of her voice in his brain, “Be strong, my Tevye, be strong.”

The rocking of the ship put Tevye into a trance. His eyes stared tearfully out at the sea, as if searching for Golda’s coffin. He didn’t respond when Hava tugged at his arm and urged him to abandon his watch. He didn’t budge when Bat Sheva begged him. He didn’t listen to Ruchel and Nachman. At some point, the afternoon slipped into night. Finally, the storm abated. The ocean calmed as if it had been appeased by the treasure it had stolen from Tevye. Exhausted, Tevye fell asleep on his feet. All through the night, Goliath sat on the deck beside him, holding Tevye’s legs so that he wouldn’t fall into the deep alongside his Golda. With the first morning light, the giant stood up and peered out at the horizon. A shimmer of gold, like a faraway outline, appeared between the sky and the ocean.

The milkman opened his eyes. Was it a vision? Was it a dream? A shudder swept through his body. His flesh tingled. He squinted to get a better glimpse of the Land, of the legend, of the longing of Jews for thousands of years. As if by itself, the words of a blessing rose up from his soul, a blessing for himself, for all of his family, and for all of the Jews who would come after him to these sacred shores:

“Blessed art Thou, Lord my God, King of the universe, Who has granted us life, and sustained us, and enabled us to reach this moment!”

The good news spread quickly. Soon, all of the Jews were crowded on deck, waving, cheering, hugging each other and singing. Men grabbed hands and danced, whirling around faster and faster until their feet seemed to hover over the deck. The women formed their own festive circle a modest distance away from the men. When the boys and girls of a Zionist group grabbed hands and started dancing together, a group of Hasidim rushed over, yelling, “Shanda! The scandal! The shame! This is the Holy Land!”

By the time morning prayers were completed, the ship had narrowed the distance to shore. A golden tiara of sunbeams shone down on the Promised Land. The sun-baked buildings of Jaffa stood on a hillside ringing the harbor. Here and there, a minaret protruded over the sun-bleached roofs. Beyond a cove of rocks guarding the bay, rays of sunlight sparkled over tranquil green water. Masted schooners rested alongside the dock. Long, flat rowboats were anchored in colorful bunches. The new immigrants stood gazing at the land of their forefathers. As they neared the harbor, an official-looking launch pulled up to the side of the steamship, and a Turkish officer climbed up the ladder, followed by several soldiers. Out of earshot of the passengers, the red-turbanned officer and the boat’s captain conferred. 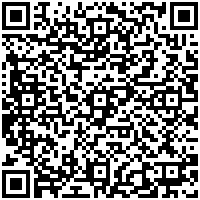