Overnight, Tevye’s new cottage became a warm, haimisher home. In reality, the hastily built structure was merely a hut with a roof, but in the eyes of the newlyweds, it was a royal abode. The morning after the wedding, as if in a dream, the aroma of freshly baked bread awakened the groom. With a feeling of wonder, Tevye watched his beautiful wife prepare him a breakfast of goat’s cheese, olives, and the traditional Yemenite bread, malawach.      “You missed the morning minyan,” she said.

“That’s to be expected,” Tevye answered with a smile. “After all, I am a new chatan.” Indeed, he felt like a groom.

“Very,” he answered. “I am the happiest man in the world.”

Carmel blushed and went back to the tiny brick oven in the corner of the hut which served as a kitchen. Tevye pulled a curtain along the cord which divided the sleeping area from the salon. He dressed and stepped outside to wash his hands and his face in a basin of water. Nachman and Shmuelik were learning in the synagogue when Tevye stepped in to pray. They stood up and shook Tevye’s hand and wished him more mazal tovs.”

“May your own wedding be soon,” Tevye said to Shmuelik.

“From your lips to God’s ears,” the bachelor responded.

“Why didn’t you wake me to pray with the others?” Tevye asked as he donned his tefillin.

“A chatan is a king for the first year of his marriage,” Nachman answered. “And a king deserves his rest. So we decided to go ahead without you.”

“Some king,” Tevye answered. “There is work to be done.”

“A one-day vacation won’t kill you. Take it easy. Go on a long walk with your wife. Don’t worry. Your work will be waiting for you.”

Tevye grumbled. It was true, he needed a rest. He felt like a ragged shmatte. With all of the tumult leading up to the wedding, his mind was as drained as his body. But, thank God, the demon had fled. Blessed with new insight, he realized that even that madness and the crazy scheme of the Muktar had been sent by the Lord, to rescue him from the barn and bring him to wed. Praise be the work of the Lord.

After davening, he returned to the house. With a shy, nervous blush, Carmel set his breakfast before him as if she were serving a king. Silently, she poured him a hot cup of tea. Before he had finished eating, she had already swept the floor. Then, without stopping for a moment, she hung a yellow curtain in the window and spread an embroidered quilt on their bed. Tevye had to rise up his feet as she unrolled the hand-woven rug which the Muktar had given them for a present. Not to sit idle and stare, Tevye unpacked the candlesticks he had brought from Anatevka and set them on the dresser which Reb Shilo had made. Originally, the candlesticks had belonged to his mother. When Tevye had married, she had given them to Golda.

“Every Sabbath evening, my wife, Golda, would light the Sabbath candles and say a special prayer, recalling my father and mother,” Tevye told his new wife.

“I will recall them also,” Carmel said softly.

Alongside the candlesticks, Tevye placed his Bible and the six volumes of Mishna which Nachman and Ruchel had given to the newlyweds as a gift. To help bring the blessing of Torah into Tevye’s new house, Reb Guttmacher had volunteered to come over every evening to study with the “chatan” as he liked to call Tevye. And, amazingly, Tevye felt like a groom. For the first time in ages, he looked forward to the mornings, as if he had a new lease on life. After all, would God have given him such a tender young ewe if his own end was near? Overnight, he felt strong and invincible, as he had as a youth. The Lord God of Israel was with him, filling him with a confidence and joy that he wanted to share with the world.

He even accomplished twice as much work in the field. Miraculously, his back stopped aching, and instead of crashing to sleep on the floor of the barn immediately after the evening prayers, the whole first week of the wedding, he and his bride feasted and celebrated with friends hours into the night. His joy was so great, he failed to notice that behind his Hodel’s smile was a deeply troubled heart. All through the week, she was silent, not wanting to spoil her father’s great joy. Of course, when Carmel’s brother, Yigal, had come to Shoshana to fetch her to the wedding, she had been astonished and pleased with the news. But it was hard to wear a smile when her own marriage was falling apart. 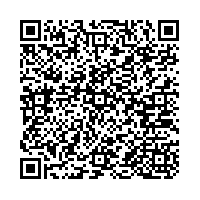