Both of Elisha’s two grown daughters were golden-skinned, beautiful, devoutly religious, and nearly half Tevye’s age. The eldest daughter, Carmel, was naturally the first choice of the parents, but Elisha told Tevye he could marry whomever he picked. Embarrassed by the whole distressing business, and wanting the matter to be concluded as discreetly as possible, Tevye told him that Carmel would be fine.      Tevye had never been a man to pay much attention to women, except for his wife, Golda, of course, but now and then on the settlement, he had noticed that Elisha’s eldest daughter far surpassed all of the other young women, not only in beauty, but also in the industrious way that she worked. Whether it was in the dining tent, the chicken coop, or the fields, she seemed to do twice as much work as the others. Now that a match was in the making, Tevye helped himself to a few extra looks. Being a man with a great lust for life and a healthy appreciation of the Almighty’s Creation, he could not help but notice how truly pretty she was. But her youth made him feel so uneasy, he wanted to forget the whole crazy scheme. As if to make sure, he snuck into Ruchel’s house and searched for a mirror. A long time had passed since he had seen his reflection, and now when he stared into her looking glass, he could only shake his head sadly at the old bearded goat that stared back. True, he had not turned grey completely, but white hairs were beginning to sprout in his beard and along the sides of his head like patches of weeds. Catching him with the mirror, Ruchela teased him for being so vain. She said that the “silver” in his hair lent him an air of nobility and wisdom. Laughing, she told him to stop worrying about getting old. But it was not only his age which bothered Tevye. Suddenly, he noticed that his belly had grown rounder and softer, his teeth had yellowed and chipped, and his back ached so painfully that some mornings he had to summon all of his strength to get out of bed. “It’s all in your mind,” Ruchel said. “Besides, Carmel is a woman already with a mind of her own.”

To make certain that Carmel was not being forced into the marriage, Tevye sent his daughter on a mission to speak to the bride. He wanted her to know what a broken-down husband she was getting. Tevye himself was too embarrassed to go. Since the day he had agreed to the marriage and shaken hands with the father, Tevye had hardly spoken a word to the young girl herself. For one thing, she was shy, and whenever she glanced at him with her dark, sparkling eyes, Tevye was flabbergasted completely. Suddenly, Tevye, the orator, had nothing to say. Whenever he was next to her, he became as tongue-tied as Moses had been when he had discovered the burning bush.


Ruchel came back with a glowing report. Carmel was all smiles, the happiest girl in the world. For months, she had been casting secret glances at Tevye, her father’s best friend. If her father thought highly of him, that was enough for Carmel. The difference in their ages didn’t bother her at all. On the contrary, she told Ruchel that Tevye’s great wisdom would help them build a proper Jewish house. What bothered Carmel the most, Ruchel said, was her own insecurity in being so young. After all, Tevye hardly ever said a word to her, certainly because he was so learned and worldly, and she was so naive and unschooled.

“What did you answer?” Tevye asked.

“I said that while it was true that you ranked with the likes of Rashi and the Rambam, you also enjoyed talking to horses and cows, and that she shouldn’t let your big beard make her think you were as old as Methusalah.”

Tevye nodded. It was good that a wife should feel some awe for her husband. True, Golda hadn’t. But she had lived with Tevye for twenty-five years and seen him in his weakest moments, like when he had let her cousin Menachem Mendel squander all of their savings on stocks. He realized that Elisha’s daughter saw him as a philosopher, a statesman, a pioneer builder. It was important, therefore, that he remain bigger than life in her eyes, and not let her find out that he was really an ordinary nebick like everyone else. 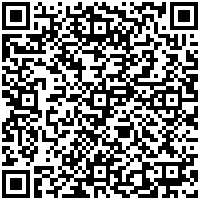