Amidst the fanfare, adulation and excitement of the Simon Rockower awards ceremony in Atlanta, hosted by the American Jewish Press Association, was a discussion about antisemitism from three prominent organizations tasked with following such incidents in Middle America: the Federal Bureau of Investigation, the Anti-Defamation League and the Simon Wiesenthal Center.

For the FBI, “it’s this extremely fine line between when they are just espousing hate and when they are going to act on it. It’s extremely difficult for us,” said Christopher Macrae, FBI Atlanta assistant special agent in charge. “I want to differentiate what is an actual hate crime and a hate incident. A lot of people, when there are hate incidents, they call it a hate crime. Fortunately and unfortunately, hate incidents the majority of the time are protected under our First Amendment. As egregious, atrocious and disgusting as certain particular comments are, that is people exercising their first amendment rights. A hate crime is an actual criminal offense, which is committed against someone’s religion, gender, sexual orientation, stuff like that.”

For the Simon Wiesenthal Center it’s all about educating the public, including school-aged children.

“I think it’s important to understand that 58 percent of the religious-based hate crimes are against Jews out of a population of only 2 percent,” said Alison Pure-Slovin, director of the Midwest Region of the Simon Wiesenthal Center, based in Chicago. “If there is a swastika on a garage door, it’s reported as graffiti. It’s not considered a hate crime necessarily because it’s a different type of prosecution in Illinois. Hate crimes are underreported because it’s a little harder on the paperwork and law enforcement don’t want to do that kind of additional paperwork so they just call it graffiti. We don’t really know what the numbers are.”

The Anti-Defamation League acknowledges being overwhelmed with the rise in antisemitism and hate crimes.

“It’s not that shocking right now when you look out at the world and realize what we’re all going through that the rates of antisemitism are so high,” said Allison Padilla-Goodman, vice president of the Anti-Defamation League’s Southern Division, based in Atlanta. “The majority of the incidents of antisemitism here in this community are like every day citizens doing stupid things. Antisemitism is on the verge of being [normalized], kind of like seeping through everyday actions that people are doing, seeping through the kind of regular things and kids using swastikas because in schools it’s kind of blanket hate symbols, they’re not understanding how to interact with the world. We’ve seen a lot of incidents where schools are really struggling with antisemitic content. When they notice it, they’re horrified, ashamed and embarrassed – but they just didn’t notice it. We’ve seen this real surge in the normalization of antisemitism. Antisemitic incidents that are not really from the left or the right they’re just sort of seeping into everyday life, which is what I think has American Jews feeling so unsettled as a whole.”

The FBI is struggling with having limited parameters to do their job effectively.

“Juveniles are a huge problem especially for the federal government, because in general we do not prosecute juveniles,” Macrae said. “Just like the hate they are espousing, we’re seeing the exact same thing as far as violent crime. When you look at violence in Atlanta, the shootings and the murders, a lot of those are being conducted by juveniles. Adults know that if they commit a particular crime, they’re going to go to jail for a really long time. Now they are enlisting the services of juveniles to commit those crimes on their behalf. Under age 18 is considered a juvenile to the federal government.”

As New York begins a new chapter with surveying school officials about how much they are teaching about Holocaust education, the experience in Chicago has not been without bumps in the road.

“In schools, swastikas are everywhere. Unfortunately, we’ve also learned in Illinois [which is] mandated, as in many other states, to teach Holocaust education,” SWCs Pure-Slovin said, “anytime I’m called into a school because there was some kind of graffiti like a swastika or some kind of bullying to a Jewish student, we hear that all the time ‘Hitler should have finished you off.’ It’s always right after they learned Holocaust education. Right after they’ve been educated in the classroom. It’s immaturity, it’s another way to bully. It’s another way to be cute or funny. They don’t understand how painful it is for a child. It’s like body shaming or anything else. Then they use what they learned about the Holocaust unfortunately, to bully a child.”

Macrae says he is walking a tightrope and always mindful about not violating people’s constitutional right or expression and free speech. Federal authorities are often relying on referrals from groups such as the Simon Wiesenthal Center and the Anti-Defamation League.

“We cannot monitor folks for what they are saying under their First Amendment rights. It’s an extreme balancing act,” Macrae said. “You’ll see stuff in the news when it happens. Someone will commit a crime and then they will go back into their social media.”

Meanwhile the ADL is trying to get Facebook and Instagram to do a better job of monitoring their social media posts.

“ADL is not a government organization. We don’t have the same parameters the FBI has,” Padilla-Goodman said. “We monitor and track extremism and hate online all the time. Our center on extremism is really on the ground. They really know their stuff about online hate. They are able to flag things for the FBI and other law enforcement agencies when we see them.

“On the flip side we have our Center for Technology and Society located in Silicon Valley. The CTS is really focused on the policy of the tech industry in doing some of the research. They just published last month our online hate and harassment report. CTS reported 65 percent of the people have been harassed online by identity-based hate. The youth rates are even higher, with 72 percent of marginalized youth being harassed last year online versus 46 percent of non-marginalized youth. We have a real problem. There is a serious policy issue here. We need some regulations on social media. It’s being treated as a free-for-all. ADL just launched our combat report effort which is a whole of government, whole of society policy initiative pushing against – legislating and kind of helping on antisemitism. Some of this is following up on Stop Hate for Profit, which is from last year where we really pushed for Facebook and Instagram, in particular to increase their regulations.”

For the Simon Wiesenthal Center, the admission that a quarter of a century of trying to tame antisemitism is still elusive.

“The problem is, of course, that it is still free speech, unfortunately,” Pure-Slovin said. “One of the things we’re doing now is that for 25 years we’ve been teaching digital media literacy. We’re doing it in the schools, we’re doing it in the Mobile Museum of Tolerance and we do it at the Museum in Los Angeles and we do it anywhere anybody will ask,” Pure-Slovin said. “We even teach the students – how do you report it? If you look at Facebook underneath any post is Like, Share, Comment. Why isn’t there a button to Report right there? Why is it so difficult to report something that makes you uncomfortable? We’re trying to get Facebook to change that button right under the post that made you uncomfortable. Students don’t know how to report hate so we are teaching them and educating them how to do that. It’s technology we should all know. Adults in the room, do you know how to report something that made you uncomfortable? I doubt it. Those are important things to do and unfortunately, they failed. All the organizations who are working on it and unfortunately, we still aren’t accomplishing what we need to.”

As these organizations try to stay on top of the latest slang and hurtful language, no one on the panel knew what “187” means. It is a slang term for “murder.” It is a term associated with hip-hop songs dealing with topics of crime or gang violence. It is derived from the California Penal Code, which defines the crime of murder. The number is commonly pronounced by reading the digits separately as “one-eight-seven,” or “one-eighty-seven,” rather than “one hundred eighty-seven.”

“One-eighty-seven, I do not know what that means,” Macrae said. “There are some historic symbols which are automatically associated with hate and do inflict fear in individuals, for example, a burning cross, a swastika. That is now another thing that if that is done, that automatically falls within the federal hate crimes statute. This is a learning moment for me as well.” 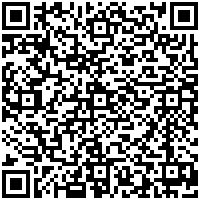