Ulysses S. Grant, the 18th president of the United States, would have turned 200 years old last week, on Wednesday, April 27. He served as chief executive from 1869 to 1877. He died from throat cancer at age 63 in Wilton, Saratoga County, NY, a day after completing his two-volume memoir. The tome saved his family from financial ruin.

Grant’s friend Mark Twain, understanding how bad Grant’s financial condition was, made him an offer for his memoirs that paid an unheard-of 70 percent royalty. To provide for his family, Grant worked intensely on his memoirs at his home in New York City. Because of the summer heat and humidity, his doctors recommended that he move upstate to an Adirondack cottage at the top of Mount McGregor, offered by a family friend. Grant only spent 37 days at the cottage, now a National Historic Landmark. Due to Twain’s generosity, Grant’s wife, Julia, received about $450,000 in royalties (the equivalent to $13,600,000 in 2021).

With all the hoopla and celebratory words of Grant’s service to this country, nowhere has there been made mention of General Orders No. 11, which General Grant dispatched on December 17, 1862. He had received numerous messages with complaints about Jewish speculators in his district attempting to drive up the cost of cotton in the South during the Civil War. He also feared the trading corrupted many of his officers who were also eager to make a profit on a bale of cotton, while the majority of those involved in illegal trading were not Jewish.

The 1862 letter was short, but its meaning was clear – and devastating. “You are hereby ordered to leave the city of Paducah, Kentucky, within twenty-four hours,” it read. Besides Kentucky, Jews from Mississippi and Tennessee were also ordered to vacate the area. These southern states were Grant’s territory during the War Between the States.

Historians believe the way Grant wrote General Orders No. 11 it appeared he held antisemitic views since he expelled “the Jews as a class.” There are no records in the War Department suggesting that Grant was authorized to issue such an order. Grant wanted the government to purchase cotton at a predetermined price, and then send it northward, which would have ended military and civilian involvement in the cotton trade.

The Order stated: “The Jews, as a class, violating every regulation of trade established by the Treasury Department, and also Department orders, are hereby expelled from the Department.” The order was immediately controversial and received condemnation from the Jewish community. At least thirty Jewish families living in Paducah were forced to move from their homes. Newspapers heavily criticized Grant for his orders, and he was nearly censured by Congress. Politicians, including President Abraham Lincoln, were bombarded by the Jewish community with protests over Grant’s orders. There were many soldiers serving in the Union armies who were Jewish and it did not seem right to be fighting for a country that was expelling their own people. On January 3, 1863, Lincoln immediately ordered Grant to rescind the Orders but it took two weeks for Grant to comply. These orders became a stain on Grant’s reputation for the rest of his life.

Grant never said much publicly about General Orders No. 11, but he did express regret about issuing the Order and offered an apology. In an 1868 letter to Jewish Congressman Isaac Morris (D–Quincy, IL) that was later published in newspapers around the country, Grant stated, in part, “the Order was made and sent without any reflection and without thinking of the Jews as a sect or race to themselves, but simply as persons who had successfully . . . violated an Order.” Continuing, Grant stressed that “I have no prejudice against sect or race, but want each individual to be judged by his own merit. General Orders No. 11 does not sustain this statement, I admit, but then I do not sustain that Order.”

“That was one that if Grant had to do over again, I believe he wouldn’t have done it,” Steve Porto, executive director of Grant Cottage told The Jewish Press. “We all have things in life that we wished we had done a different way or not done at all. I know I do.”

There will be a gala dinner honoring Grant’s 200th birthday on October 16 at the swanky Gideon Putnam Hotel in Saratoga Springs.

Assemblywoman Rebecca Seawright (D–Upper East Side, Manhattan) and Senator Toby Ann Stavisky (D–Forest Hills, Queens) are trying to push through a measure in the waning days of the legislative session aimed at mandating training or counseling in hate crime prevention and education for individuals convicted of hate crimes.

“Reports of hate crimes have been steadily increasing over the past several years, particularly against certain groups; there were reports of 6,121 incidents in 2016 and 7,175 incidents in 2017 (a 17 percent increase), making 2017 the highest year to date of reported incidents to the FBI since it began collecting data in 1995. In New York City, the NYPD reports that there have been 84 complaints leading to 23 arrests for hate crimes in the first quarter of 2020,” according to the bill memo. “Currently, the court may require the defendant in a hate crime to complete a program, training session or counseling session directed at hate crime prevention and education. This legislation will mandate the completion of such a program, training session or counseling available and developed or authorized by the court or local agencies in cooperation with organizations serving the affected community. Education is key to tolerance and respect for others and is essential to keeping communities safe from hateful acts and violence.”

The measure passed the Assembly in January but has been bottled up in the Senate Codes Committee, which is chaired by Senator Jamaal Bailey (D–Baychester, The Bronx).

Seawright has two other hate crimes bills that don’t seem to have much success of passing this session.

“We have seen the shocking harm caused by people who spread hate and intolerance [with] impunity. This legislation would prohibit the sale of merchandise with symbols of hate,” Seawright wrote in the bill memo. “The term ‘symbols of hate’ shall include, but not be limited to, symbols of white supremacy, neo-Nazi ideology or the Battle Flag of the Confederacy.”

The bill has been stalled, since January, in the Assembly Consumer Affairs and Protection Committee, which is chaired by Assemblywoman Nily Rozic (D–Fresh Meadows, Queens).

A third piece of legislation is another one-house bill by Seawright. The measure tries to close a loophole in the current hate crimes law.

“Violent hate crimes that occur without knowing the intent of the criminal and are later discovered to be motivated by bias or hate would not be pursued as a hate crime,” Seawright explained in her bill memo. “Currently, the known or perceived protected classes as defined in statute are not legally sufficient to satisfy the people’s burden. This legislation is the missing piece to bring justice to those who want to establish the substantiation of a hate crime or a specified offense by establishing a pattern of previous prejudice by a defendant with evidence relevant to the offense and case.”

This legislation is bottled up in the Assembly Codes Committee, which is chaired by Assemblyman Jeffrey Dinowitz (D–Riverdale, Bronx).

“Kind, cordial, gracious and welcoming.” That’s how newly-minted Assemblyman Ari Brown (R–Cedarhurst, Nassau County) described to The Jewish Press the people he’s met over the past week since taking office. “It’s one of the most wonderful experiences.”

Of the three other Orthodox Jewish members in the Assembly – Simcha Eichenstein (D–Boro Park, Brooklyn), Dan Rosenthal and David Weprin, both of Queens – Eichenstein and Weprin reached across the aisle to engage in private conversations with Brown.

“We talked about minyanim and where to get food. Simcha gave me a list of shuls to go to if I need a minyan because unfortunately, I need to say Kaddish often. David Weprin welcomed me to the Orthodox Jewish Caucus. He was very nice and welcoming in every regard,” Brown said. “I told my kids at the Shabbat table – top to bottom, everyone’s been great. Aside from bumping into Speaker [Carl] Heastie (D–Williamsbridge, The Bronx) I haven’t said anything to him.”

“My issues and concerns are not just for the Jewish community,” said Brown. “It’s for Long Island, it’s for my district, it’s for the state and it’s for everybody equally. Do I have sensitivities towards Jewish and Orthodox concerns, of course.” 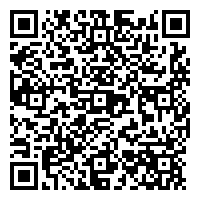