For much of the two hours of speechifying by seven award recipients and presenters, plus COJO leadership, the crowd of 1,100 attendees were mingling, networking and catching up on what happened over the past few years since the last event was held in 2019, pre-Covid.

“This breakfast goes back more than 40 years where the community relies on this event for mingling and seeing their elected officials on a yearly basis,” Louis Welz, COJO CEO, told The Jewish Press. “It’s sad we haven’t done this event since 2019. We’re back full force.”


In 2019, Assemblyman Daniel Rosenthal (D-Kew Gardens Hills, Queens) was in his first term in Albany. The irony of receiving a Freshman Leadership Award during his fifth year in office was not lost on Rosenthal.

“Only in Albany can you still be considered to be a freshman after five years,” Rosenthal noted to the crowd.

As for all the talking going on when he took to the lectern, Rosenthal was the only one not to shush the attendees.

“Unlike every other speaker I have no problem if you talk during my speech,” he said.

Rosenthal, 30, was introduced by longtime Assemblywoman Helene Weinstein (D-Sheepshead Bay, Brooklyn), 69, who was first elected in 1980. Weinstein noted that Rosenthal was born ten years into her tenure in the Assembly.

Commenting on the noise in the room, she said, “No matter the size of the crowd, the noise level remains the same year after year.”

“When candidates were running for city council, the New York City Democratic Socialists of America issued a questionnaire that was really antisemitic, asking candidates to pledge not to visit Israel,” Weinstein recalled. “Because of that Daniel immediately sprang into action. He was able to get support from 50 [out of 213 state legislators] of our colleagues and we pushed back against this dangerous rhetoric.

“Along with Assemblymen [Steven] Cymbrowitz and [Simcha] Eichenstein, we have worked closely on issues relating to try to bring equity to the special education system and Daniel is a part of that effort as well as our efforts to increase STEM funding and to increase funding for after-four school buses,” Weinstein concluded.

“There are a lot of challenges ahead, whether it’s the drastic rise in antisemitism with New York state seeing the highest rise in antisemitism than any other state in the nation, or whether it’s yeshiva education, we have a lot of work to do, a lot of work ahead,” Rosenthal said. “It’s important to see the community is still motivated to come out in the morning and be active in our process.”

Former New York City Councilman Robert Cornegy presented Councilman Kalman Yeger with the Councilmember of Distinction Award. The two have been friends during their overlapping time on the city council.

“It seems that every month we are vacillating from antisemitism, to racism, to xenophobia, to homophobia in this country,” Cornegy said. “What people need to see is rooms like this that are diverse, where we are celebrating each other. Your friendship, as a community, is incredibly important to my community and vice versa.”

“We are not in this alone. People who hate others, hate us. People who hate us, hate others,” Yeger said. “Friends, the antisemitism in public office is everywhere you turn. I urge you, don’t close your eyes, it’s there. To be identifiably Jewish in New York today is an existential threat. Understand what that means. To walk down the street wearing a yarmulka, to walk down the street dressed like Duvid Schwartz or Assemblyman Simcha Eichenstein, represents an existential threat to your existence on this planet. It’s not hyperbole. Every single day in New York City, every single day a Jew is harassed or worse for being a Jew or looking like a Jew. If you think that when I’m talking about these politicians who show up and make light of our existence that I’m kidding, look around to see what’s happening. I didn’t mean to be a downer. I love this community so much.”

Upon taking office in 2021, Torres, 34, said would not join a group of left-wing Democratic representatives due to their support of the Boycott, Divestment and Sanctions [BDS] movement. He supports a two-state solution for Israel and Palestine.

“Ritchie has been one of the most reliable and staunch supporters of Israel and the Jewish people,” Goldenberg said. “From urging for its right to exist to opposing the BDS movement to Israel’s right to self-defense. Ritchie is at the forefront of Israel’s security with the same fight in him that fights for The Bronx. Ritchie has visited Israel several times to see first-hand the country he supports.”

The irony of receiving a Distinguished Statesmanship Award was not lost on Torres but maybe he read the plaque wrong.

“I never thought at age 34 I would be an elder statesman but it’s an honor to be here,” he said.

Torres first visited Israel in 2015 and said it was love at first sight.

“I will never forget the experience of going to Yad Vashem and Masada,” Torres recalled. “I want you to know that my advocacy for the state of Israel in the United States Congress is part of your legacy. I am proudly a pro-Israel Democrat and we are living in a time when it’s become fashionable to tell lies about Israel like the notion that Israel is an apartheid state or Israel is creating genocide or ethnic cleansing. These are lies to incite hatred that often hardens into violence.

“As far as I’m concerned, those of us who think of ourselves as pro-Israel, it is more important than ever to not only know the truth but to speak the truth, to speak it forcefully so that it can be heard. So that the truth has a chance of breaking through. I promise I will try to be an oasis of spoken truth in what increasingly feels like a desert of disinformation against Israel as a Jewish state,” he added.

“Congressman Torres has no reason in his DNA to support Jewish people or the state of Israel,” Welz told The Jewish Press. “This obviously comes straight from his heart. He doesn’t have that many Jewish constituents; in fact, his politics, as a progressive, would dictate that he would be anti-Israel, as many of his colleagues are.”

While Torres was slated to be introduced by New York’s senior United States senator and majority leader, Chuck Schumer, he had a scheduling conflict with Zoom calls to Buffalo in the aftermath of the tragic shooting there. Schumer arrived late and once again had to calm down the crowd, as in year’s past, with his standard, “Sheket b’bakasha” (quiet, please), and plenty of shushes during his remarks – as if no one was interested in hearing what he had to say.

“I was supposed to present the award to Ritchie Torres,” Schumer, 71, said as an apology and then praised Torres. “He’s an amazing senator. He has always stood up for Yiddishkeit and for Israel. Congressman, what did I call him? Senator. Maybe one day. One day but I’m not retiring for a while. One day soon.”

“He has stood up for Yiddishkeit, he has stood up for Israel, he gets a lot of flak for it and he doesn’t blink. We could not have a better friend for our people and for Eretz Yisrael than Ritchie Torres. He deserves this award.”

Schumer then began his self-aggrandizement and personal back-slapping. “Having the Jewish majority leader matters to our community a great deal,” Schumer said. “We are still giving out more money to our yeshivas and our Jewish institutions. No one has gotten more money for our Jewish community, ever, than me. I had to fight the same people Ritchie is fighting to make sure our religious institutions got the same treatment as the other institutions. I made sure our yeshivas and our shuls and our shteiblach had PPP. When they gave out the education money, we set aside $5 billion. I worked with so many different groups and we made sure $5 billion is going to our yeshivas. Many of them are receiving millions of dollars to help.

“We did get $250 million in a non-profit security grant this year. That goes to help us with all of the antisemitic incidents we see directed at our yeshivas at our schools and at our Jewish people. The non-profit security grant will let our religious institutions build fences, put on doors, put on windows and hire a security company to guard the place and that is really needed. Next year in Yerushalayim – we get $360 million. Next year we shouldn’t need it, im yirtzeh Hashem,” Schumer concluded.

The long history between Schumer and COJO Flatbush goes back to the birth of the organization.

“Senator Schumer was at the founding meeting of COJO,” Welz said. “I don’t recall whose house that was but he was actually there. He was the local assemblyman at the time. He has not missed a single breakfast since we started. It still becomes difficult for him not to attend. At the end of the day, he knows his roots and his roots are here. He comes back year after year and we very much appreciate that he does.”

The attraction for this organization to gain a prestigious following did not happen overnight. It occurred one connection at a time.

“The most important thing is that people rely on COJO to take care of their neighbors and friends. That’s why they show their support to COJO,” Welz said. “Very often an individual will not take assistance from a family member or a friend because they’re embarrassed. We’ll get calls from people who say I need you to take care of my brother. I need you to take care of my neighbor or my cousin. That neighbor, brother or cousin has an easier time taking help from COJO knowing that this is an outside agency and people within their family and social circles don’t know that they’re receiving help. We serve all of southern Brooklyn from Mill Basin to Gravesend.”

The other honorees included:

“It’s never too late to do good, to help out, to provide assistance to those in need and that’s exactly what COJO does,” Sokol said.

Next year the ceremony will be held in March. This year’s event was postponed two months due to rising cases of COVID. 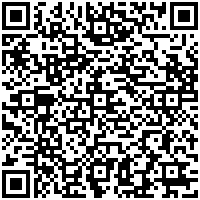