JERUSALEM – A leading Orthodox rabbi in Israel has a revolutionary proposal for the harvesting of organs from a clinically dead patient. At present, his proposal not only has no support from other rabbis, it is also against Israeli law – but he is not fazed.

“I want to bring the matter up for public dialogue, and then we’ll see,” he told The Jewish Press.

Rabbi Ratzon Arusi, who wrote up his new proposal in the latest annual edition of the respected halachic journal Techumin, is the chief rabbi of Kiryat Ono (a municipality east of Tel Aviv); a member of the Chief Rabbinate Council of Israel; and considered the chief rabbi of Yemenite Jewry in Israel. He has a doctorate in law from Bar Ilan University, where he lectures in Jewish law.

Rabbi Arusi’s proposal is that a rabbinical court, or bet din, should be established in each hospital in order to decide in real time whether the organs of a clinically dead patient should be used for another patient. There would be no need for organ donor cards, nor would those making the decision have to be concerned with the family’s wishes or even what the donor himself might have preferred.

“Unfortunately,” the rabbi told The Jewish Press, “we have become slightly influenced by Western perceptions of a person being the ultimate owner of his body. This is not acceptable to Judaism and its ramifications are downright forbidden, in that it allows suicide, personal injury, and the like.”

In his article, Rabbi Arusi – no stranger to dealing with complex, modern-day halachic issues – quotes Rav Moshe Feinstein as having ruled categorically that one’s body is not his own. Rabbi Arusi notes that the late Rav Sha’ul Yisraeli, a high-ranking member of the chief rabbinate, disagreed, but he explains why he feels Rav Yisraeli’s position is unacceptable.

Rabbi Arusi knows he has little if any support at the moment for his idea of an independent bet din making such sensitive decisions. Even the editors of Techumin inserted a footnote in his article expressing opposition.

The main objection to the new proposal is based on law: Israel (like most other countries) does not allow the use of organs after a person’s death against his and his family’s wishes.

Rabbi Arusi said he is not bothered by those who object to his plan. “I have contacted the chief rabbis and asked them to convene a meeting of the Chief Rabbinate Council so that we can discuss the issue.”

Noted medical ethics expert Rabbi David M. Feldman of Teaneck, New Jersey, told The Jewish Press that Rabbi Arusi’s idea has merit but that the supremacy of pikuach nefesh, saving a life, loses some of its punch when the need is not immediate – which is often the case when organs are harvested from a brain-dead patient.

Rabbi Arusi said another advantage to his proposal is that it would alleviate what he characterized as a chillul Hashem, desecration of God’s name, that abounds in the world of organ donations.

“It is known that religious Jews donate fewer organs than others,” he said, “and fewer Israelis have signed donor cards than in other countries. This causes a chillul Hashem. If all organ donations go through the hospitals’ rabbinical courts, this situation will change…. Not to mention that the rabbis would make sure the entire process was done with the proper respect, so we would profit on several levels.”

Presently, many Israelis walk around with an Adi organ donor card, which states: “…I hereby instruct to have donated, after my death, any organ of my body that can help save someone’s life…contingent upon the approval of a religious official of my family’s choosing after my death.”

An alternative card, known as Bilvavi, has been issued for those who are concerned that doctors might be too quick to declare death. That card states: “The bearer of this card views organ donation as a supreme ethical charge and accepts upon himself the ruling [of the Chief Rabbinate of Israel] that death has occurred once it has been proven for certain that independent breathing has stopped totally and irreversibly…. The donation is contingent upon the approval of a representative of the rabbinic-medical organization Arevim.” 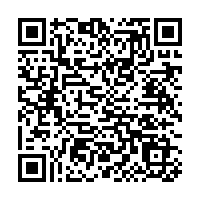