Those who took part last week in the 5772-2012 Siyum Daf Yomi at MetLife Stadium in East Rutherford, New Jersey, will forever remember it as corresponding to receiving the Torah at Mount Sinai.

MetLife has a seating capacity of 82,500, making it the 30th largest stadium in the world and the single largest in the greater metropolitan New York City area. More than 10,000 seats were added by filling the playing field with folding chairs, making for a total of almost 93,000 seats, all of which were sold.

Despite inclement weather, tens of thousands of Jews converged on East Rutherford. The New York City and New Jersey public transit systems were crowded with people traveling to MetLife. Roadways, highways, bridges and tunnels were teeming with vehicles of every description carrying observant Jews to the Siyum. Thousands flew in from cities near and far (from Mexico, California, Toronto, Montreal, Florida, etc.) to take part in the special event.

Awe is the only word that can describe one’s feelings in seeing the huge electronic SIYUM HASHAS New Jersey highway directional signs, indicating the enormity of the event. Traffic stops gave motorists and passengers an opportunity to look around and see so many others heading in the same direction with the same feeling of wonderment. Well before the scheduled opening, large crowds, impervious to the rain, had already gathered to wait for the earliest possible access.

Many brought along their Gemaras. Some had two Gemaras – the final tractate of Shas and the first – to finish and to re-begin. Thousands brought binoculars in order to have a close-up view of the great Torah leaders on hand.

When the doors to the Siyum opened Wednesday afternoon, Av 13 (August 1), everyone underwent a thorough security screening. Once inside, people rushed to acquire HaSiyum, the oversized booklet that was distributed, as well as HaSiyum Jr. for younger participants.

Fully armed with the coffee table-sized HaSiyum journal, the assembled proceeded to their designated seats. Every seat, even the most inexpensive, offered full views by means of multiple huge digital overhead screens. Of course, the more expensive seats were situated closer to the dais and to the venerated rabbis, rosh yeshivas, and chassidishe rebbes. The HaSiyum journal included the final and first pages of the Talmud and the entire closing Hadran formula, (all courtesy of the Mesorah Heritage Foundation of ArtScroll Publications). It also contained Minchah, Maariv, and chapters of Tehillim that were recited.

Right before 7 p.m., the official starting time, an announcement was made advising that due to the weather, traffic, and transit conditions, tens of thousands had not yet arrived and that Minchah was being postponed until 7:15. But right before 7:15 the same announcement was made, this time deferring Minchahto 7:30. As people filed into their seats, open umbrellas were closed and towels were used to mop up soggy seats. Miraculously, the rains greatly diminished at 7:30 and the weather for the rest of the evening was quite pleasant.

Once settled in, the huge crowd davened Minchah, led by Rabbi Yaakov Levovitz. The tefillah was awe-inspiring, leaving everyone wondering how many – if any – times in recent history so many people had prayed together in one group. 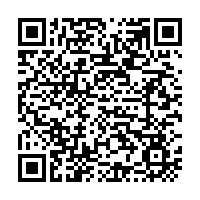