Negotiations have been held in recent weeks between former Prime Minister Netanyahu and the State Attorney’s Office over a plea deal, according to a Wednesday morning report by Maariv columnist Ben Caspit citing individuals close to the talks (בסודיות מוחלטת: נתניהו והפרקליטות קיימו מגעים על עסקת טיעון). The contacts lasted a long time and took place in complete secrecy, with few participants, according to Caspit, who adds that the potential deal exploded eventually over Netanyahu’s uncompromising demand that his punishment not be classified as “kalon” (disgrace), and, naturally, no prison sentence either.

Disgrace is a legal term that accompanies some of the convictions for criminal offenses and describes a moral defect on the part of the offender. In Israeli law, various restrictions are placed on an offender who committed a disgraceful offense.


Late Supreme Court Justice Haim Cohen defined Kalon, saying: “The disgrace mentioned here is a moral defect that indicates the convicted is not worthy to mingle in normative society, and in any case does not deserve to bear public responsibility for decisions and actions on which matters of public policy and public peace depend.”

Israeli law generally demands a period of seven years before the Kalon status of a convict can be lifted – disqualifying them from holding public office for the duration. For Netanyahu, it would mean kissing goodbye his dream of becoming Israel’s next president.

Caspit suggests both sides had a good reason to hold the talks. Netanyahu estimated that Mandelblit was interested in ending his term (on February 1) with a clean slate and that he, Netanyahu, could take advantage of this narrow window of opportunity to close a quick deal under pressure.

Mandelblit, for his part, was willing to listen, but his condition to get involved in the negotiations, according to Caspit, was a full confession and punishment that would include a suspended sentence with a substantial fine and the disgrace element. When it became clear that Netanyahu was not willing to consider accepting the disgrace clause, the negotiations blew up.

Caspit points out that these were not the first negotiations for a plea deal between Netanyahu and the prosecution. Earlier, around the filing of the indictments against him, Netanyahu’s emissaries explored the possibility of negotiations, but his aim back then was to receive a presidential pardon, which the prosecution would not hear of.

The prosecution responded to Caspit’s inquiry saying it was their policy not to comment on negotiations with defense attorneys, whether those did or didn’t take place.

Caspit was Maariv’s correspondent in New York for four years in the early 1990s. 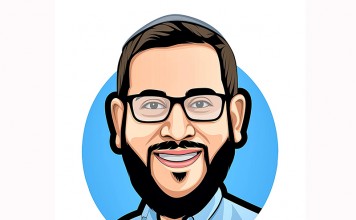 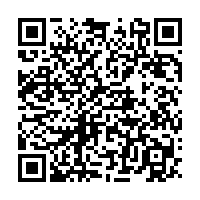