“It was about 8 p.m. on a warm summer night on Monday, August 19, and like many other Crown Heights mothers, Black, Jewish and Caribbean, I was putting my kids to sleep,” recounts Arna Lipkind, and “all of a sudden, there was a very loud crash which seemed to be located, not more than 100 feet from my home! I had a gut feeling that something dreadful had occurred.”


“I ran over to my front room and opened the window to witness a devastating car accident, the result of which was very unfortunately the death of a young Black child, Gavin Cato, may he rest in peace,” she continued.

“As the night wore on, crowds gathered, ambulances came and went and the mushrooming crowd, with many people coming back from an outdoor concert, moved on down the street to vent their anger over the accident, which ultimately culminated in the murder of a young Jewish college student from Australia, Yankel Rosenbaum, of blessed memory. He was walking home and had no idea what was going on eight blocks away. Tensions rose and our neighborhood became the center of what was known as ground zero of the Crown Heights riots,” said Lipkind.

“These tragedies had a tremendous impact on our lives in the community and globally,” added Richard Green, also a long-time resident of Crown Heights and the founder and executive director of the Crown Heights Youth Collective.

The Black and Jewish communities had a wonderful relationship before 1991, Lipkind observed. Could the community’s wounds heal? Or would it spill over to hate, racism, and anti-Semitism?

Immediately after the riots an alliance was formed. Dr. David Lazerson, better known as Dr. Laz, a special-ed teacher, was introduced to Richard Green, and together with Paul Chandler, currently with the Brownsville Multi-Services Center; Hudi Simon and and TJ Moses, then young teens. They formed Project CURE, which evolved to become One Crown Heights (OCH).

When then Mayor Dinkins came to visit the late Lubavitcher Rebbe after the riots, the Rebbe said: “We are on one side, one people.”

“When Dr. Lazerson later moved to Florida, I kept the Project CURE concept going up here but we renamed, what became a broader coalition, entitled: Project CARE,” said Lipkind. “At that time, we would meet once or twice a year until the 25th Anniversary of 1991. OCH is currently comprised of at least 40 members from the community, organizations, and elected officials that support our mission promoting the idea that communication, understanding, respect, and education can overcome discord and encourage mutual understanding, respect, and unity, bringing the Rebbe’s words to fruition: “One side, one people.”

“It was chaos, but we saw it mainly as an opportunity to fight for peace and foster understanding,” said Dr. Laz.

“This was an opportunity for me to teach the youth I had been working with for many years to learn about their neighbors who for most part were like two ships passing in the night,” said Green.

OCH brings Black and Jewish youths together to build bridges between the two communities. With Paul Chandler and several youth leaders who comprise the Dr Laz and the CURE band, these individuals have been sharing their message of “increase the peace” (ITP), through musical concerts, sports, weekend retreats, and Zoom forums throughout the country. For close to three decades, they have had meaningful dialogue in safe spaces, despite the polarization that has taken place over the last several years.

This Sunday, August 15, in Brower Park, located near the Brooklyn Children’s Museum, One Crown Heights will be celebrating its Fifth Annual One Crown Heights Neighborhood Festival where the community gets to participate and learn about each other’s culture and participate in shared recreation, cultural projects, entertainment from all segments of the community, and children’s activities. The Festival will take place from one to four p.m., led by a special team of trained facilitators and organizers.

“There have been incidents of anti-Semitism and racism in Crown Heights, but I’ve also seen, on a smaller scale, everyday kindnesses creating meaningful and safe spaces for neighbors to ask sincere questions of each other, open themselves to set aside dangerous assumptions and misperceptions about each other, and develop friendships. The One Crown Heights Neighborhood Festival will allow this to happen on a larger scale. I’m particularly looking forward to our special Community Conversations segment of the Festival,” said Maayan Zik, a representative from Ker a Velt, a local organization co-organizing the Neighborhood Festival with One Crown Heights. “Beyond the work and activities of One Crown Heights, we saw that it was important for each community to celebrate and promote each other under the umbrella of unity in the community and most importantly to have fun together as one,” she said.

“We’ve learned over the years that we have far more that unites us than divides us,” said Dr. Laz.

“We must focus on the positive and highlight the strides that we have made. There will always be challenges, but we continue to move forward towards our goal of Unity among all,” said Lipkind added.

“As we reflect thirty years later,” Green said, “as Ralph Waldo Emerson noted, ‘What lies behind us and what lies before us are tiny matters compared to what lies within us…’ Let us open ourselves to ‘New Horizons.’”

For more information or to help sponsor the event, email onecrownheights@gmail.com. 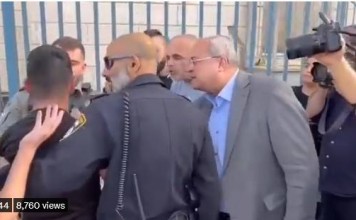 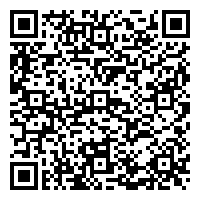