A few weeks ago, I bumped into some journalists in the Avraham Avinu neighborhood. Seeing me, they asked about various problems, including threatened expulsion from several buildings here in Hebron.

“True, there are problems. There always have been problems and almost always will be – but what of it? That’s the way life is. True, it could be easier; but taking into consideration where we were 60 years ago and 40 years ago, as well as the kinds of politicians running the country and the pressures from so many different sources, the very fact that we are in Hebron at all is, in my eyes, nothing less than a Divine miracle. And for that, we are truly happy.”

One of the seeming issues we have today is the right to purchase property in Hebron, and the legitimacy of construction on Jewish-owned land.

For example a couple of weeks ago, on a Friday morning, we had a special visitor in Hebron. Yosef Ezra was born in Hebron in the early 1930’s. However, as he related to us, his family history in Hebron goes back over 400 years. Following the expulsion from Spain in 1492, Jews scattered all over the world. Yossi Ezra’s family made their way from Spain to Eretz Yisrael, and settled here in Hebron. They lived here continuously until the expulsion immediately after the 1929 riots and massacre, but returned with a small group of families in 1931.

Yosef Ezra carefully examining an ancient Sefer Torah in the Avraham Avinu Shul. Written in the 1100’s, it was brought to Hebron by his ancestors.

Most of those families were again expelled in the spring of 1936. However, one family remained in Hebron: The Ezra family. Yossi’s father, Ya’akov, processed dairy products and sold them to Arabs in the city. He refused to leave. He would work in Hebron during the week and return to his family in Jerusalem for Shabbat. Many times his children would come with him, running around in the streets and alleys of Hebron and playing with Arab kids.

Until November 29, 1947, that is. The United Nations approved the partition plan, dividing Eretz Yisrael between the Jews and Arabs. The Jewish leadership in Israel accepted the plan. The Arabs rejected it and declared war. Ya’akov Ezra’s friends told him, “When you go to Jerusalem for Shabbat, don’t come back any more.” Only then was the Ezra family, 450 years in Hebron, exiled from the home. That lasted for 19 years.

Following the 1967 Six-Day War, the Ezras wanted to return to Hebron and their age-old property. But all requests fell on deaf ears. Moshe Dayan and others weren’t interested in Jews returning to Hebron and refused to speak to them. But today, things have changed.

Yossi Ezra comes into the Avraham Avinu neighborhood like a long lost child coming home. Looking around behind the destroyed Jewish homes in the old “Arab shuk,” he declares, “All this was an olive grove that my father worked. Twelve dunam (1,000 square meters – 10,700 feet) of land – all of it here belonged to my father. Here, you see this mosque? My father built it on his land for the Arabs who worked here, so they’d have a place to pray. All the buildings here are on my family’s property.”

Fossil Ezra has been instrumental in assisting Hebron over the past few months. A few years ago the community built a small apartment called Beit Ezra, underneath Beit Nachum v’Yehuda, in an abandoned Arab shop – itself built on Ezra’s property. A military appeals panel recently ruled that the Arabs have no claim to that land. When the three judges visited the site, Ezra pulled a piece of paper from his pocket. “My father paid the water bill here. This is the receipt, from 1932.”

A few meters away, inside the Avraham Avinu shul, Yossi Ezra carefully examines an ancient Sefer Torah, explaining that it was written in the 1100’s and brought to Hebron by his ancestors.

Yossi Ezra is an authentic example of Hebron’s fascinating history, blending the past, the present and the future.

However, the following should be clear: I mentioned earlier about “the seeming issues” plaguing Hebron, as illustrated by the struggle to continuing living in “Beit Ezra.” But the roots of the issues are much deeper and, in truth, have nothing to do with building or purchasing today.

Not too long ago, a group of government representatives visited Hebron. While standing outside Ma’arat HaMachpela discussing various ways to improve conditions at the holy site, one of the young “legal experts” piped up, “But there’s a problem here because Ma’arat HaMachpela is registered as belonging to the Waqf, the Muslim religious trust.” One of the Hebron men scratched his head, looked at the lawyer, and reacted. “Gee, I remember reading somewhere that it was registered with someone who preceded Muhammad. Avraham, I think his name was.”

This is the real issue! When Jews in the State of Israel of 2008 can conjure up such a statement as, “Ma’arat HaMachpela belongs to the Arabs” (while keeping in mind that they wouldn’t allow Jews access to this site for 700 years), it’s clear that something in our national and religious psyche is tainted.

On the other hand there is a cure, a medicine to alleviate all such ills. On the same day that Yossi Ezra visited Hebron, I came upon a large group outside in the Machpela garden. A group of first-graders from Efrat had come to celebrate the conclusion of studying Chumash Bereishit – the Book of Genesis. The festivity included a wonderful play, depicting Abraham’s purchase of the Caves of Machpela almost 4,000 years ago.

This is the recipe to heal such a disease that threatens to destroy our roots: children outside Ma’arat HaMachpela, acting out the purchase of this sacred site. In reality, it’s not only a play. It’s reality! Every day, Jews who visit, pray and identify with this hallowed place are recreating and reinforcing – with their very presence – Jewish ownership of our land. This is our strength, our legacy, and our future.

Yossi Ezra represents where we came from. These children represent where we are going. 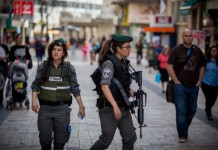 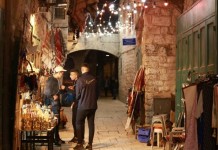 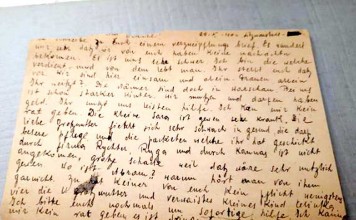 The Sad Ending For The Lodz Ghetto 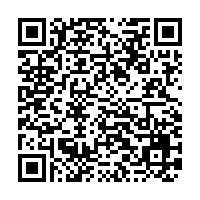