Back in June of 2007, I wrote a letter which you printed, in which I described a “Visit to Hell” – which both my wife and I had the unfortunate luck of experiencing. The letter depicted a wonderful shelter for abused Chareidi women called Miklat. I expounded a bit on the horror we heard about, the deep scars we witnessed and the wonderful rejuvenation and freedom that these beaten and battered young women are experiencing. Unfortunately, there are so many more abused women who need help.


So why am I writing again? Because the evil continues and is perpetuated by so-called leaders and mechanchim who refuse to bend a finger to help. They are either selfish, vicious or both. Perhaps you have a better understanding and reasoning to the sickness known as “I-don’t-give-a-darn.”

I know that if I were to specify here the names of individuals, both you and I will be ostracized for spreading “lashon ha’ra.” The focal point of what the letter wants to convey would be immediately subverted and the pious do-gooders will instantaneously forget the victim involved. After all, it is so much easier to point a finger and accuse others of malcontent and hearsay and spreading lashon ha’ra than to concentrate on the gist of the letter, namely, an Agunah who is caught in the two-pronged pincers of an abusive husband and the egotistic, heartless leaders who give him encouragement.

(By advertising the names, I believe a dent can be made in the false veneer of self-importance these individuals have wrapped around themselves. Perhaps, we ought to! Let them see that there are those who are just as determined to free the young woman as they are in keeping her chained. I think that seeing their names in a widely read paper like the JP will make some rethink their positions.)

What am I going on about?

There is another ugly episode (just one of thousands in Israel!) taking place in the streets of Yerushalayim! A young woman, beaten and abused for years, was finally able to escape to safety. In the safe house she is in, she is given warmth, comfort and safety from her husband. And, yet, at this point her troubles truly begin!

Rachel, her husband refuses to give her a Get – so what else is new? Every trick in the book has been employed by this bloodthirsty goon in order to avoid coming to Beis Din. When he eventually did show up, the Beis Din was its usual spineless conglomerate of male-apologists who see the woman as subservient. Instead of ordering the husband to give a Get – as every piece of evidence and testimony warranted – the dayanim “recommended” that the husband should “think of being so-kind as to give the Get!”

Deliberations in the case were postponed to a date not yet determined, the Agunah told that her husband “will be asked to go for a psychiatric analysis, and if he goes and if the psychiatrist opines that a Getis warranted, the husband will be urged to give the Get.” Are you with me, Rachel, on the discombobulated and ugly way our Batei Din conduct the business of Tzedek, Tzedek Tirdof??? This terrified and beaten woman must now rely on a killer’s good graces and choice of going to be examined!

Now, let us take a step back and bring in another very important person whose unwillingness to bend a finger is giving the husband all of the encouragement he needs to hold out until the Agunah turns white.

Many well-known rabbis are reluctant to use their influence to help free Agunot.Perhaps the father of the man is a contributor to the yeshiva or shul, or any number of other things, but the sad fact is that silence reigns and the chance to free an Agunah is lost, as is in this case. Every effort was made to contact a particular Rosh Yeshiva, to no avail. Letters were written to alumni, staff members of the kollel and fund-raising entities. One response (via e-mail) stated simply: “I don’t want to get involved so take my name off and don’t send me anything.” From the rest, Silence!

So the Rosh Yeshiva was approached; at one point the Agunah and her attorney met him on the street. With tears and cries, they asked that he help them in any way he can. Ein Kol V’ein Oneh. Letters sent to him were also never answered. And the Agunah sits and waits in hiding, as her legal counselors try everything they can.

So, what am I looking for from you?

Rachel, I had the good fortune and ecstatic feelings of accomplishment in having been instrumental in the release of two Agunot; one was shackled for five years, the other over seven years of captivity. G-d was good to me and my “input” released them within six months after getting involved.

But this is not intended to ring my chimes; rather, to release the seething emotions of disbelief, frustration and disgust I have for our so-called “leaders” who encourage and give comfort to wild animals otherwise mistaken as husbands. Where are those with the guts to do what is right, to shun and ostracize the evil they see and the heart to do whatever is necessary to release a Bas Yisroel from the clutches of the Devil?

How did the fake-and-frauds approach the Yom HaDin? These are people who are teachers, melamdim, and morei horoah? These are people we need to emulate, and to adhere to the lessons they convey?? These are the ugly individuals who are supposed to be our emissaries to Hashem? Whom are they kidding? Whom are we kidding?

Rachel, there are two ways a woman can become free. One is by receiving a Get. The other is by becoming a widow! At times I wonder which one the husbands prefer. And why don’t we, the caring public, give him a choice he cannot refuse? I wonder. 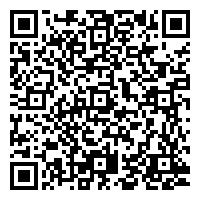