The Chotam (Seal) organization this week launched a campaign warning of the changes introduced by the Lapid-Bennett government which turn Israel the Jewish State into Israel the state of all its citizens. The campaign attached new names to street signs in Jerusalem, bearing the names of groups and individuals associated with the country’s path away from its Zionist values.


The Chotam organization works to bring Judaism back to the center of Israel’s public agenda. “We firmly believe that the values of Judaism are the foundation on which the State of Israel rests, and in the absence of these values, the identity of the state lacks the main thing,” the group declares.

“On its face, there are perceptual differences between representatives of the right and the extreme left who together make up the current government,” Chotam explained in a statement. “But in practice, we see that these elements have banded together, with the support of the Arab parties, to advance the dream of the extreme left – transforming the State of Israel from a Jewish state into a state of all its citizens.”

“It’s crucial that the general public study the subject, become familiar with the materials we publish, and decide for themselves whether this is the country they want to see here, a country that disengages from Judaism and Israeli nationalism in the fundamental sense of the word, or not.” 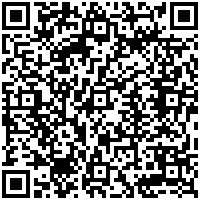