Home Magazine Archives Psycho-Nerological Testing: What to do With the Results
Share on Facebook
Tweet on Twitter
Last week I discussed a question that haunts many well spouses: not knowing if the difficult and often inappropriate behavior frequently displayed by their partners are caused by the disease and therefore not-controllable, or if the behavior is a choice the spouse makes and can therefore be changed.  This doubt can be the source of much frustration and many marital disagreements.  One way of alleviating this doubt is by having a psycho- neurological work up done.  But that path is not so simple.

If someone has never had this type of assessment done, they will probably have no baseline from which to measure the deterioration. For many people who have not been previously tested, clinicians will make assumptions using previous employment and data given by you and your spouse in order to assume a probable baseline. For example, if the patient was a doctor or a professor before the onset of the illness, the clinician might assume that in many of the areas his client would have scored in the superior or gifted range if the test had been given prior to the illness. This is not always the case. As one well spouse told me, “Just because my husband was a doctor they assumed he would have scored in the superior range in all areas. So they felt he had really deteriorated in social skills, because he now scored in the low average range. But he always had poor social skills, even before he became ill, so I knew the decline was not as shocking as they thought. On the other hand, scoring that low for problem solving, I knew that was a drastic change, even without former testing. But at least I know where he is now and that I can’t rely on him to help me deal with situations like I used to. I guess I can’t expect him to figure stuff out for himself either.”

Knowing where on the spectrum a person scores now can be even more helpful to the couple if the therapist is able to translate that into specifics. With these scores, what is the ill spouse capable of doing at the present time?  What can we realistically expect? Not all therapists can translate the test data into the practical solutions you are looking for. It’s best to use a therapist familiar with chronic illness and how it affects families and not just individuals. Tell the therapist exactly what you expect to gain from the test results. “With these scores can I expect my wife to. ”   Ask if through therapy a lost skill can be relearned and just how your partner would need to go about relearning it. What is your role, as the well spouse, in the process? How do you help? What do you avoid? Is the person even able to participate and grow from couple’s therapy or will it be a waste of time? It is better to know at the onset what the ill spouse in now capable of rather than raise your hopes only to have them dashed. A spouse whose processing skills have drastically deteriorated and whose memory is failing may not be able to alter their behavior no matter how much therapy they participate in or how eager they are to involve themselves and want to change.

Assuming that you have shared your goals with the therapist and you have been told that therapy is reasonable in your situation, it is vital to make sure your spouse is in agreement with you. Is s/he looking for strategies to help her cope better? Is he aware how his behavior is affecting those around him?  I have seen many cases where the ill spouse goes along with the testing and therapy in order to appease their spouse only to be passive aggressive and promise change but not deliver.  The frustration, pain and anger that results from this is worse for the well spouse than before they entered therapy. That is why counseling must not only be possible despite the illness, but both people must be invested and willing to go along with the process. 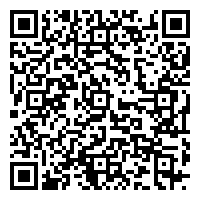