This year, just as my children were eagerly anticipating the Chanukah gifts they would be receiving, my wife was busy contemplating a beautiful vase she had just received from an acquaintance, whom we occasionally have over for dinner.

When I questioned her preoccupation with the gift, (she was turning it this way and that, as though expecting something to fall out of it), she said she was pretty sure it had been re-gifted (meaning the giver had received it from someone else and had decided for whatever reason to give it away). My wife says it should have had some sort of sticker at the bottom and that the box it was wrapped in did not fit properly.

I didn’t see a problem if it was re-gifted, but my wife seemed to take it as though someone had unloaded an unwanted item on her.

All of this recalled an incident that occurred when I was about twelve years old. We lived in Montreal, Quebec and had baruch Hashem a wonderful childhood — notwithstanding the anti-Semitism in the neighborhood, being children affected by the holocaust syndrome and at the mercy of somewhat broken-down, battle-weary rabbis trying to teach us the art of frumkeit. Yet, all in all it was a normal life.

Erev Pesach came around and my aunt and cousins would be coming over for the Sedorim. (My uncle had passed away at a very young age, leaving his wife and children to fend for themselves.) They would always bring us presents; nothing elaborate, just a gift, like some new toy. But the mere expectation was delightful.

We were taking our forced afternoon Erev Pesach nap (in order to be able to stay up for the Seder) when the bell rang. We knew the presents were here. But this time around they brought me a toy that I remember being disappointed in. I never even opened the packaging and placed it in a drawer in my room.

Weeks later a close friend had a birthday coming up and I thought, “Hey, why not re-gift? It’s still in the original packaging; he will love it.” Meanwhile my young mind was rationalizing: if he will love it, if it is a cool fun toy, then why was I disappointed enough to reject it?

There I was, holding the gift in my hand, questioning my great idea to give it away and wondering if maybe I should keep it for myself. I guess it was a two-fold lesson: one, that we should appreciate everything – especially gifts, and two, that giving to someone was a great feeling and the right thing to do.

I tried explaining this to my wife. To get a gift, I reasoned, to truly appreciate it and to thank the person giving it to you is first and foremost, but then to be so selfless as to be able to give to another, now that is a beautiful thing.

Sure, it may seem callous to give away a gift someone gave you, so each scenario should be examined on its own merit; after all, you don’t want to be offending anyone who might see it as a lack of appreciation. So how do we make one another appreciate the fact that it’s the actual giving and receiving that is the real gift, and that loving the vase or toy or car seat warmer is secondary?

Sometimes it is nobler to re-gift if you do so to make someone happy, especially if that person is having a rough life, G-d forbid, and is in need of some TLC. This then becomes the power of friendship and chesed and true appreciation of the act of giving, not the actual utilization of the gift.

I say rise to the occasion and re-gift. (My wife still has this look on her face that says I haven’t convinced her.)

Better to give than to receive

It is the giver’s pretense of having gone to the trouble and expense of buying something for the specific occasion that makes the recipient uneasy. When realization dawns that the present is a re-gifted one, the personal element falls away and the receiver is left feeling as your wife does — that she was used as a receptacle for the disposal of another’s undesired item.

Weren’t you, as a 12-year old, about to do the same when you instinctively reached for the gift you felt you had no use for, which had been left to languish in a drawer? It was only when you anticipated your friend’s excitement at receiving it that you had second thoughts about its value.

Nonetheless, your argument is a convincing one. A gift should be considered as precisely that – a gift. It’s not an item asked for or earned, and the recipient should appreciate and acknowledge the giver’s generosity. After all is said and done, if someone were to give me something of theirs that they know I’ve admired and would love to own, I’d certainly be touched. 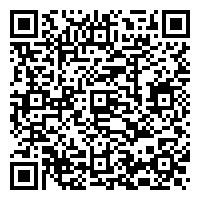