Success for every person is different because every individual is a world unto himself. The Gemara in Sanhedrin 37a tells us, “ Man was created alone in order to teach that destroying one life is tantamount to destroying an entire world, and sustaining one life is tantamount to sustaining an entire world.” When we recognize that each person is special, unique and a world unto himself, then we have helped “create” his world.  An empowering teacher and parent makes each child feel like he is “the best,” special and unique in his own way, even among many classmates or siblings.

Our schools and families have become dens of competition, whereby we use “cookie cutter” techniques in an attempt to generate success, instead of nurturing the child based on what makes him unique and special. Every child must feel that his parent loves him the most and every student must feel that as well. We honor the child who is smart and gets good grades. Oftentimes, however, the children with poor grades deserve equal or more praise. The child who is naturally bright and gets straight A’s feels good about school and learning because he is good at it; he receives the accolades and is honored as valedictorian. How about the child who is not academically gifted and would naturally get a 40% on his test, yet he exerts himself and earns a 60%… gets tutored and puts forth supernatural effort and gets an 80%? Does he not deserve an award and our praise for his accomplishments? If he stretched himself and expended his greatest effort to earn that 80, shouldn’t he earn that same recognition? I believe that in the eyes of Hashem, he too is valedictorian; shouldn’t we feel the same?

During a recent visit to a school, I noticed the bulletin boards in the hallway proudly displaying row after row of tests with marks of 100%. What message does that give to the child who tried his hardest and earned an 80%?  Maybe he deserves at least the same or more praise as the bright child who achieved 100% with minimal effort? When a teacher returns the marked tests, congratulating the children who earned high grades, while allowing the students to see the low grades of others as the tests are passed to the students, he has “created” the world of the high achievers while destroying the world of those who did not numerically succeed.

We learn this important lesson from Nachshon ben Aminadav. He is eternally respected for jumping into the Sea, resulting in its splitting. According to the Midrash, the Red Sea was predestined to split from the time of its creation. Even though it was destined to split on its own, Nachshon, unaware of the destiny of the Red Sea, gets credit for splitting it. Let us ask ourselves—had 12 people demonstrated bravery by jumping into the sea, would they have also received the same level of acclaim? The answer is yes, a lesson that is also taught by Nachson. When Nachshon and every other Nasi brought korbanos, the Torah lists each and every one of korbanos, even though they were all essentially the same. The Torah is conveying the lesson that each person can achieve personal greatness, even if many individuals are doing the same good deed. Each person brings his own intentions, thoughts, and personal challenges to the situation, and the same act, regardless of how many times it has been achieved by others, is a meaningful accomplishment for each person who does it. When a child comes home from school with a 95%, his success should be celebrated regardless of his class rank and how many other students achieved that score—because he is special! The Rambam teaches in Hilchos Teshuvah (5:2) that each of us can be as righteous as Moshe Rabbeinu, our greatest leader! Righteousness is developed by overcoming the challenges we encounter in life; in our own unique ways, we can achieve personal greatness.

An individual, with his infinite value, has the capability of sustaining the entire world by refining his character and actions. The ego concept of “Bishvili nivra ha’olam,” that “the world was created for me,” is only half the truth. The world was also created for everyone else and we should try to make others feel that the world revolves around them as well. When I make a bracha on a piece of fruit, I could enhance the experience by thinking how special it was that Hashem made this beautiful fruit for me. Even better–if I cut the fruit in half and share it with you, allowing my special world and your unique world merge for one special moment. Eating an apple gives one enjoyment for a few minutes; sharing it with others creates an eternal chesed. Greatness isn’t “having” more; it means making other feel like more. Every child should feel that he is “the best,” with the security of knowing that it is okay if everyone else is also “the best.” I was once privileged to drive Rav Elya Svei zt”l home from a Torah U’Mesorah convention, planning to sleep in a motel after bringing him home. After dropping off his bags at 5:00 a.m. I headed back to my car. He asked me to wait, and the elderly Torah giant prepared a bed for me and insisted that I sleep over.  More than 20 years later, I still feel the warmth of the bed and the breakfast that he later prepared for me. Greatness is giving to others in a way that makes them feel special.

Black And Palestinian Issues Have Nothing In Common 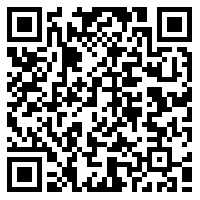