As I write this letter, it is chaotic in many homes where children are between camp and school, which has not yet started. Kids running in and out of the house are always looking to munch on something, and exasperated moms let them raid the nosh cabinet.


But it doesn’t start here. This past summer I discovered that sending children to sleep away camp means having to send them a package from home at least once a week. It takes little imagination to guess what those packages are filled with: candy, cookies, chips and chocolate, and more candy. Bags and bags of them. A dentist’s dream; they will earn enough to put all their children through college for sure.

When my kids were younger and went away to camp, I too let them know I was thinking of them; I sent them a goody box twice – if they were there for the entire season. The problem begins with the children who arrive in camp loaded with enough nosh to open a canteen of their own. This creates envy on the part of the “unluckier” kids whose luggage contains only the required clothing and bed linen items, and a case of bottled water.

Why do camps allow this ridiculous abuse to run rampant? Yes, I said abuse. It’s abuse of our children’s physical and mental capacities, abuse of our wallets and abuse of the camp’s food allotments. (The leftovers from meals served to campers whose systems are overloaded on garbage can feed a small army.)

To begin with, camps should limit the amount of candy each child brings or hoards, and they should furthermore place limits on the contents of packages received by campers. Parents of moderate means have a hard enough time meeting the expenses involved in sending their kids to camp without having to go to this ridiculous added expense. And what about the frustration of parents who go all out promoting proper nutrition in the home, only to have their efforts dashed in the span of a summer season in camp?

I was always under the impression that the whole idea of sending kids off for the summer is to give them the advantage of fresh air, sunshine and exercise — after being cooped up for long winter months. Seems to me that all of this permissive unhealthy gorging somehow defeats the purpose we had in mind to begin with.

In this day and age no one can claim ignorance of the value of nutrition or feign oblivion of the benefits of wholesome foods to young, developing minds and bodies. If I may, I’d like to suggest readers check out the excellent Health & Living insert of the August 31st issue of The Jewish Press (if they haven’t yet done so). It has some great articles and one of them discusses the effects of sugary cereals that are a big part of many children’s food fare. The author of the piece speaks about these kids’ behavioral issues in school and of how they’re easily frustrated, mistake-prone and devoid of energy as their day progresses.

I would also like to address the shul Candyman whose sweet nature has young admirers flocking to him in droves: Would it be so terrible to hand out healthier treats to our children? How about substituting honey-wheat pretzels, kettle-baked chips, almonds, raisins and other dried fruit for the empty calorie kind of sweets? Even if the kids fill up on them and skip dinner, they’ll at least have had some nutrients in their system.

Ouch! You laid the goo on thick. Sometimes facing the truth is almost as uncomfortable as sitting in the dentist’s chair. By pointing out the folly of feeding our kids junk, you may have touched on some other sticky issues.

Can parents (of kids who are in camp) be spoiling them out of guilt for their glee in having them out of their hair? Maybe those packages are meant to keep them happy so that they G-d forbid don’t entertain any notions of coming home early. Or perhaps this is just some parents’ way of saying “we miss you tons.”

If I recall correctly from years back, at least one girls’ camp confiscated incoming packages and kept the stuff in the camp office, allowing the camper just a minimal of its content. I believe the camp had instituted a “no food packages allowed” rule at the start and made sure to enforce it. Many campers were no doubt disappointed, but the headaches associated with these packages – such as peer envy, tummy aches, no appetite for dinner, bugs in the dorms, increased tooth decay – were avoided. 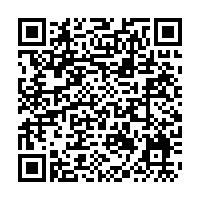