I sit here mulling over the results of my latest PET Scan (Positron Emission Tomography), a nuclear medicine imaging technique which produces a three-dimensional image or picture (in color) of my innards and of the latest actions of the “bad buggars” that have invaded me (as I live through quite a serious case of cancer).

The interesting thing I am noticing in my mind/body reactions is that I am pretty calm and thinking of both the GPS and Sukkot.


The GPS (Global Positioning System) was developed in 1973 and is a satellite-based navigation system made up of a network of 24 satellites placed into orbit by the U.S. Department of Defense. GPS was originally intended for military applications, but in the 1980s, the government made the system available for civilian use. GPS works in any weather conditions, anywhere in the world, 24 hours a day. There are no subscription fees or setup charges, GPS but you do need some kind of gizmo to get it to work. Its commercial iteration is available for purchase for your car or even to walk around with and can help you find an address when you are lost.

Basically it takes your position and searches for the address you load into it and gives you visual or oral guided directions on how to get there.

I can’t seem to find the author (it may be ChaCha) of these lyrics to the GPS song on Google but I am quoting them:

“I’m driving down a road that I don’t know. I need some help along the way. I can’t see the street signs. Which way do I turn? Then I hear a familiar voice say: ‘Recalculating.’ Where am I and how do I find my way out? Make a U Turn – at the very next intersection.”

While these lyrics are bouncing around my head, I am thinking of Bnai Yisrael not long out of Egypt walking with the help of Clouds of Honor (Ananai HaKavod) directing them and protecting them. It is only generations later when they arrive in Israel (according to the Rambam, Maimonides) that they are told that now that they are home, they have to leave their houses and move into a temporary booth, sukkah, for the week of Tabernacles.

My mind wanders and wonders what Hashem was trying to teach us and alights on kind of weird idea. There is an important lesson here: to keep our internal GPS in tune with our surroundings. There is no better way to appreciate and re-think about where we are and where we are going, if not by stepping back from a place of comfort, in this case our home, and move out to a temporary dwelling.

I am frequently asked how I’ve managed to keep a somewhat even keel during this turbulent period of my life; I say the GPS helps me. This is usually received with a somewhat odd look. I will explain with a personal story.

When the GPS in cars first came out my husband and I had just rented a car at LAX (Los Angeles) and as an introduction Hertz provided one such gizmo free of charge. I sat in the parking lot reading the instructions as my husband loaded our luggage into the car. When he got in I asked him if he wanted a woman’s voice giving directions or a man’s voice.

This turned into a psychological discussion about dealing with authority figures in an area where one feels super qualified. He finally decided, with a twinkle in his eye, that a woman was appropriate as he was used to taking “orders” from a woman. “Oh”, I said with a twinkle in my eye, “for example your mother.” In any case the gender of the voice was easily changeable if he thought differently about it as we drove to our destination.

I should add that we had lived in Los Angeles for over three years and been back many times a year since we left, so we knew short-cuts.

We began with the not-unpleasant female voice saying “take a right” and so forth. There was an area which we were familiar with and did not listen to her as we knew a short-cut. She – the voice on the GPS – began to get somewhat hysterical, telling us to “make a right NOW!!” We didn’t and there was a moment of silence and then she. said: “Re-calculating,” and began to give directions from our new location. 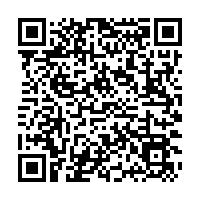