I have been trapped in a miserable marriage for the past fifty-six years, one that I have been able to hide from my children and from the outside world because I was taught to suffer in silence by my mother.  My children did not have it easy because my husband is a hard person to live with, but they thought all fathers are this way. His abusive behavior towards me was saved for when they were not around, thank G-d, so when they married, Baruch Hashem, they did not inflict this dysfunction onto their spouses.  However, two of my married sons are showing signs of irrational behavior with their own children and my daughters-in-law have turned to me for help.  Realistically, I know that all my children need counseling to resolve their own issues with their father, as do I, but this is not the sole purpose for this letter. What I wish to understand is why it was so hard for women in bad and abusive marriages years ago to receive a get. Today it seems divorce is treated with such ease and acceptance by the community.


Long ago, in the early years of my marriage, there was no one to reach out to, no rav, Beis Din, or community organizations that would help a woman with children in a destructive and abusive marriage.  What was encouraged was the absolute suffering in silence.  Our Heavenly Father provided for us the dinei gitten to protect and free us from abusive and vindictive husbands that wish to kill us emotionally, physically and mentally and keep us imprisoned in these dead and deadly marriages! Yet His emissaries, the Roshei Beis Din, aided and abetted the abusers and propagated this miscarriage of justice.

It is too late for me. I will die in this marriage that has killed me emotionally and physically, but not mentally.  I live for my children and grandchildren and try to protect the young ones from the carry-over of damage.  Perhaps you would be so kind as to enlighten me as to what was and what is and why it’s still there.

Sadly, you are still in the company of a great many women such as yourself, who suffer in silence because they fear for their safety and that of their children. The men they live with have cultivated a persona of respect and honesty in the community, giving large donations to their shuls, yeshivas and organizations.  The abused wife and children come to realize, too late, that no one would believe that this wonderful, charismatic, friendly gentleman would harm a fly, much less his wife and children.  And right behind him stand the rabbanim who benefit from his largess!  What chance does a woman have?

Years ago, when you, as a young woman with one or two little ones, understood the horror of your life, there was no hope. The credo of “suffering in silence and shame” was handed down from mother to daughter and demobilized any woman from uttering a word against such a husband. And many women suffered untold horrors, even death, without help from any sector.

Then, about thirty-five years ago, something amazing happened.  I was doing a field-work paper (my thesis, in fact) and it became apparent to me how easy we have made it for men to be abusive.  If there was no opposition to this horror, than there is no need to address it!  Being that I had some protectzia with The Jewish Press, I broached the idea of printing some of the stories I had heard. I was given a trial period of three weeks to see what the school of public opinion would say and “The Agunah Chronicles” was born.  The first week went by with not one response or opinion received, as did the second. I was sure that the wall of silence and denial that shrouded this issue had infiltrated even the world of print.  But the third week came and with it two huge mailbags of letters from women and adult children who had suffered and were still suffering at the hands of evil.  Needless to say, the tides were turning, people were listening and women found a voice.  What also emerged was that some men were suffering the same at the hands of abusive wives and they, too, expressed their gratitude at being included in this wave of recognition.  The wall of silent suffering was now fractured and weakened and what finally toppled it were the wonderful people who came forward and organized to offer safety and help to those who were finding the courage to reach out for help.

But the battle is far from over.  Although it has become somewhat more accessible for women to approach a Beis Din for a get, they are still faced with many obstacles, both financial, social and emotional that make it nearly impossible for them to come away with any shred of self respect or decency. Women may have found their voice, but for an overwhelming majority, the experience is a lesson in ruination if they have no guidance and supportive insulation to help them through the process of obtaining their freedom.  But every year that passes brings another success story, another judicial triumph and more organizations and wonderful people to help move us forward faster and with more success.  There are even some notable rabbonim who have aligned themselves with the cause, because they have seen the decimation and the destruction with their own eyes.

As with an epidemic virus, just as soon as we’ve found a drug to control it, along comes a new strain of the disease.  Now that the doors of fear and misery have been thrown open, it has become reasonable to ask for divorce for reasons of abuse, when no abuse has taken place. I have encountered a number of young couples who come to me with one foot already in divorce court simply because they had arguments over silliness, such as the wife complaining that her new husband doesn’t love her because he didn’t compliment her on a new dress, or that the husband feels unwanted because his wife, who just had a baby, doesn’t pay as much attention to him as before!  Many marriages terminated today could have and should have been saved, had the couple gone for counseling and worked to fix the little problems before they mushroomed into big ones.  But that’s a bird of a different feather and another column.

So, there it is in a nutshell, my friend.  As to your situation, I totally agree that therapy is in order for both you and your children and, perhaps some of the grandchildren who are experiencing, by default, the same abuse that your two sons suffered and seem to be initiating with their children.  As for you, it’s never too late to pursue peace of mind, body and soul, however much time we have left on this earth. It is our responsibility to live life to the fullest, as it is the gift that Hakodosh Boruch Hu gives to every one of us.  You no longer have to suffer at the hands of your abuser, so, after one hundred and twenty years, what excuse will you give the Ribbono Shel Olam as to why you continued to waste His precious gift? 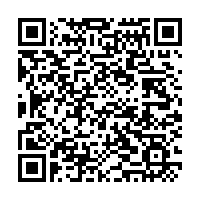