I find myself in a very depressing situation, one I can’t seem to find a way out of and it is coloring every moment of my life.  I am not a newly-wed and by no means new to the trials and day-to-day issues that stress a marriage.  I had always viewed my marriage as one that would last a lifetime and withstand any challenge, however, I am not so sure about that any longer.  In fact, I am, at this writing entertaining divorce; staying has become way too painful and I hate what it is doing to the children.


We were always a wonderful couple, my husband and I; our marriage was the envy of our friends and family.  We were happy and content and the happiness grew with the arrival of each of our nine children, k”ah.  I was always the one to whom my friends would turn when they were experiencing dips and lulls in their own marriages, just as the men would turn to my husband on how to approach their wives when things were rocky at home.  And so, life went on until we were readying to make plans for our first-born triplets bar mitzvahs.  My in-laws, who have always been rather meddlesome and pushy, feeling they had a right to this because my husband worked for his father, insisted on a huge Shabbos kiddush, a lavish lunch after in the shul for all family and friends and then, as if this wasn’t enough, a Sunday evening gala, complete with band, flowers and entertainment.  This was not what we had in mind.  But my husband, being the son that he is, allowed himself to be worn down by their badgering. This caused arguments between us and it only got worse as we finalized the events.  It broke my heart that he wouldn’t stand with me on what we both, originally had decided to do for our three boys. We ended up with garish, tacky and tasteless three days of waste and gluttony. And a divide that only grew with time.

When our daughter’s bas mitzvah came up a little over a year and a half after the bar mitzvahs, I was so glad that her school forbade evening affairs and thought there would be no heartache over this event.  I was wrong.  My father-in-law presented the menahel of her school with a large donation in exchange for the school’s allowing my daughter to have a mini-wedding for her bat mitzvah.  And again, my husband shot down any opposition I had and took their side.

At this point, there was no turning back to what had once been a happy and cohesive union between us, as there was nothing that remained from it.  My marriage was dead and we were just going through the motions of being a couple.

We no longer discussed anything other than what was absolutely necessary.  My husband left early in the morning and returned from work late at night, after eating somewhere else and going to his shiur.  I filled my days with whatever the children needed, the house demanded and anything that would keep my mind and hands busy so my heart wouldn’t hurt so much.  I came to the realization that I was non-existent to my husband and that his life was complete, my place in it having been filled by his parents and siblings along with our children.  I try to understand where and when this began to happen.  Did it start with the bar mitzvahs?  Or was something amiss well before these events and only came to light because of them?

Mrs. Bluth, I don’t think I can take much more of this mental torture and deadly silence at the Shabbos table.  I know my children love their father and he is a good and loving parent to them, so, to leave and end the marriage at this stage in their young lives would be terribly cruel.  But I don’t think I can go on any longer, living alone in a dead marriage just to keep up appearances.

Please give me some idea of what can be done?

How sad that a marriage that began so beautifully, with so much love and happiness, has turned into a ghost story, in which two once loving spouses cease to see each other.

You are probably right in your thinking that the problems began before the triple bar mitzvah; in my mind this was just the straw that broke the camel’s back.  Your intrusive in-laws, whom you say you and your husband were able to deal with during your years of contentment prior to the simcha, have actually been an issue from the outset of your union.

If I understand correctly, your husband feels, or has been made to feel, that because his father gives him his paycheck, it also offers his father the added privilege of decision-making and opinion-rendering, so much so that it overrides the wishes of his son and daughter-in-law.  Therein lies the death knell to many young and promising marriages.  But this is only one third of the problem that I get here.

What I have trouble understanding is why your husband had no backbone, or ability to stand up for the decisions that you and he had made together regarding your simcha.  Did you ask your in-laws for monetary assistance to cover the expenses of the bar mitzvahs?  Did your in-laws offer to help out with the cost?

Did you, yourself, confront them when this became a troublesome issue between you and your husband and explain to them that this is causing both of you much angst?  This would have been the way to go back then and perhaps it would have yielded a different outcome.

But that was light years ago and this is now, so let’s see what can be done to remedy and perhaps, recapture your once idyllic home life.

When two people are in a haze of pain that they think the other is responsible for, stagnation sets in and keeps the brain from making the proper choices.  I am also led to believe that you both have off in your private corners, lamenting what has befallen you and not taken any concrete action, such as seeing a counselor or therapist who would guide you in communicating with each other.  My feeling has always been that two people who loved each other enough to marry will recoup that love no matter what interrupted it, if they are willing to work and find it.  Nothing worth having comes easy, and rediscovering what you loved and lost will make it all the more precious.  So, be the bigger one, break the silence and ask your husband to go with you for counseling.  I am hopeful you will find your way back to each other.

To all in-laws out there, please take note:  Our place in the marriages of our children is to “just be there,” close by, as needed or invited.  Our opinions, although valuable and priceless in our minds, should be made available only upon request.  Our visits as well should be upon invitation or preceded by a phone call, and never, ever a pop in on a whim.  Some marriages, especially new and fragile ones, need to maturate with just the two lead players feathering their nest, uninterrupted.

Until some little chicks appear and we’re then called upon to babysit. 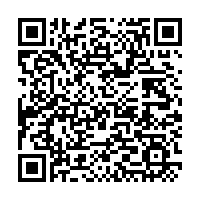