Mass murderer Omar Mateen, 29, who killed 50 people and wounded 53 people in the Pulse gay nightclub in Orlando, Fl., called 911 just before he started the shooting, to pledge his allegiance to the ISIS Caliph, Abu Bakr al-Baghdadi, NBC News reported. Mateen also reminded the 911 operator of the Tsarnaev brothers from the Boston Marathon bombing, according to CBS News.

California congressman Adam Schiff, the top Democrat on the House Select Committee on Intelligence, told CNN: “What I’ve heard from the Department of Homeland Security this morning is that, according to local police, he made a pledge of allegiance to ISIS.” Schiff also said the shooting was “highly indicative of an ISIL-inspired attack,” and that the shooter “was heard praying in a foreign language and I don’t know if this was at some point during the course of the shooting but that’s what I’m hearing, obviously second-hand, coming ultimately from local police.”


According to media reports citing the FBI, the gunman, the son of Afghan parents, opened fire on the dance floor of the Pulse night club early Sunday morning. At least 50 people were killed and 53 others were injured in the shooting. According to President Obama, who delivered a 10-minute message around 2 PM EDT, this was the deadliest mass shooting in US history. According to a surgeon at Orlando Regional Medical Center who spoke to the media, the death toll will likely be higher. The FBI is investigating the shooting as an act of terrorism, and the agency is looking into whether this was an act of domestic or international terror, and if the shooter was a lone wolf.

As of Sunday afternoon, ISIS has yet to claim credit for the attack, and the FBI suspects it was probably ISIS-inspired, like the San Bernardino shooting, and not ISIS-planned, like the attacks in Europe.

Channel 9 news in Orlando last April broadcast a video uncovered by a group called The United West, of Sheikh Farrokh Sekaleshfar, who in 2013 spoke at the Husseini Islamic Center in Sanford, FL, calling for the death of all homosexuals in the spirit of the tenets of the Shariah Islamiyya, or Islamic Law. He said, “Death is the sentence. We know there’s nothing to be embarrassed about this, death is the sentence… We have to have that compassion for people, with homosexuals, it’s the same, out of compassion, let’s get rid of them now.” 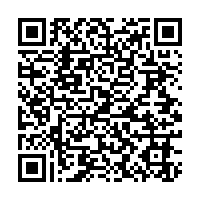