Please don’t think this is a crank letter or a hoax; my situation is real and I am terrified!  I am writing to you in the hopes you will recommend a workable solution to a horrific problem.


I am a middle aged family man with a wife and children, who attends a shiur on a regular basis, is well liked and respected in my community and has never done or said anything to cause anyone to think adversely of me.  I take care of my health, jog in the mornings before Shachris, coach the neighborhood boys baseball games on long Fridays and Sundays after yeshiva.

Sounds like I have a great life, right. So what’s the problem? Recently, a new family moved onto our block, a young couple with young children and, as we have always done, my wife and I went over with a basket of food for Shabbos to welcome them to the neighborhood. They seemed nice and friendly and we all looked forward to their smooth integration into our community. On many mornings, I noticed the wife standing on her front porch in a robe, coffee cup in hand, as I ran by. She waved to me and thinking nothing of it, I waved back.

A week went by and one morning, as I took off on my run, I didn’t see her on her porch.  Again, I didn’t think anything of it until I sensed someone running up alongside me. It was Mrs. L, in a tight tank top and micro-shorts that drew stares and wolf whistles from the construction crews working in our neighborhood.  To be honest, I was probably guilty of doing the same.  I felt extremely uncomfortable in her proximity, as we passed other men I knew who were headed out to work, but there wasn’t much I could do, except abort my run and head for home to shower and change before minyan.  She, too, slowed down to a trot, conversing with me as we made our way back home.  I was glad her house was first, as I didn’t want my wife to get the wrong idea; when she said, “Goodbye, same time tomorrow” a red light went on in my head, but I told myself I was probably making too much out of nothing.

The next morning, sure enough, there she was, ready and waiting and wearing a jogging outfit that exposed more than it covered.  Now I knew I had to do something.   So when I stopped to take a drink, I told her that I didn’t mean to be unfriendly, but I didn’t think it was appropriate having her run alongside me. I thought she would understand. Instead, she looked me squarely in the eye and said she found me very attractive and, with her husband away most of the week on business, she thought we could “get to know each other better.”

I couldn’t believe what she was clearly inferring, but made it absolutely clear I was not interested. I hoped that would be the end of it; I even took to running different paths so she wouldn’t follow, but she waited for me to appear each morning, or if she missed me, she waited until I returned.  It felt like she was everywhere I went.

Last month, my wife went to Israel to visit with our children who live there. I drove her to the airport and when I came home, I found Mrs. L. waiting for me with dinner for two. She followed me into my home and began to set out the food. I was at a loss, but politely thanked her and tried to steer her to the door. When it was clear she wouldn’t leave, I went out on my front porch until she saw that I wouldn’t be joining her for dinner… or anything else.  As she left, she said I had made a bad mistake rebuffing her “friendship,” and that I would be really sorry.

Things seemed to quiet down and I was almost relieved at my newfound peace, until I bumped into a neighbor who seemed to be trying to avoid me.  Thinking he was having a bad day, or simply preoccupied, I let it go.  This scene repeated itself with other people I met until it became distinctly clear that people were avoiding me.  Erev Shabbos, I pinned a good friend of mine to the wall and made him tell me what was going on.  What he said froze my heart.

Mrs. L was spreading rumor that I was stalking her!  That I was possessed with her and she was terrified of me!  Everyone seems to believe her, even though they’ve known me for years and haven’t even asked for my side of the story.  And my wife was due to come home that Sunday.  I was paralyzed with fear, but decided to speak with this woman and try to reason with her.  I called her and asked why she was spreading lies about me, what did I do to her that caused her to want to decimate me so.  Her answer was that I shunned her advances and no one ever did that to her, so for this I was going to pay and then worst was yet to come!  I hung up feeling like a person anticipating death.  What with the talk on the street and my wife coming home, sure to hear it from someone, I am walking into walls.  Please help me!

What an unfortunate and horrifying situation!  My heart goes out to you, to say the least.  To repay kindness with evil is something I cannot understand and certainly will not accept, so here is what I think you need to do, post haste.

First, find out where this family lived before moving into your neighborhood.  I am almost one hundred percent sure this “Jezebel” has left many victims in her wake who refused to capitulate to her demands and suffered a similar fate as you.  I would wager they would be only too willing to stand up for you in your effort to clear your name and to see her finally get what she deserves.

In addition, you must sit down with your wife and tell her, from the beginning, what brought all this about and why you kept it from her.  I am sure that she will believe you and see that you meant to spare her from upset.  I am also certain that once your fickle neighbors, who were ready to throw you under the bus without even giving you a chance to speak out, see that your wife is at your side, they will have a change of heart.  But nothing will be the same; some residual damage will remain, perhaps as a lingering lesson to everyone.

Never keep an injustice to yourself for fear that the world will turn against you because you will only assist in incriminating yourself.  Speak Up!  Tell others to beware of what’s going on so that they won’t fall victim and you will be vindicated.  Silence is a killer that assists the abuser in tormenting and decimating his or her victim without retribution.  Never withhold damning information from your spouse and risk losing the most vital support system that can give you help and comfort in trying times.  Seeing spousal support in conjunction with hard evidence and sound proof will change the tide in your favor.  Hakadosh Boruch Hu will not abandon the righteous in favor of the evildoers so take heart.

To everyone who reads this column, please understand that all the ills that are present in the secular world can sadly be found in ours as well.  Be mindful that when we veer away from a Torah life, we are apt to fall prey to the pitfalls and traps. We live in dangerous times and need Hashem’s support more than ever. 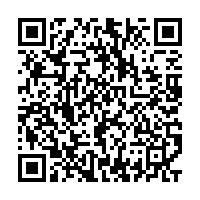