Last year, a female suicide bomber tried to enter downtown Jerusalem and blow herself up, but she was stopped at the Al-Zaim checkpoint just outside of Jerusalem. She then tried to blow herself up with the policeman who stopped her.

A major tragedy was avoided Sunday morning when a 45-year-old police officer stopped a female suicide bomber at the al-Zaim checkpoint near Ma’ale Adumim, about three miles from downtown Jerusalem.

According to police, the vehicle looked suspicious as it traveled slowly in the bus lane on Route 437 shortly after 7 am, so the traffic police officer signaled for the driver to stop.

She obeyed, but as the policeman began to approach the vehicle, the driver yelled “Allahu Akbar!” and detonated a bomb in her car.

According to Israel Radio, the bomber was trying to reach downtown Jerusalem. Instead, she was badly injured in the blast.

MDA teams who arrived treated the police officer at the scene and then evacuated him to Shaare Zedek Medical Center in Jerusalem with burns to his face and upper body.

The 32-year-old terrorist, Isra Gabas, who survived her attack, was sentenced to 11 years in prison on Monday. 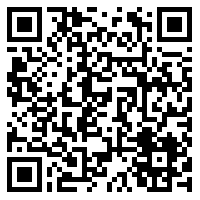