I am still in a state of shock and unable to think clearly.  For many months now, I suspected that my husband might be having an affair, but kept it to myself, not even mentioning it to my best friend as I was concerned she might accidentally tell someone.  Today, I am almost certain my suspicions are true. I saw his car parked outside the home of the woman with whom he is involved – and she may not be the only woman he has had an illicit relationship with.


Things have deteriorated between us over the last five or six years; we have not been intimate in two years.  We have been married for almost eighteen years and have four children. When we married, my husband was just entering medical school and I worked full time to support our family.  We were happy and hopeful that once he got into a medical practice, life would become easier and I could stop working and tend to the children and the home. That never happened because of his student loans and the malpractice insurance he needed once he went into practice for himself.  As it turned out the debts kept mounting, so he decided it was better for him to work in a medical group.

He began putting in long hours, left early in the morning to get ready for surgical procedures and often came home late at night.  The only time the kids and I got to see him for any length of time was on Shabbos and most of that was spent sleeping.  So, slowly but surely, the well of words dried up, and any conversation we did have had to do with decisions about the kids, finances, etc. I continued working and filling my days with the needs of our children, attending their graduations and plays, school presentations and PTA meetings as if I was a single parent, which in essence I was.

We became estranged from each other without a single fight, and what is not used or becomes neglected, simply dies. He stopped looking for me and I stopped needing him in that way.  In fact, my life was so full and busy I didn’t miss him at all.

Then, one day I bumped into a friend who davens in our shul. It seemed to me that she had something on her mind. After a moment, she took a deep breath and told me that she had spotted my husband having dinner at another restaurant across town with a woman and that it seemed far from a business meeting.  It looked extremely intimate.  She was sorry to be the one to tell me but felt that I should know. I was dumb struck, not knowing what to say, but nodded my head in thanks as she departed.

Maybe it was an innocent thing, maybe this friend was reading more into it than was there. I tried to excuse it away, but had to find out for sure. That night, after my husband was asleep, I went into his office and checked his phone and calendar.  And there it was, countless phone calls to and from the same number, documented meeting places and one constant address. However, I still wasn’t sure.

So, last night, when he said he had a business meeting till late, I parked my car a few doors down from the address and waited. Two hours later, he emerged and turned to embrace the woman in the doorway and then got in his car to drive home.

Here I sit, now, proof in hand.  What do I do?  How can I ever trust him or even be with him in the same room?  In all the years that we were not intimate with each other, never once did I even look at another man.  I never thought of being with anyone else.  Now this.  All I can think of right now is divorce.

At face value, divorce sounds about right, and in your state of mind, it is a perfectly logical solution.  But the law of the land states that every man is innocent until proven guilty, even though he sure seems to be. There is also the issue of how you play into this situation.  Why did you stop needing him and who pushed whom away and out of the picture making room for another? I don’t mean to come off sounding cruel or insensitive; I can only imagine the shock and the hurt you felt discovering you had been displaced and replaced, but after all those years of sterile conversation at best and no communication at all, things like this will happen.

Don’t get me wrong and I am in no way defending, excusing or condoning his actions, he is 100% wrong! What I do want to point out is that you realized somewhere along the way that your husband was “missing in action.” You had to be cognizant of the fact that you two had stopped being together, so why didn’t you question him back then?  When you are a couple, one or the other has to find the wherewithal to open the channel of dialog so that the marriage doesn’t fall off track.

They don’t hand out any awards for one spouse remaining celibate while the other philanders.  There is little salvation in sneaking after your husband to catch him in the act.  You say you can never trust him again or be with him in the same room, so that answers your question – unless you still love him just enough to try and see if there’s anything to salvage in your marriage.

Do you still feel anything for this man?  If the answer is yes, then try to see if the two of you can find a way to work things out.  It’s worth a try.  But first you have to confront him and give him a chance to say his piece.  Don’t be hasty and decide while you are still new to the throes of shock and pain. Divorce will always be an option, but should only come after some soul searching and the ability to make the choice based on solid common sense and introspection.

Should your husband agree to couples counseling in his desire to save the marriage, it would be wise to try it and see if there is anything to be saved.  Whatever you do, don’t ever have to look back with regret that you did something in haste and without enough time and thought.  Please contact me should you want to talk further. 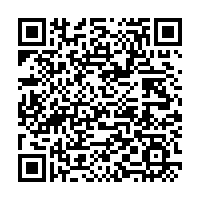