Jewish Americans who have been paying attention know there is a serious anti-Israel problem on U.S. campuses, and they have some idea of where it is happening. What most still don’t know is how or why it happened.

In Richard L. Cravatts’ new book,”Dispatches from the Campus War Against Israel & Jews,” (2016) he lays it all out.

“Dispatches” starts with the evolution of the “cognitive war against Israel.” Dr. Cravatts traces the modern trajectory of the oldest hatred. In its latest incarnation, the “new anti-Semitism” has morphed into a more widely acceptable, but just as hate-filled and irrational, version which hides behind the fig leaf of “criticism of Israeli policies.”

The intense contortions of those whose anti-Semitism was not acceptable forged a more acceptable conduit for the irrational hatred, which then flowed into the most-favored blame receptacle, now represented by the Jewish State.

Cravatts names the leading players behind this movement to recast and legitimize anti-Semitism, such as the University of Michigan’s Juan Cole, and Columbia University’s Joseph Massad and Edward Said. “Dispatches” also reveals how various cultural currents, such as multiculturalism, moral relativism and the grotesquely misnamed social justice warrior movement buttress this new lethal narrative.

American campuses are the petri dishes in which the latest version of the oldest hatred festers. Tuition and tax dollars feed the disease, while the fecklessness of campus administrations and even most Jewish organizations ensures its continued growth.

Today’s version of the Big Lie – that Israel is responsible for nearly every “pathology and failure” not only in the Middle East but for many even where Israelis have no footprint – is meticulously catalogued by Cravatts through his series of articles which make up “Dispatches.”

Luckily, moral detectives were able to recognize and categorize this new version of the old disease which lurks behind the moral narcissists’ claim of mere Israeli criticism. The villains are not the only ones whom Cravatts names.

Contemporary maccabees such as Martin Kramer, Ruth Wisse, Phyllis Chesler, and Canada’s Irwin Cotler, whose heroic efforts to name and shame those spreading the disease in the hopes of controlling the contagion are saluted. But the numbers and the ferocity of those seeking to extirpate the Jewish State are, sadly, far greater in number.

The effort to cast Israel – and therefore its Jewish citizens and supporters – as the ultimate evil in the world includes fevered references to Israelis as the new Nazis. It is a form of ex post facto exculpation, and also lets off the hook the youthful initiates who might otherwise feel uneasy spewing hatred. The linkage between Zionism and Nazism is frequently displayed in the signs held aloft at many campus demonstrations, as “Dispatches” reveals.

But the professoriat and their acolytes also delve into more recent history to stigmatize Jews and the Jewish State. Apartheid South Africa is a favored comparison to Israel, which reveals how little concern for facts plays a role in this academic game. Israel is one of the most diverse nations on Earth, one that has absorbed people of every imaginable color and religion. A quick peek at the Israeli legislature or the Israel Defense Forces puts the lie to the claim of Israeli apartheid, but as Cravatts repeatedly points out in his book, “facts are irrelevant” because Jew-hatred blinds the hater.

The second part of “Dispatches” explains the current malevolent phenomena of the BDS (Boycotts against, Divestment from and Sanctions against Israel) Movement. This section focuses on recent efforts by academic associations to attack Israel using the BDS form of warfare. Why American academic associations such as the Modern Language Association, the American Studies Association and others believe themselves justified in attacking Israel (and only Israel) is examined in-depth. What’s revealed in that examination is shameful. That academics fail to recognize the moral failure of attacking Israel says volumes about the state of the American academy. It is not only a moral failure but an intellectual failure for a profession of those whose sole job is education.

The final section of “Dispatches” consists of nearly two dozen campus case studies. The role of the virulently anti-Israel organization “Students for Justice in Palestine” gets a lot of play, and deservedly so. Cravatts catalogues a plethora of outrages set on university campuses throughout the country.

Although Israel and Jews are the primary targets of the latest version of anti-Semitism, Cravatts does a masterful job of revealing one of its collateral victims: free speech. The chapters dealing with the abandonment by the left of a bulwark of freedom, that of speech, demand attention. Further, the co-existence of “safe spaces,” “trigger warnings” and hate speech codes, with calls for Israel’s extermination and the justification of murdering Jews because of the mythical “occupation” should boggle the mind. And yet it hasn’t. Not yet.

The author of “Dispatches” told the JewishPress.com he wrote the book with the hope that “by understanding the toxic tactics of pro-Palestinians, readers can begin to see the danger of teaching a whole generation of students a false and damaging narrative about the Jewish state.

“If we understand the tactical strategy and know its weaknesses, we can begin to combat the lies and degrade the odious campaign to vilify Israel.”

Cravatts lectures around the country on higher education, anti-Semitism and the Israeli/Palestinian conflict. He has published hundreds of articles on these topics and is the immediate past-president of Scholars for Peace in the Middle East. Currently Cravatts sits on the board of the AMCHA Initiative, the Louis D. Brandeis Center for Human Rights Under the Law, and the Journal for the Study of Antisemitism. Read his book. 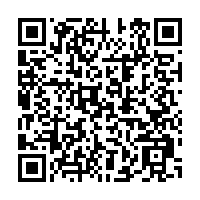