My wife and I are great fans of your column; in fact, it is the first thing we read when we get our Jewish Press.

I know that Tisha B’Av has passed, but as I write this, Moshiach has not yet come. That means we did not realize the seriousness of lashon hara and how much we need to stay away from it.

So many tragedies befell our nation on Tisha B’Av because we didn’t learn the lessons we needed to.

I assume we all know that on the 9th of Av, the First Bais HaMikdash was destroyed by the Bavelim and then five centuries later, the Second Bais HaMikdash was torched by the Romans. But did you know that on this day in 135 CE the Jewish rebels were brutally butchered in the final battle for Beitar. Or that Pope Urban II declared the first crusade on the 9th of Av in 1095? More than 1.2 million Jews were killed. Did you know that we were expelled from England on this day in 1290? And from France in 1306? The edict to banish Jews from Spain began on the 9th of Av and many historians agree that World War II and the Holocaust were long drawn out conclusions of World War I, which began in 1914 on Tisha B’Av. Himmler received approval for the “Final Solution” on Tisha B’Av 1941. And did you know that the Jewish Community Center in Buenos Aires was bombed, killing 86 people and wounding 300 people on Tisha B’Av?

These cannot all be meaningless coincidences. They are rooted in the lashon hara spoken about Eretz Yisrael during the time of the meraglim. Hashem was angry at the lack of emunah and bitachon showed by Bnei Yisrael – and which continues today.

By rectifying the sin and lack of emunah responsible for the divine decree of the 9th of Av we will be worthy of the blessing of redemption. It is the message of the calendar and its seemingly impossible coincidences that reassures us of Hashem’s presence despite all the calamities that befall us. Hashem will never forsake us. In fact, tradition teaches us that Moshiach will be born on Tisha B’Av.

As Rabbi Ashear says in Living Emunah, nothing in life is coincidental. Hashem runs the world and even finding a parking spot easily or missing a train happens for a reason. If we live with emunah and bitachon we will truly be free and have less anxiety. If we keep from speaking lashon hara and learn to treat others properly, we will bring happiness to this world and the World To Come.

Wow! Thank you for this amazing letter.

I think we all agree that being more careful with lashon hara and in the way we treat others will make the world a better place. Sinat chinam is one of the reasons the Beit HaMikdash was destroyed and it is bred by lashon hara.

I believe that the root of lashon hara is often deep jealousy. We often look at others and think they have it easier than us. In reality, that is not true. We all struggle in some way – there is not a house without challenges. We just don’t always see the ones other people face. Some are wrapped in clear garbage bags and others in black garbage bags. If we realize that everyone has different challenges, perhaps we would curb our lashon hara.

Hatzlocha to you in all your endeavors and may Hashem grant you Gefen – gezunt, parnassah and nachat. As you said, may we merit the coming of Moshiach soon! 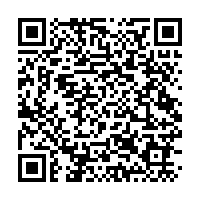