I am writing to you about my married daughter and son-in-law. They are both in graduate programs and study very hard in their respective programs. They are married for three years and have one child. I love my daughter but she is extremely careful to make sure that her husband is an equal partner in raising this child. They are like two children in the way they count who changed which diaper, who got up at night, etc. Everything that they do for each other is done by each of them reminding the other that they did “such and such thing for you, so you should do this for me.” I can’t stand that they both seem to always push their own agendas and don’t just happily try to give to one another. They are always fighting and bickering with one another. I do not know why they do this. My husband and I have a great marriage and my daughter never saw this at home. My son-in-law’s parents just recently divorced, so I am not sure what kind of marriage he saw growing up. My son-in-law was the youngest and we thought that his parents had a great marriage. The world was stunned when his parents separated right after the last sheva brochos for this couple.


Clearly my daughter did not see this in our home. However, she is a very competitive type of child and she is the youngest. Since they both are the youngest children, maybe neither of them had much responsibility at home. I know we definitely pampered our daughter, but we also tried to teach her a sense of responsibility.

I want my daughter and son-in-law to be more loving to one another and to stop the constant fighting and trying to push their own agendas. So what if my daughter changes two diapers in a row. I actually think my daughter is so afraid that she will have to do more childcare since she is the mother, that she is counting every single thing that she does. Maybe I am old-fashioned, but I still think that raising the children is primarily the mother’s role and it is great when the father helps out.

My daughter is such a feminist and feels that child rearing should be 50/50. She is also going into a lucrative field and plans to bring in at least half or more of the parnassah in the home. I think that she is an amazing, hard working girl, but I am not happy about her behavior in her marriage. They both seem to be acting in a competitive and unloving manner to one another. Giving is the basis of a good marriage. I don’t want to meddle, but please tell me what to do.

I think your concerns are very valid; however you will have to tread lightly as it is not really your place to get involved. It is difficult when two youngest children, who were adored and probably a bit spoiled, get married. Youngest children are often used to assuming less responsibility. It is also possible that your son-in-law may not have seen such a great marriage and this may be impacting this young couple as well.

It appears, as you noted, that your daughter is so afraid of being taken advantage of by her husband with respect to the child rearing, that she is making a grave mistake in her behavior in this marriage. In marriage if you are more loving and giving, generally the cycle of the marriage interactions become completely different.

I think as a mother you should speak privately to your own daughter about the behavior that you are observing. You should not speak to your son-in-law. However, your daughter may tell your son-in-law what you say, so be careful to only focus on how she must try to change the cycle in this marriage. She may also be acting in this manner as a way of showing her feeling of “a need for equality in marriage.” However, research and experience has shown that the more one gives in a marriage, without strings attached, the more one tends to get.

You have to be careful though how you speak to your daughter, so that she can hear you and not become instantly defensive. Remember, no one likes being told what to do, especially young couples who feel that they know better than everyone else. Thus, it would be prudent to say something like, “I am sure that you do not realize it, but I sometimes feel that maybe you are afraid of taking on too much responsibility in your marriage that you become a little too focused on exactly what you are doing. I am afraid that you may be harming your marriage in the long run if you continue to focus on what you are doing instead of what you can give to a marriage. I love you and want you to be happy. Do you think that you can try to maybe focus on what you can give to your marriage? I think that it may make your marriage even more special than it already is!” Hopefully your daughter will be able to hear you and understand what you’re trying to say.

It is important to try to focus on what we can give to our spouse instead of calculating what you give and what you must get. This “accounting” system in marriage is unhealthy and will not lead to greater love and closeness in the marriage.

We all have different needs in a marriage; however the most important feeling is to feel validated and appreciated. Your son-in-law sounds like he is caring and helpful with their child so a more appreciative approach will certainly change the tone of the whole marriage.

I wish you hatzlocha in finding the right words to reach your daughter. If you are not successful, then it would be a good idea to ask your daughter if she would want to see someone to enrich her marriage. If she agrees to see a professional, maybe you can help them by paying for marriage counseling so that they learn to treat each other differently. 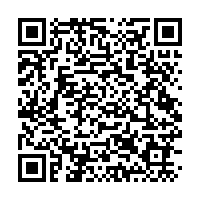