An FDA advisory panel on Friday overwhelmingly rejected Pfizer’s recommendation, backed by the Biden administration, of giving booster shots to recipients of the first two doses of the company’s coronavirus vaccine, the NY Times reported Friday (The F.D.A.’s day of lively debate revealed key questions about the evidence on boosters.). The panel agreed only to give the booster shots to people who are over 65 or at high risk, provided they received their second dose at least six months ago.

During the meeting, it turned out that Israel and the United States define severe illness differently, which is why the committee members dismissed Pfizer’s pitch that the general population also needed booster shots, and said the company’s own data showed that two shots were sufficient to protect against severe symptoms and hospitalization. Some members were critical of the absence of data from Pfizer that would show a booster shot is safe for younger people.


Centers for Disease Control and Prevention scientist Dr. Sara Oliver told the panel that In Israel, patients with an accelerated respiratory rate and an oxygen level of below 94 percent are considered critical, while the CDC considers only people who require hospitalization to be critical. This is why the two countries have reported very different outcomes in fully vaccinated individuals: Israel has more worried Jewish mothers.

In other words, Israel’s Health Ministry is saying that large numbers of hospitalized patients have received two doses five months earlier, but in the US, the CDC reports that vaccinated patients account for only 2% of those hospitalized Covid-19, because the two countries measure critical illness differently.

The head of Israel’s public health services, Dr. Sharon Alroy-Preis, told the panel that over the summer, the number of hospitalized patients who had been fully vaccinated was “scary,” and 60% percent of critical patients and 45% of the dead during the fourth waves had received two shots of the Pfizer vaccine. But now, after more than 3 million Israelis have received the booster shot, there are only about half as many critical patients. She testified that the boosters helped cut down the spread of the latest variants of the virus, and “actually saved lives.”

Pfizer VP Dr. William Gruber warned the panel that the US could face more than five million more Corona infections a year in people who received two doses 10 months earlier if it does not follow Israel’s example. “Israel could portend the US Covid-19 future, and soon,” he said.

But Dr. Oliver rejected Pfizer’s attempt to compare the US to Israel, saying Israel has only nine million residents and is less diverse than the US. She also reiterated that Israel’s definition of what counts as a critical case of Covid-19 is broader than the US’ definition, which she suggested was the reason for reports of more serious infections among Israelis with two doses of the vaccine. 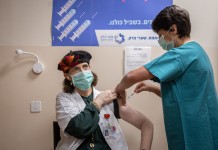 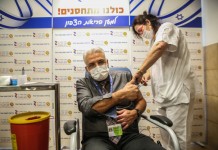