I am writing to you about my mother. I am Baruch Hashem married to a wonderful man, but the pain of my relationship with my mother is deep in my heart. I suffer from a very difficult relationship with her. My mother is a financially successful woman. She has always been the breadwinner in my parents’ marriage. While my father learned all his life, my mother was able to successfully run a business and support the family.


My mother probably sounds to you like a true Aishes Chayil; however, there wasn’t a day that passed that my mother didn’t tell my father what a loser he was because he did not make money or support the family. My father never answered her back. My father was always learning, giving shiurim, and trying to help out in the house by cooking meals, shopping, and taking care of the children when my mother was working. My father always spoke well of my mother and was proud of her success.

Over the years, my father’s self-esteem became lower and he became more submissive to my mother. He tiptoed around her and was always trying to have shalom in the house. This has only made my mother worse. Over time, my mother became more comfortable with the way she was behaving. Now, she will even scream and embarrass my father, my siblings, and I in front of other people. My mother has flourished financially and her financial success got to her head. She tries to control the whole family with her money.

This has gotten so bad that I have a lot of difficulty even being in the same room as her. My mother tends to exaggerate her achievements and talents, and take credit for things that she didn’t even do. She seems to believe that the whole world revolves around her. For example, my mother is constantly being honored by organizations and tries never to include my father. She therefore accepts honors like “The Woman of Valor” or other honors that just focus on her.

Behind her back, people do not respect my mother. Many organizations know how to play with her head to get her money. Some cousins and her siblings also know how to flatter her to get her to give them big sums of money. I have overheard people laugh at her behind her back. She often makes a total fool out of herself.

My mother thinks of herself as a superior person, has very little feelings for other people, and probably suffers from a deep lack of self-esteem. She can be arrogant, and has unreasonable expectations of her children. She helps us financially, but sometimes I just want to give her back all the money, since it comes with great expectations.

What is most amazing is that my siblings and myself are all frum, and are all happily married. I give my father most of the credit, because in his quiet way he was always there for us. He was the parent we went to with our problems, he was the one who gave us love and understanding.

My mother is only getting worse with age. She screams and becomes easily enraged if someone dares to contradict her wishes in any way. She is ridiculous in how she attempts to manipulate and control all of us. I am often embarrassed by her behavior in public.

My father who was stronger in his quiet ways when he was younger, seems more frail and insecure than he was when we were growing up. She is so disrespectful to him that people will look at her in shock in the way that she addresses my father, who is a true Talmid Chacham. I know that she will never go for psychological help, so please don’t tell me to encourage her to go. She will not listen to any Rav, since she has little respect for anyone but herself.

Perhaps you can try to explain to me what is going on with my mother psychologically as this may help me be more compassionate and less angry at her. I know this is difficult since you do not know her, but I am doing my best to be understanding instead of judgmental and this is getting more difficult for me every day. Perhaps you can recommend material that I can read that will help me to understand her better, so that I will not be so angry at her. I still care about my mother and want the best for her, but I am at my wits end with her at this point. Thank you for taking the time to read my letter.

It is difficult to diagnose someone that you never met. However, from the information that you provided, your mother sounds like a she has a Narcissistic Personality Disorder. “The essential feature of Narcissistic Personality Disorder is a pervasive pattern of grandiosity, a need for constant admiration and a lack of empathy beginning by early adulthood and present in a variety of contexts as indicated by five (or more) of the following:

From your letter, it appears that your mother lacks empathy for her children and your father. She appears to need constant admiration in her need to be constantly honored. “Individuals with this disorder overestimate their abilities and inflate their accomplishments often appearing boastful and pretentious….they require excessive admiration, since invariably their self-esteem is very fragile…Vulnerability in self-esteem makes individuals with this disorder very sensitive to any “injury” from criticism or defeat…They may react with disdain, rage, or a defiant counter-attack.” [DSM-5-pg. 670-671.]

It is possible that your mother may have had a difficult childhood, in which she did not get the confidence that she needed. Therefore, she may have developed a Narcissistic Personality Disorder to compensate for her challenging childhood. Narcissism means falling in love with oneself. It is different than a healthy sense of self-love that we all should have. It is an extreme self-absorption where one forgets about others. A sense of entitlement is evident in the narcissistic person’s unreasonable expectation of especially favorable treatment. They expect to be catered to and are puzzled or furious when this does not happen. This sense of entitlement which is coupled with a lack of sensitivity to the needs of others may result in narcissistic people exploiting and manipulating others to achieve their own needs.

I would suggest that you access the Internet under www.mentalhealth.com, www.geocities.com or www.homestead.com and look for Narcissistic Personality Disorder. Some of the material on the Internet is taken from the DSM-5. You can also look for popular books that discuss narcissism. A book that I have heard is good is called Malignant Self Love. It is written by Shmuel Vaknin Ph.D. (This book is also available online at one of the above mentioned sites.)

Hatzlocha in dealing with your mother. Please see her as having a problem and treat her with kibud em as much as possible! Sometimes when we can reframe our way of thinking, it is easier to deal with the stress that we are experiencing. Try to think of your mother as someone who is ill, as her behaviors do seem to be stemming from a psychiatric disorder. This will help you better handle your mother’s negativity and manipulativeness. You will likely have to separate yourself emotionally from your mother; however, if you are able to still be there physically for your mother, you will be earning a lot of sechar! 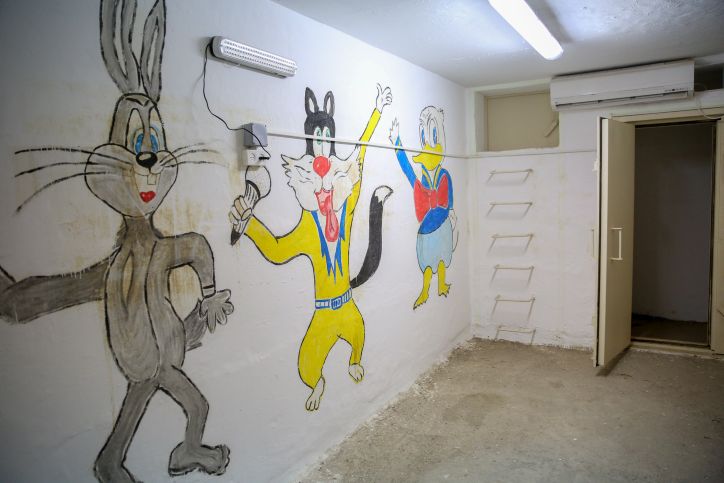