I just came back from an amazing Pesach program run by the Meisner family.


Meisner Pesach Program stands out in multiple ways. The gracious hosts, Yossi and Raizy Meisner, have been famous for decades as the gold standard in catering and unique hospitality. They and their family truly make you feel like mishpacha as well. The delicious meals and round-the-clock-tearoom nourish the body with the highest standard of kashrus and gourmet foods. Each day of Shabbos and Yom Tov features a lavish Kiddush and of course delicious meals throughout. The meals are all Mehadrin for Pesach with no gebrokts or kitniyos.

The spirit and soul are equally provided with internationally known speakers and Rabbonim. I was privileged to be among well known excellent Rabbonim and speakers. My lectures were well received, and my audience was excited and responded with excellent questions to enhance the ambience of the lecture. The crowd was wonderful, and the day camp was amazing.

Everyone loves good music, rousing singing and interesting entertainment. Michoel Pruzansky was an excellent singer who connected well with the audience, Ashley Blaker, a famous comedian, was very entertaining, and Marc Garfinkel was an excellent mentalist. Baruch Levine also inspired us with his music. Amazing Baalei Tefillos uplift the davening and minyanim, providing an unforgettable Yom Tov experience. The children and teenagers are never forgotten throughout Yom Tov. A wonderful day camp program keeps the little ones and all ages, including teenagers, happy and busy with exciting activities from the very beginning of Yom Tov until the end.

Each year all the guests leave with a smile on every face, having made new lifetime friends and absorbed never to be forgotten Torah, wisdom, practical advice and inspiration for a lifetime.

I would like to share with you a story that I shared on Pesach with my audience in one of my four speeches.

In a small town, hundreds of years ago, a small business owner owed a large sum of money to a loan shark. The loan shark was a very old, unattractive looking guy that just so happened to fancy the business owner’s daughter.

Needless to say, this proposal was met with a look of disgust.

The daughter naturally had three choices as to what she could have done:

She drew out a pebble from the bag, and before looking at it ‘accidentally’ dropped it into the midst of the other pebbles. She said to the loan shark, “Oh, how clumsy of me. Never mind, if you look into the bag for the one that is left, you will be able to tell which pebble I picked.”

The pebble left in the bag is obviously black, and seeing as the loan shark didn’t want to be exposed, he had to play along as if the pebble the daughter dropped was white, and clear her father’s debt.

Moral of the story: It is always possible to overcome a tough situation through out of the box thinking, and not give in to the only options you think you have to pick from. Often we seem to use the same strategies in situations when we are stuck and they don’t seem to work.

To my dear readers, we are all faced with situations that we think sometimes we are stuck with no way out. First, try to think out of your box. In this situation the loan shark was clearly a dishonest, mean person. However, often we are faced with people who may be acting inappropriately since they are struggling with issues and are expressing their pain through anger. If you think out of the box and you try to be positive, you will be surprised how many situations you can get under control.

Hatzlacha with dealing with your life’s challenges. 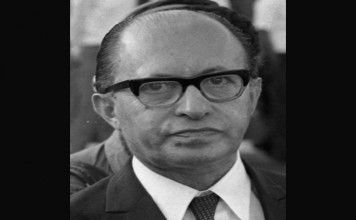 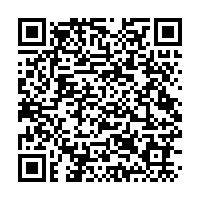