I was going through some old copies of Olam Yehudi and came across an article written by Dvora Waysman. I am writing to ask you for some clarity on an issue she raised.

Ms. Waysman, like most frum people, believes that family is everything that is good in a Jewish life – no exceptions. If a person does not get along with his or her family, it must be his or her fault. All families are warm and loving environments. Her article even says “families are like fudge – mostly sweet with a few nuts – but we do care about them because they are kin.”

What a harmful generalization. Since when does some shared DNA guarantee that a person will not treat his or her kinfolk like garbage?

Not everyone lives in Ms. Waysman’s idealized fudge house. In the United States and in other countries a tremendous amount of time, energy and money is spent to protect children from abusive family environments.

I grew up in a war zone. After struggling with depression for many years, I realized that my family was filled with toxic people. I am now estranged from my sister and had distanced myself emotionally from my mother. I took care of her physically as she aged, but out of duty. When my mother would do something particularly mean or callous to me, she would justify it by saying that, as she was my mother, she could do or say anything to me. Many family members use the “blood excuse” to justify their abusive behavior towards others.

Baruch Hashem, with a wonderful wife and great therapists, I have made progress in becoming a healthy person. As I said, many families create hostile environments in their home. There is even a tefillah in my Yom Kippur machzor that tries to reconcile “Honor your mother and father” with the painful reality that many mothers and fathers do terrible things to their children.

As a therapist, I know that what you endured as a child was, unfortunately, endured by many other people as well. An abusive family is toxic and can literally destroy a child.

It is true that growing up in an abusive home is very damaging for a child. There are parents who do not realize that raising a child means building his or her self-esteem and loving him or her in a way that builds his or her inner strength.

While I do not know your own mother’s family history, my professional experience tells me that people who are toxic were often raised in toxic environments.

It has been said that even among Holocaust victims, those who came from healthier homes were able to function with a better attitude than those who came from toxic homes. Author Victor Frankel wrote that the only thing in one’s control during the war was how one responded to being tortured. Those with a will to live and the ability to cope sometimes fared better. Dr. Douglas Labier, PhD once wrote, “First, consider some less visible forms of abuse, beyond the physical, that can create lasting consequences. For example, parental neglect; indifference to the child’s needs or temperament; outright humiliation; deliberate denigration. All may be fueled by the parent’s own self-hatred, jealousy, or narcissism.”

A study conducted by researchers at UCLA and published in the Proceedings of the National Academy of Sciences examined the effects of abuse and corresponding lack of parental affection across the body’s entire regulatory system. It found strong links between negative early life experiences and health, across the board. The effects permeate one’s entire mind-body system.

This study of 756 subjects suggested that “biological embedding” occurs through programming brain circuitry in ways that shape response patterns to subsequent stress. That causes wear and tear extending across multiple mind-body systems, and creates adverse health outcomes decades later. The researchers suggest that toxic childhood stress alters neural responses to stress, boosting the emotional and physical arousal to threat, and making it more difficult for that reaction to be shut off.

I often tell my clients that in coming for therapy and changing yourself and the way you relate to your own family in essence changes the lives of the generations that will emanate from you. Baruch Hashem, you found a positive, loving wife and somehow fought your own depression, even though you had to create your own survival tools.

Hatzlocha in your journey to psychological good health. 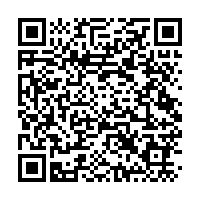