The Palestinian Information Center on Thursday morning tweeted: “Extremist Settlers Attack Palestinian Boy Near His Home in Hebron.” The tweet was accompanied by a picture of several masked men, and behind them stands Rabbi Raziel Shevach, father of 6, a resident of Havat Gilad near Shechem, who was murdered while driving home on the highway on January 8th this year.

Rabbi Shevach’s widow, Yael, commented on the tweet: “You know what’s funny? This man, my husband, your people killed him!! Disgusting.”


Moshe Fomberg commented on the same tweet: “Let’s hope they won’t come to arrest him now for violent activity, illegal gathering, causing harm and endangering human life … On second thought, let them come, he has an airtight alibi.”

Shortly before 8:00 PM on the day of the murder, Rabbi Shevach was driving his car on the highway near his home when shots were fired at him from a passing car. Rabbi Shevach was shot in the neck, but was able to call his wife. She told Ynet at the time that her husband “called me and said, ‘I’ve been shot, call an ambulance.’ I’m still shocked and horrified at how easily they gun us down.”

On her own Twitter account, the widow, Yael, roared this morning, “How how how ??? How can these be settlers today? How ????? He has been murdered for 8 months !! May your names be cursed, May God tear all of you to pieces, How can you disparage the dead? You have no honor!”

What Our Enemies Praise – The Jay Shapiro Show [audio] 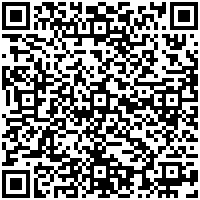