Self-esteem is one of the most important factors influencing human behavior.  Despite what some people believe, self-esteem can be a critical issue in marriage, where unresolved identity issues from childhood can place unwanted stress on a relationship.

Low self-esteem can be very painful and difficult to overcome. Our sense of self is something we come into the world with, which follows us through life like a shadow. If we lose it, we are lost. If we have we it, we can face all of life’s trials and tribulations and maintain our sense of satisfaction and emotional well being. Most parents understand the role self-esteem plays in childhood. When children grow up, we teach them how to take losses in stride, and how to win and lose with grace.  We teach children that it’s they, and not just their grades, that matter.


Once childhood passes, unresolved self-esteem issues can last for a lifetime. For example, in marriages where one person suffers from low self-esteem, he or she may feel that the other spouse never properly fulfills his or her emotional needs. And, where both suffer from feelings of low self-esteem, both the husband and wife may feel perpetually disappointed in their relationship.

A couple once came to talk with me about difficulties they were having in their marriage. The issue that was burning in their minds was the negative behavior of their teenage son. The father found it difficult to parent his rebellious teenager with confidence, and the wife had given up hope in her children and in her marriage as well. Overall, they were both visibly angry at one another, withdrawn and disappointed in their relationship.

I sensed that there were more issues hiding under the surface. After exploring their backgrounds, I discovered a complex history that pointed toward the issue of self-esteem. The husband, it turned out, had lost his mother at a young age and was raised by his father, who was too preoccupied with their financial survival to pay much attention to his son’s emotional needs.  The wife had also had a very difficult childhood. She grew up with a father who had a temper and would often yell at her without reason. Early on, she had learned how to adapt and “disappear” from the house when he was around.

Years later, these two individuals would continue their childhood patterns and be caught in an endless cycle of emotional turmoil. Here is how the self-esteem issues spiraled out of control: whenever he sensed that his wife was not responsive to his emotional needs, he would start yelling at her. His wife, who was mistreated by her father and had learned how to avoid conflict, would physically and emotionally withdraw from him and try to hide from her husband’s rage.  This would then intensify his feelings of rejection and make him even angrier.

To break the cycle, I suggested that both husband and wife needed work in the area of self-esteem.  They could begin by exploring how their childhood traumas were now influencing their present-day behavior. Through becoming aware of these inner issues, they would be better equipped to respond to their deeper emotional wounds and start healing their feelings of rejection and neglect.

Here is a list of childhood family issues that may be interrupting your ability to have a happy marriage as an adult:

A death in the family

There is no doubt that anyone who has experienced a divorce in their family may have feelings of low self-esteem.  Marital conflict affects people in various ways. Children who are exposed to conflict at home (which tends to coincide with a negative and hostile relationship between the parents) are more at risk for aggression, internalizing by withdrawing, depressive symptoms, and feelings of low self-esteem.

Also, an adult who, as a child, has lost a parent may feel a sense of loss that can carry on for a lifetime.  Losing someone at a young age can diminish self-confidence, create feelings of despair, and leave individuals with feelings of anxiety and uncertainty.

Part of the healing process is to become aware of these inner issues and to begin discussing them with one’s spouse. Talking about them in an honest and open way can help them become aware of each other’s feelings of abandonment. Here are some ways to nourish each other’s level of self-esteem:

Highlight positive aspects of their physical, mental, and emotional development, such as the way they look, the way they express their thoughts and feelings, the skills they have, and those they are developing.

Focus on their accomplishments. Congratulate them for their achievements, however big or small. Remind them daily of the things they do well and of the courage they have shown.

Help them to be realistic and accept the fact that, while they aren’t perfect at everything, they don’t have to be.

Teach them to laugh at past disappointments when they can. Use setbacks as opportunities for insight and growth.

Help them develop a support system of people they trust that will listen when they need to talk.

As the level of self-esteem improves, many couples find their ability to have a successful marriage is greatly enhanced.

Rabbi Daniel Schonbuch, MA, is the Executive Director of Shalom Task Force. For more information about Shalom Task Force, please visit www.shalomtaskforce.org. You can e-mail questions to him at rabbischonbuch@yahoo.com. To order “First Aid For Jewish Marriages” go to www.JewishMarriageSupport.com. 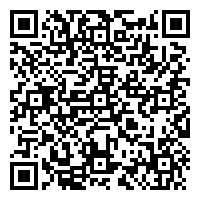